Connor may create an enhanced version of the podcast, Belfry SciCalc RPN iPhone calculator from scicalc.belfry.com, how to turn off Apple’s fake update of Safari on Windows at podfeet.com. Jane’s most excellent Time Capsule review, use Terminal to create a calendar. Margaret’s review of the Kodak EasyShare Z812IS (see extensive review at dpreview.com). In Chit Chat Across the Pond Bart and Al discuss a fly off of GIMP (gimp.org) vs. Photoshop Elements (adobe.combartbusschots.ie/blog/?p=787 and bartbusschots.ie/blog/?p=774 respectively. cavesofice.org for tools that add layer masking to PSE.

Today is Sunday April 27th, 2008, and this is show number 148. How’d you like getting that bonus episode this week? Kind of like a little surprise present in your feeds? I’m sure glad I did it, takes the pressure off this show. I got some good feedback already so I’ll keep that in mind if I ever get overloaded with material again AND have time to post two shows!

Connor and I have been discussing the idea of an enhanced podcast feed. usually when people ask me why I don’t have one, I respond with, “hey, what a great idea! How about YOU go through every minute of the show entering urls and images and then export the file as an AAC, upload to iTunes to add the tags, upload the file to the server, and update the feed FOR ME?” This usually scares people off, but Connor wrote back and said, “OK!” Yikes! We’ve been having discussions about how best to do this and how much work it would take on his part. He did a little test version and it took about 2 hours for him to put it together. He’s a committed kind of guy so if he starts this I think he’ll stick with it. I’m curious whether you guys really like enhanced podcasts, and if you’d rather subscribe to that than an mp3 feed? I do like the mp3 feed because it’s more inclusive – all mp3 players get to come to the party, not just iTunes and iPods. let us know what you think!

Belfry SciCalc
Loyal listener Jerry (that’s what he called himself) wrote in this lovely letter:

Allison, I’m a long time listener to your podcast and I have to say I love the way you present your material and the little stories you tell intermixed with the techie stuff. Don’t change a thing in the way you podcast. Well now on to the real reason I’m writing you, I was browsing the Apple site and came across an iPhone web app that I think you would like. It is called Belfry SciCalc it’s a calculator that you can toggle between Algebraic and RPN and I know you love RPN. This app is really cool looking you need to check it out. scicalc.belfry.com

Well Jerry, thank you so much for the kind words! It sure is a good thing that people like the little side stories of my life because I just can’t seem to stop telling them! I do think I’ve gotten into a good rhythm now on the ‘cast – when I listen to the shows even a year ago or so they sound kinda stilted to me. I’m finally relaxed after nearly 3 years! I checked out SciCalc from Belfry and it’s wonderful! finally a Reverse Polish Notation calculator on my iPhone! I sure hope someone writes one with the new SDK too. Hey, I just thought of something, i could do a web clip of SciCalc on the iPhone and then it would be just like a real app! I’m excited now!

Turn off Apple updates in Windows

You remember a while back when I went on a rampage about how Apple pushed out a software “update” (note the air quotes) to Safari on Windows, to people who didn’t even have Safari installed? I was very grumpy (to borrow a phrase) about it, and was ashamed of Apple for such poor internet behavior. Remember, this was not a true update, which is almost always a good thing, especially with all the security vulnerabilities that Safari is riddled with, but rather the people receiving this offer didn’t have Safari for Windows at all in the first place.

I thought I could help the cause of the righteous by posting an explanation of how to make this stupid “update” go away so you don’t have to keep hitting “ignore” on Windows. Next time the Apple Software “Update” comes up, select Safari (or any update you want to ignore) and then in the menu bar click on Tools, and pull down to “Ignore Selected Updates”. From now on you won’t be bugged about Safari but you’ll still get updates to other Apple products you INTENTIONALLY loaded on your system. Note in the menu that if you ever want an update back, you can restore them in the same Tools menu. there, I’ve done my public service announcement!

Jane Time Capsule Review
Jane from Perth, Australia sent in a marvelous review of the Time Capsule and how it solved a real problem for her. sit back and enjoy:
========insert============

Jane – I can’t BELIEVE this is your first recording! your audio quality is marvelous, and your delivery is beautiful. I’m so glad you took the time and energy to send in this review. I’ve been itching to buy a time Capsule but just haven’t been able to figure out why i couldn’t live without it! You’ve pushed me a little bit closer. any time you feel compelled to send in another review I think we’d all be delighted to hear it.

You know that here on the NosillaCast we always have to start with a problem to be solved, right? Well one problem I have is that the Mac doesn’t automatically display a nice month at a glance calendar. I know there’s a dashboard widget, and that does kind of help, but it does it with so much fanfare – dim the screen, wait until EVERY widget has made its internet connection, which can take a while if you don’t access your widgets constantly.

Most Mac users rarely dig under the hood and play with the command line, but here’s a case where it’s really useful. If you open the terminal, in just three characters you can get a month at a glance calendar! Simply type in “cal” and you have this months calendar. What if you want to see the whole year? You can’t do that with any other built in services on the Mac that I know of. To get the whole year, simply type “cal 2008” and you get all of 2008. Want last year? cal 2007 and you’re in business. What if you want a specific month in a specific year? Still easy – let’s say we want March of 2006, simply type “cal 03 2006” and instantly you’ve got the calendar on screen. I bet you never knew that the Terminal could be such a useful little lookup tool! 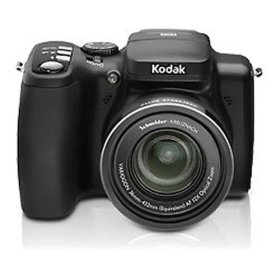 Listener Margaret was in the market for a point and shoot digital camera, and didn’t want to spend a lot of money. She had had good luck with Kodak over the years, so she researched the Kodak EasyShare Z812IS, and according to the reviews over at dpreview.com, they said it was pretty darn good for the money. Before I get too far into Margaret’s review, I should tell you this camera is for sale at Amazon for only $208. It’s a small point and shoot like I said, but it’s not one of the teeny compact models. Instead it’s got more of a traaditional camera shape with a substantial grip on the right side, and it sports a 12X optical zoom. 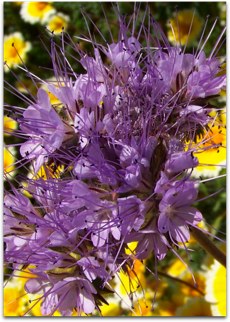 I put a link in the shownotes to one of the beautiful photos Margaret took with the z812IS (dopey name) so you can see for yourself what beautiful shots this camera can take. Here’s some notes Margaret sent me about the camera:

“The learning curve on this camera is low. I did have a head start cause I’ve owned Easyshares before. Still, it is an easy camera to learn. My dad is going to buy the same camera. You can choose to use the auto features or the manual P, A, S, M modes. I’m going to have to read up on that cause aperture, ISO and compensation settings is all Greek to me. I listened to your latest podcast and Bart lost me on how to take 7 photos to make one photo. Basically, if I can get half as good as your photography, then I’ll be happy. Other features on the camera include HD video, panoramic stitching (this feature is very nice).

I really appreciate Margaret’s review of the Kodak EasyShare camera because while it doesn’t meet my requirements, I often get people asking “what’s an EASY camera for me to get that will still give me good pictures?” Now I am recommending to those who don’t mind a little bit of bulk, don’t want to deal with the whole SLR, changing lenses thing, still want good quality and don’t want to spend a lot of money, the Z812IS fits the bill.

Chit Chat Across the Pond
Bart and I talk about his use of the GIMP (gimp.org
and my use of Photoshop Elements 6.0 (adobe.com to work on two photo techniques (partial black and white photos and tilt-shift photos.)

Partial black and white photo example is shown on Bart’s blog at bartbusschots.ie/blog/?p=787. PSE seemed to be a lot easier than the GIMP for this effect.

Tilt-Shift was a failure for Al on PSE because PSE doesn’t have Layer Masks. See Bart’s lesson on how to get this weird model effect on a photo using GIMP at bartbusschots.ie/blog/?p=774.

Sean Carruthers sent back a link to my Twitter about layer masks in PSE to http://graphicssoft.about.com/od/pselements/qt/layermasks.htm where they explain how to fake layer masks in PSE. But I still didn’t succeed.

After we recorded this segment, I got an email from Rob in response to my Twitter about it telling me that there’s a set of free tools someone has written to give Elements Layer Masking! The link to cavesofice.org is in the shownotes. I’ll be giving this a try soon when I make the time to experiment, I’ve already installed it but just have to fit in the research time to test it out! Thanks so much Rob, this will be fun!

thats going to wind things up for this week, hope you had fun, I sure did! Let’s do this again next week, shall we? Until then keep those letters coming to allison@podfeet.com or if you’re energetic and want to find out how hard it is to make a recording, send one in to nosillacast@gmail.com. Thanks for listening, and stay subscribed.