The term “uncanny valley” is thrown about more and more these days. According to wikipedia,

“the uncanny valley is a hypothesized relationship between the degree of an object’s resemblance to a human being and the emotional response to such an object. The concept of the uncanny valley suggests humanoid objects which appear almost, but not exactly, like real human beings elicit uncanny, or strangely familiar, feelings of eeriness and revulsion in observers.”

Well, now you can create that feeling of eeriness and revulsion with a free app on your iPhone X!

You may remember a video Steve posted from CES this year of the Bellus3D Face Camera Pro. This little camera connects to an Android phone or a Windows PC, to create a three-dimensional scan of your face. Steve included a scan of my face that definitely had the eerie revulsion effect on observers.

Now the same fine folks at Bellus3D have come out with Bellus3D FaceApp for iPhone X that uses the front-facing cameras to allow you too to create disturbing 3D image scans of you and your friends. 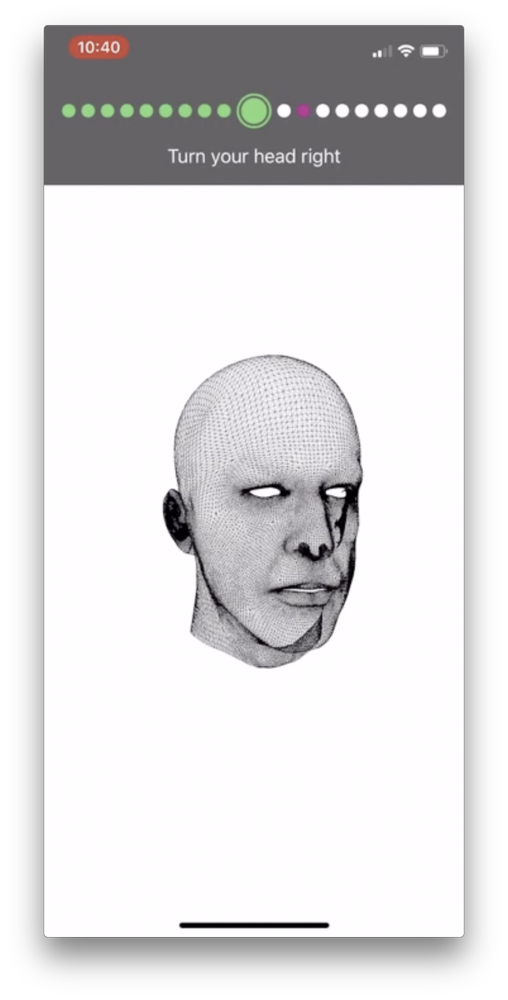 When you open Bellus3D FaceApp on your iPhone X, you’ll see an outline of a head and shoulders in red, and above that it says “place your face in the oval”. When your face is properly aligned, a pink record button will light up below your image.

When you tap the record button you’ll be given written and verbal instructions to look at the arrow at the top of the screen. Then it will tell you to turn to the left, turn back to center, turn to the right, and back to center. At that point it will announce, “capture complete”.

In only 8 seconds you will be rewarded with a very creepy 3D image of your face. Seriously, a 3D scan of your face, in color, in 8 seconds. We live in amazing times.

Across the bottom of the screen you have several fun buttons. One says Motion, and when tapped if you move your phone around the face will spin around too. There’s a reset button so you can get your head back on straight. 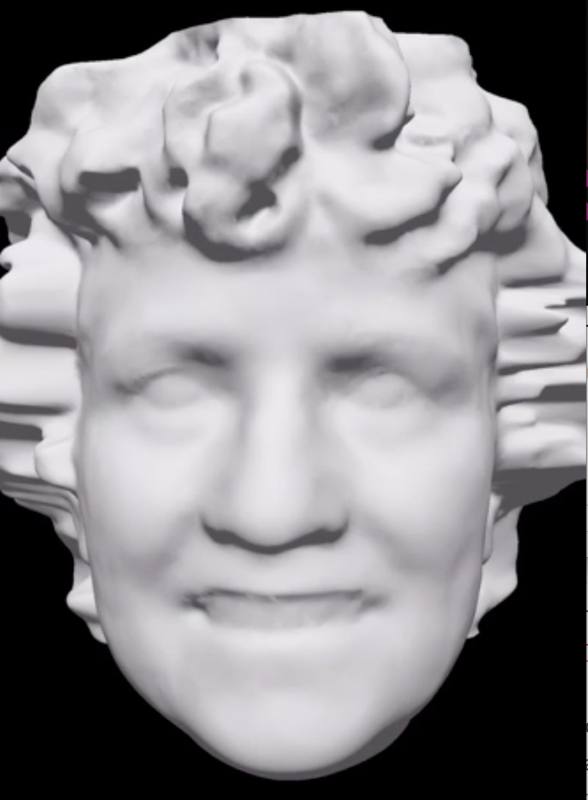 Next is a color button that actually removes the color entirely. With the color gone, you look just like a Roman or Greek sculpture!

Finally there’s an export button. There are two options. The first one exports a short video to your camera roll of your face turning left and right. The video is watermarked with Bellus3D but that’s not a big price to pay for a free, creepy app, right? They should get credit for it.

The second option for export is to buy the premium features. With Bellus3D premium, you can actually download the 3D model. You can get it as a ZIP OBJ, a GLB, or STL file. These different formats for 3D Models can be opened in some cases by free viewer tools. I found a web page entitled 2018’s Best Free STL File Viewer – The Top 20 and on the Mac there’s also Clari3D Free. But if you really want to play with your model of your head, you might want to check out the free Google Sketchup, as it will import STL files and let you build around them. Not sure if you can actually manipulate your head though!  You can buy unlimited premium exports for $8US for 30 days or a full year of uncanny valley exports for $25.

Alex and Eric from Bellus3D followed up with me and figured out why I was unable to export the video of my face. The way they create the exported video is to record the screen, but I was trying to use iOS’s built-in screen recording to show how it was doing it, so basically I was telling two competing processes to both record the screen. Nothing wrong with the app at all!

Back to the non-premium export option. When I first started testing Bellus3D and I asked to export to my camera roll, it asked for permission to record my screen. It then recorded my face rotating to the left, right, and back to center, and saved it in my camera roll. However, a week later as I started writing this up, tapping on the export to camera roll option popped up an error that read, “Exporting is now not available.” I’ve reached out to them asking if it’s a server problem that’s temporary (as in now) or if by this they mean we no longer intend to let you do this.

It’s not a huge deal breaker though, because we can record our screens with the latest version of iOS. In fact, this would let you create a much more interesting video. If you haven’t recorded your iOS screen before, it’s pretty easy but there’s an unusual step to get started.

Open up Settings, Control Center, and select Customize Controls. Look for the Screen Recording control, and drag it up into the “Include” section. Now get out of Settings and swipe down from the top right of your screen to reveal Control Center. You should see a record screen icon, a white solid circle inside of a white hollow circle.

Tap once to start recording, or 3D Touch and it will reveal an option to turn on your microphone while recording. I suppose this could be fun to record your voice saying something creepy while you move your head around in Bellus3D!

I hope you find Bellus3D FaceApp as entertaining as I do. I scanned a bunch of my family members and they were all totally creeped out by their own images!