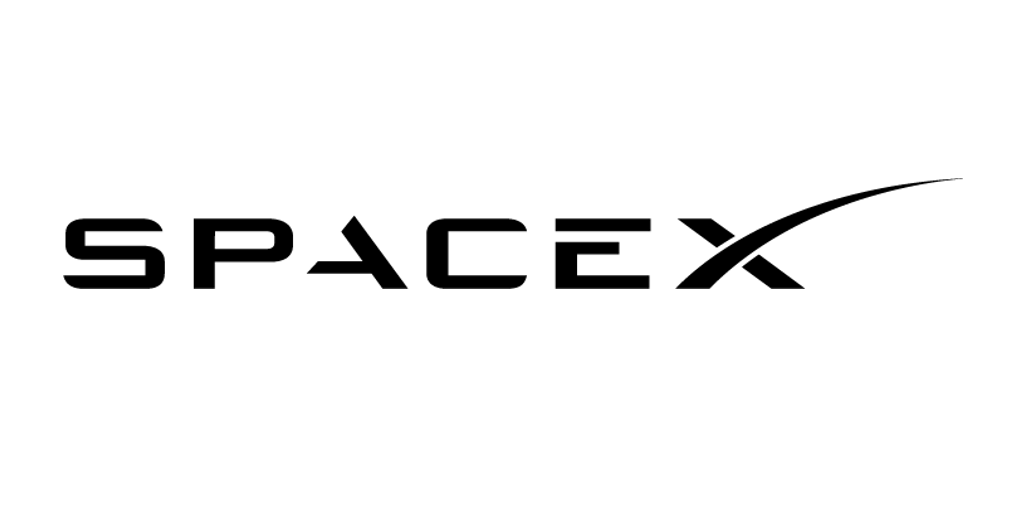 This week Steve and I had an extraordinary experience. Pat Dengler sent me an invite to an event hosted by Women Who Code, and it was hosted at SpaceX. And get this, they said we’d get to go on a tour of SpaceX before the event! They said they welcomed diversity so Steve decided to go along. We’ll both have to admit that the tour of SpaceX was the big draw.

We got there super early and yet had a lot of trouble finding the entrance. We found the door where we were supposed to go in, but it was locked. Eventually, the door opened and I asked the gentleman coming out if he knew if we were at the right door for the tour. He told us that he was pretty sure all tours were canceled that day. We were bummed but not sure he was an authoritative source.

We eventually found that they had moved our entry to the main lobby, where we found tons of people waiting for the tour, so that guy didn’t know what he was talking about. Whew! Then we went through the check-in process, but the little man behind the counter said I wasn’t on the list! Oh no! I pulled up my reservation on my phone and we discovered that somehow my last name had gotten changed to “In” instead of Sheridan. Luckily they adapted and I was able to get on the list.

The tour was absolutely spectacular and we were not allowed to take any photos. We got one shot of us in the lobby and one of us outside standing in front of the Falcon 9 rocket but nothing inside. I’m going to try to give you a sense of how amazing it was, without any pictures to prove it.

I’m so glad Steve was able to go because he loves all things space, and especially the Falcon 9 rocket which is built in its entirety under this one roof. He watches every single launch and he’s a member of a Discord group for the MECO podcast. MECO stands for Main Engine Cut-Off and it’s a show all about NASA, SpaceX, Blue Origin and anyone else who is flinging things into space.

So for Steve to get to go see SpaceX was a dream come true. I’m going to do my best to describe what we really found interesting on the tour, with the full knowledge that it will be impossible to convey how cool it was.

When we first walked in, on our right-hand side was the control room where they watch the launches. This was cool because it’s the view you see most of the time a launch is underway, as they report from this room. Our guide pointed up and behind us to the balcony cafeteria where SpaceX employees congregate to watch. We could feel the excitement we’d seen in these very rooms as launches succeed and the booster recovery failed or succeeded. Our tour guide explained that any SpaceX employee can apply to be one of the people doing the color commentary on the launches. I thought that was very cool and explains why we often see quite junior employees fully explaining the complexities of space flight that we’re watching.

Above us, as we stood next to the control room was a recovered Cargo Dragon capsule. This is the capsule that contained supplies that were delivered to the ISS and then returned to earth. Crazy cool to stand under something that had been in space. Steve noted the heat shield that faced earth as it plummeted through our atmosphere had a very asymmetric pattern on it, indicating that the capsule was designed to enter the atmosphere at a specific angle. If you’d like to read up on the mechanics of calculating that angle so that the capsule doesn’t experience too much deceleration vs. not enough angle such that it skips off the atmosphere, I found a very readable article at theconversation.com/…

When I was working as a mechanical engineer, I worked on mirrors and other optics that would be connected to what is called an optical bench. The optical bench was just a frame to hold everything but it had to be very stable through changes in temperatures. Metals expand and contract when experiencing temperature fluctuations, and while some experience less of this effect, there is a better solution.

We built the optical bench using carbon fiber for all of these reasons. I got to see and work with the final product, but I was always kind of bummed that I never got to see how carbon fiber was actually made. I tell you all of this because I was thrilled to see at SpaceX how they make the fairings. Built in two lengthwise halves, these fairings are the nose cone and cylinder that, when sealed together, protect the launch vehicle payload against the impact of dynamic pressure and aerodynamic heating during launch through an atmosphere.

SpaceX makes these giant fairings out of carbon fiber and we got to see how they lay them out. Imagine a professional holiday wrapping station with the roll of paper at one end that you drag out and then cut to size. Except now picture it 30-40 feet long and maybe 15 feet wide. It thrilled my little nerd heart.

A little farther along, we saw a fairing in the later stages of completion. We saw a robot with a huge (like 10 feet tall) u-shaped black thing under the fairing which was sitting with the concave surface down. I asked if it was a big cable wrap that allowed the machine to move along the length of the fairing, but it was way cooler than that. It was a giant magnet! Our guide explained that it was involved in the inspection of the interior of the fairing to look for imperfections. She said it used to be done by humans but it was really inefficient and Elon hates inefficiency so they designed this instead. I wish I understood what a magnet has to do with the inspection of imperfections.

We eventually were standing between two fairings. Our guide pointed out that on our right was a fairing that was just recently completed, but the one on our left had been to space and been recovered. I asked a dumb question at this point. I asked how come the saltwater didn’t wreck the electronics and such on the inside of the fairing? She (and Steve) explained that the fairing doesn’t ever fall into the ocean, they catch it with a giant net on a drone ship! How cool is that?

We talked about the recovery of the fairing and of course we’ve all seen the recovery of the rocket boosters actually landing on drone ships and in dual synchronicity on the ground. She explained that they considered trying to recover the second stage as well, but the recoveries they were already doing were 80% of the cost of a complete Falcon 9. Rather than spend the R&D to try and chase the diminishing returns of that last 20%, the decision was made to put their money towards Starship, the new spaceship that will take humanity to Mars. Yeah, that’s how Elon thinks.

I don’t know how to explain why it was so cool to stand about 10 feet away from a couple of people assembling the Merlin engine. I know, it’s just machinery, but this engine has propelled the Falcon 1 and Falcon 9 and even the Falcon Heavy launch vehicles into space. And we were right next to it as it was assembled. Again the pitter-pat of little nerd hearts.

The Falcon 9 rocket body sections are also assembled in this same factory. We saw one of these huge 12-foot-diameter cylindrical sections lying on its side. She explained that this factory is unusual in that SpaceX rockets are assembled horizontally rather than vertically. She pointed out a machine that she described as looking like Stargate. She called it that because it holds the rocket sections and then spins the two sections in opposite directions while making contact at enormous velocity. This spinning causes friction in the metals and they actually liquefy under speed which causes friction welding. I had never even heard of such a thing. We didn’t get to see it spin but even imagining that was pretty cool.

Every part of this 24×7-running factory was accessible as one giant, open area, with one exception. That was the 3D metal printing area. They had a window into this area and on the outside, a video running showing how the 3D printing works. She said that they actually create production parts in there. I was doubtful at first because 3D printing is so slow, but in such small production runs perhaps that is the way they can make more complex geometries efficiently. Steve noted that there was a warning sign before entering that breathing protection was required because of titanium dust. Crazy.

As we started back towards the front, an overhead crane started to move maybe 40 feet above our heads. We were surprised they let us just walk right under there. We didn’t even have hard hats on. Which, by the way, I find comical anyway – if something went wrong with that crane I’m not sure a hard hat would be anything more than decorative.

The final thing we saw in our short tour was a real curiosity. Coming out of the wall between the command center and the balcony cafeteria was a full-sized Falcon 9 landing leg strut. We assumed it was a mockup, but Steve got up close to it and found it was made of carbon fiber, so it was the real deal which our tour guide confirmed. We assume it was a preproduction piece but still very cool.

After the tour was over, we found out this was the first large-group, public tour that they’d ever done at SpaceX. I’m sure there are important people who can get in, but there’s no way to just ask for a tour. Even employees can take in only two friends per year. We knew this was special to us but had no idea how rare of an opportunity this actually was. I loved every minute of it, but I have to say that for Steve this is in his “died and gone to heaven” category of experiences. Probably up there with hiking to Machu Picchu and swimming with penguins.