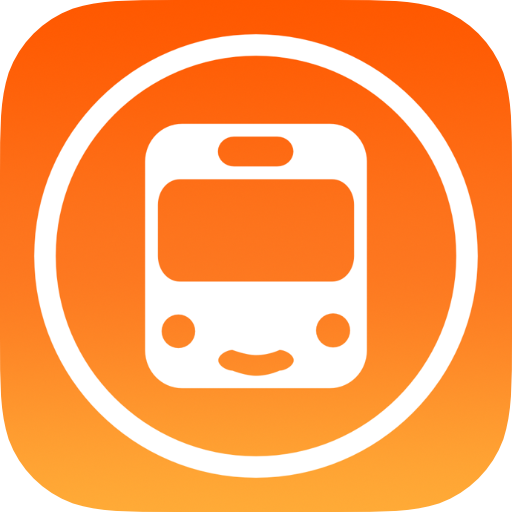 For the many years I have carried an iPhone in my pocket I have always wanted a good way to check on public transport timetables. I’ve tried many apps over the years and while many were functional none offered me the simplicity I was after.

A case in point is the official app of Metlink, the umbrella organisation that includes the local trains and multiple bus companies in my home city of Wellington. The creators of the app have tried to shoehorn in all of the information available and this makes the app cumbersome to use when you just want to know when the next service is heading where you want to go.

After trying so many apps over so many years, I began to believe that what I actually wanted was simply an intelligently presented version of the classic printed timetable. In fact, the Metlink website has exactly this and I almost always turn to it when I need to know what time the next train is leaving.

Then a recent App Store feature story included a couple of apps I hadn’t seen before and as both of them were free, I gave them a go.

Transit – Bus & Train Times is a fully featured planner which takes the approach of showing you everywhere you can go from nearby stops. It looks great, but it’s not what I need. I know exactly where I need to go, I just need to know when that next train is departing and going in my direction.

NextThere is the app that not only delivered exactly what I needed, it showed me how simply my needs could actually be met. NextThere takes a very simple approach. Search for a stop, filter for destinations from that stop, and add that to a Your Stops list. You can add up to three stops for free, and a subscription lets you add as many as you want. With your stops set, the app then becomes an instant source of exactly the information you need.

If you tap on a stop, it shows the times of the next three services that are going in the direction you selected when creating the stop entry. This is a very important distinction. Most other apps will show ALL services leaving a stop, which is particularly useless for major terminals that serve multiple routes and annoying even at outlying stops, most of which have services running in two directions. 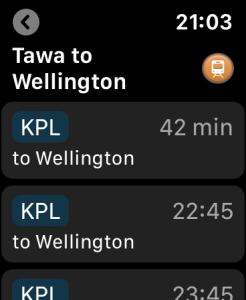 It gets better still. NextThere has a watch app which distills the information even further. The largest complication style shows the service identity (from and to stops) and the next two service times. The smallest complication style shows only a single number and unit — the number of minutes or hours until the next service leaves the nearest stop. At home in the morning, or at work in the evening, a quick glance at my watch tells me whether I have enough time to catch the next train. If I decide it’s not possible to make that service, a tap on the complication shows me the next two services as well and I can switch to other stops if desired.

NextThere is the perfect answer to a commuter’s question of “when is the next train, or bus?” and if you have no more than two legs to your commute, the free version will serve you well. The app covers all major cities in Australia and some regional areas, the three main cities in New Zealand, and San Francisco, Boston, Portland and Honolulu in the United States, with a promised expansion for the US and Europe. Note that the website linked in the show notes does not mention New Zealand, but it is included in the App Store description.

In addition to allowing extra stops to be saved, a subscription will give you push notifications about incidents and disruptions, access to visual themes, and additional settings to tweak the app behaviour. A one month subscription is only 99c and a one year subscription is a bargain at $3.99. There are no ads in the free version.