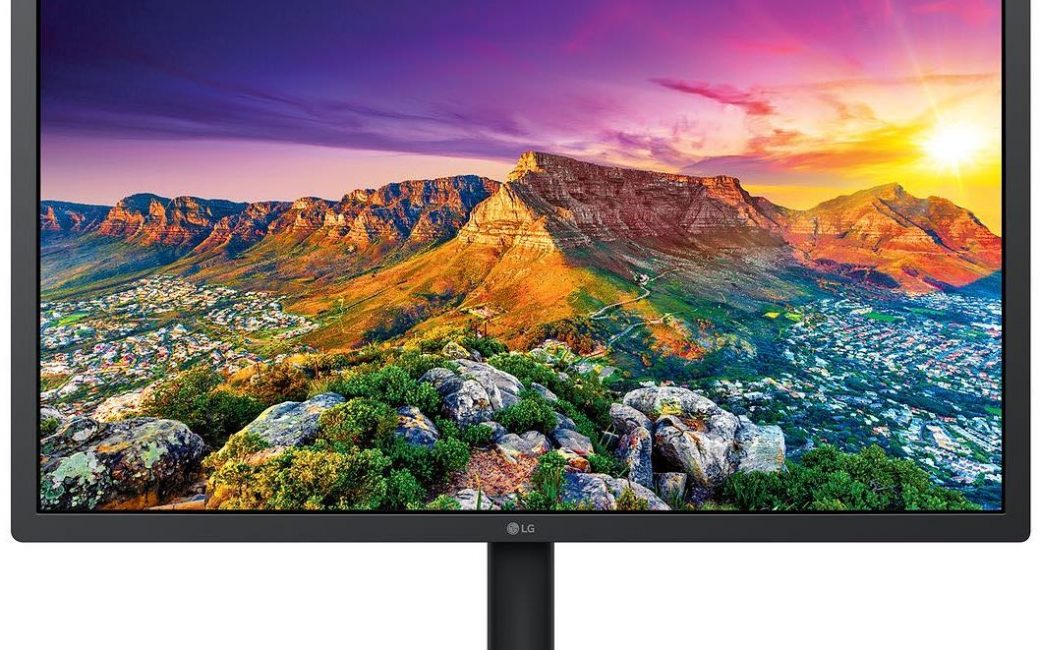 Good morning Allison and the NosillaCastaways, this is Jonathan also known as NuclearJon in the Slack and very occasionally the live chat.

When the quarantine started, like many others, I began working from home. This meant I had to convert my home office that was generally focused on my aging gaming PC to work with my 16 inch MacBook Pro that I use for work. It also meant adding an extra desk for my girlfriend to also work from home. She’s not very into technology so her home computing has mostly been her iPhone and iPad and very occasionally her gaming laptop, so she didn’t have an external display and after a few days of using the laptop on the couch was definitely ready for something more ergonomic. So we needed a new monitor. But what monitor to get…and who gets the new shiny?

Needless to say, she let me get the new shiny.

My gaming monitor was the HP Envy 27-inch UHD 4K IPS Monitor with Micro-Edge Bezel and AMD Freesync (Black) (link in show notes) and I really like this monitor. So it wouldn’t take much convincing for me to just grab a second one. This costs $500 on Amazon.

The top Wirecutter pick for 4K monitors is the HP Z27 27-inch 4K UHD Monitor. This one has some good reviews and I trust The Wirecutter recommendations so this one is definitely in contention. This one costs $539 from HP.

Then there were the two from Apple. The LG UltraFine 4K and the LG UltraFine 5K (both linked in the show notes). They are $699.95 and $1299.95 respectively. Since they are sold and supported by Apple directly (or indirectly?) they were definitely in contention.

I was going to plunk down several hundred dollars of hard-earned money for a new monitor so I wanted to know that it was going to last for a while even after the quarantine is over. Since I have this fancy new laptop that has the Port of the Future (USB-C and Thunderbolt 3) I wanted a monitor that could take full advantage of that. That is, run power and data over one cable to the laptop. These criteria turned out to be pretty easy, of the monitors on my list only the Dell doesn’t have this option.

One of the new hobbies I’ve gotten into over the past few months is programming thanks to Programming By Stealth and Bart Busschots and more specifically I’ve been dabbling in iOS programming. There are a few things that I know iOS can do but I can’t find an app that will do them and there aren’t actions in Shortcuts that can do it either, so I set off on an adventure to solve them myself…but that is another show.

The guys over on ATP (Accidental Tech Podcast) discuss external monitors and their setups for iOS development from time to time so I knew I wanted a monitor that was at least close to Retina so the iOS simulator works properly.

This turned out to be a more complicated question than I originally thought. When it was originally introduced on the iPhone 4 (yes retina has been around since 2010) it was basically enough pixels that your eye can’t distinguish between them at normal distances. But the actual specification is much more complicated. And I don’t know that I fully understand it. But I finally found a website that could help make sense of this from Marc Edwards (again learned from ATP) . This basically narrowed it down to the LG UltraFine displays. I only had to decide how much money I wanted to spend.

Let’s go through the comparison chart from LG.com to see why you might want to choose one over the other.

Accessories are the same between the two, as are the stand, IO selection, and speakers. There are really only a few differences:

The 4K is slightly brighter (540cd vs. 500cd). Side note: Cd is the symbol for Candela a unit of Luminous intensity that has been weighted to model the sensitivity of the human eye. One Candela is approximately the light intensity from a single wax candle, hence the name. You can also use the deprecated (but way cooler sounding) CandlePower to express your units of Luminous Intensity. But let’s get back on track.

The 5K has a higher resolution (a whole extra K), larger screen (an extra 3 inches on the diagonal), and also a built-in Webcam and Microphone which Allison says is pretty good (the webcam at least). On the other hand, it is almost twice the cost.

Allison: The original 5K LG monitors had a shielding problem which caused radio frequency interference problems with WiFi routers. This was fixed in 2017.

I ended up going with the LG UltraFine 4K from Apple. This seemed like a good compromise between price and features since I already have a Logitech c920 webcam and ATR2100(x) and the larger screen/resolution wasn’t worth doubling the cost to me.

We should briefly talk about why I originally hesitated from getting the LG displays were the bad reviews from its initial launch and everyone saying they weren’t very reliable. One thing that I found out when researching is that LG updated both the 4K and 5K UltraFine Displays in 2019. I can’t find a good comparison between the two so I have no idea what got changed but there was hope that the reliability issues were one of the things they fixed.

I was finally ready to place my order for a new monitor and get my new shiny. It took forever to arrive (like 3 or 4 days) but eventually it showed up on my doorstep and I excitedly unpacked it and set it up. I was planning on using the laptop monitor along with the LG so I also got a laptop stand to get it to the right height. After doing some research I went with the mStand from Rain Design since it was well reviewed and not crazy expensive at around $40 (considering I just spent $700 on a new monitor). But this review isn’t about the stand.

The monitor came pre-assembled so all I had to do was get it out of the box and plug it in. Which was pretty easy. One power cable to power the monitor and one included Thunderbolt cable to power the laptop and carry the display signal. Like magic, it worked. The laptop display flashed then both displays started working

I got it in early April so I’ve had it for a little over a month. I haven’t had a single complaint about it. I don’t know if the 2019 update from LG fixed a lot of the issued with the first version or I just got lucky with this monitor. Either way, I’m extremely happy with this monitor. I don’t really miss the extra size of a 27-inch monitor; 24 inches seems to be a good size for me and my workflow.

There are a few benefits that come from the integration with macOS that non-Apple (or non-Apple supported) monitors can’t take advantage of. Things like integrating with the keyboard/touchbar settings. On the MacBook Pro the Touch Bar shows sliders for volume and screen brightness, but with the LG display plugged in it also shows separate sliders for the volume and screen brightness for the external display.

So if you are looking for a new monitor for your laptop I can fully recommend the LG UltraFine 4K from Apple…as long as you are willing to pay the extra cost for a higher DPI screen.