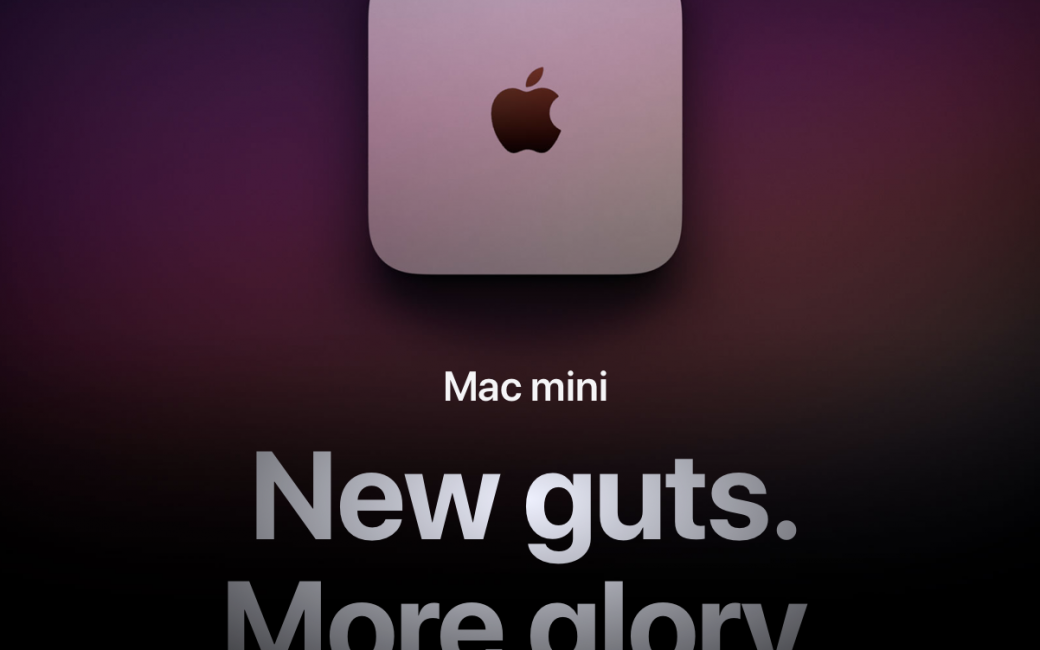 I received my new M1 Mac mini on Friday night after waiting a bit longer because I did a build to order to get a larger 1TB SSD. In theory, I bought the Mac mini to replace its aging predecessor, a 6-year-old 2.6GHz Intel Core i5. But let’s be honest with ourselves, I just really wanted an M1 Mac and since the big-girl MacBook Pro isn’t out yet, this was a relatively inexpensive method to get an M1.

Our current Intel Mac mini doesn’t really have much to do. Its primary duty is to run two applications that back our Synology up to our Drobo. The Mac mini runs Carbon Copy Cloner, which works great on all of the shares on our Synology but for some reason I and Mike Bombich cannot discern, Carbon Copy Cloner can seem to back up Steve’s giant Final Cut Pro video libraries. That’s where Chronosync comes in.

Between 2 and 3 pm every day, the Mac mini jumps into action and runs these backups and then goes back to sleep until the next day. For a while, the Mac mini ran as my PLEX server, but the itty bitty processor in the Synology is actually faster and more reliable. This Mac mini is so neglected that I just noticed it’s still running Mojave!

Regardless of whether I needed an M1 Mac mini, here we are. I’ve been a laptop user ever since the original PowerBooks were introduced, so I’m not used to using a desktop. However, my MacBook Pro is tethered to a CalDigit TS3+ dock most of the day. The dock provides power and Ethernet, as well as video to my 27” 5K LG display. In a way, my laptop acts as a desktop most of the time.

I’d love to start using the Mac mini for all of my work, but my Universal Audio Apollo Solo Thunderbolt interface for my big girl mic isn’t yet compatible with macOS Big Sur. I need to use the big monitor with my MacBook Pro but I can’t use the Mac mini without a monitor. I wanted to be able to to have my cake and eat it too. And that’s the beauty of using a dock. I realized I can just move the Thunderbolt 3 cable between the two Macs whenever I want to switch.

This does cause some mental gymnastics for me though. For ages I’ve had my MacBook Pro on the right side of my desk on a stand, the 27″ monitor right in front of me, and the Magic keyboard and trackpad connected over Bluetooth to the MacBook Pro.

Now when I’m working on the Mac mini, my desk looks exactly the same. I’ve still got the MacBook Pro on a stand to my right, and the keyboard and mouse are still right in front of me and the 27″ display is still showing the display of a Mac, but now it’s the Mac mini. Here’s an example of how my little brain gets confused by this setup.

While prepping for the live show, I had some audio I wanted to play from QuickTime and have the live audience be able to hear it. That’s pretty easy to do. I opened up Rogue Amoeba’s Loopback software, and added QuickTime to the virtual audio source I use to pipe audio to YouTube and Discord. But I hit play on QuickTime, and the little meters in Loopback didn’t weren’t moving for the QuickTime source.

I sat there in confusion for a few minutes before I realized my mistake. I had correctly set up Loopback on the MacBook, but then opened QuickTime on the big display in front of me, which was the Mac mini. Of course the MacBook Pro’s Loopback couldn’t hear QuickTime because it wasn’t there. I doubt this will be the last time I get confused like this!

I got the Mac mini in the evening on Friday and hooked it up and did a bit of playing around, installing just a couple of essentials like 1Password and TextExpander. 1Password isn’t universal yet so I got a request to install Rosetta, and it worked perfectly. My first impressions of the Mac mini were just what people have said – this is a noticeably snappy machine.

In noticed it in some odd places. I downloaded an app and moved it from Downloads to Applications and it felt like it vaporized it moved so quickly. If you had asked me how long it takes to move an app between folders, I would have already told you it was instantaneous, but this is even faster. I told Steve when I came down to dinner that I was hyperventilating because as I was feeding the Mac new things to do, it was doing them so quickly I didn’t have a chance to rest between activities.

In the morning I like to sit in bed with a cup of coffee and doodle around on the Internet. But I really wanted to play with the M1 Mac mini. Again, cake and eat it too, and I had a solution. I got my MacBook Pro and did a screen share into the Mac mini to continue to play. The 5K display was readable on my 16” laptop screen but I lowered the resolution a bit using Display preferences on the Mac mini just to make it a bit easier to see. It worked great.

I installed a few more apps on the new machine, mostly from the Mac App Store but a few from outside. I installed iThoughts so I could look at my clean install mind map to see what should be my highest priorities. I added Dropbox, Microsoft To Do, Telegram and Ulysses, and when Apple demanded I install Keynote, Pages, and GarageBand I allowed it.

I chatted with Steven Goetz about this interesting turn of events and he reminded me that I could use Activity Monitor to find the processes and force quit them from there. I was able to force quit the Displays preference pane, but I didn’t see a Force Quit process that I could identify.

Okey dokey, time for a restart. But the Mac mini wasn’t having any of that nonsense. With Force Quit stuck it wouldn’t obey the restart command. I had to resort to using the power button on the Mac mini. It booted up, asked for my password to log in … and rebooted. I tried again and again it rebooted. I let it do this dance 4 times before I decided it was time for a full power down with the hardware button.

When it booted up this time, it had more entertainment ready for me. It went into Recovery and told me to reinstall macOS Big Sur. Oh swell. I might have been able to bypass that, but who am I to argue? 45 minutes later I had a reinstall of macOS Big Sur 11.0.1.

This is when things get really interesting. When it finally booted up, I got a popup window with a little File Vault logo on it that said,

But I didn’t install any kernel extensions. The only thing I run that even smells like a kernel extension is the Audio Capture Engine for the Rogue Amoeba audio tools. According to a support article by Rogue Amoeba, it’s not a kernel extension, but it is treated like one by Big Sur and you have to go through a bit of a dance to install it. So that could have been the cause of the Panic Medic Boot, except for the fact that I hadn’t yet installed any of Rogue Amoeba tools!

The good news is that since the reinstall of macOS Big Sur, I’ve been able to have a few days more fun with the M1 Mac mini without any issues at all. Just to test the original failure path, I tried changing the screen resolution to see if it would hang up again. Not only did it not hang up, it was CRAZY fast. You know how when you change resolution there’s a delay and the screen goes black for a bit and comes back? That’s not what happens on an M1 Mac. It changes as close to instantaneously as you could hope for. I actually thought something went wrong it was so fast. It is life-changing!

When I do the live show, I use a USB-C display for the chat room, and my MacBook Pro basically has a hissy fit when I connect it, blinking on and off 3 or 4 times before it agrees to talk to it properly. I thought this might be a good challenge for the M1 to see if it would be instant. But I didn’t get to find out because the Mac mini doesn’t recognize the USB-C display at all. Not sure what’s going on there.

As Rony Heiby said so eloquently when I was whining in our Slack group about the problems I just described,

Relatively new OS on first generation new CPU chip. Hmm. Who could have predicted that there would be “issues”.