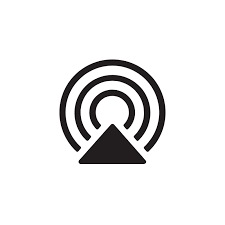 Since moving into my new house in January I’ve gone all-in on AirPlay 2 devices. This screenshot probably makes my point — and bear in mind it’s missing our second AppleTV which is off-line today in preparation for some furniture re-arrangement!

How did I get here? What was I doing in the old house? But most importantly, what do I need connected speakers for?

I also like catching up with the news while I shower, so I want a water-resistant speaker that doesn’t need a plug for use there too, and it needs to be powerful enough to be heard over the sound of the shower.

While I’m cooking and showering I obviously stay put in one room, but while I’m doing chores I’m often moving from room to room, so I need my sound to be ubiquitous or at the very least, portable.

Now that I work from home I’ve developed a new need — music while I work. Sound quality isn’t unimportant for podcast listening — bad audio is fatiguing after all, but quality still matters a lot more when you listen to classical music.

While I’m by far the biggest audio user in the house, I’m not the only one! My darling beloved does like to listen to music from time to time, and he shouldn’t be able to do that from his own phone with minimal effort. I also use more devices than just my iPhone, so I also want to be able to send sound from my iPad and macs to nice speakers.

There are also times when it’s nice to be able to shout at the air and have things happen — that is to say, I consider ever-present Siri a nice-to-have but not a must-have because I almost always have my watch on, and simply raising my wrist is not too much extra hassle 🙂

What I DON’T want:

In the old house, my audio life revolved around Bluetooth devices and AirServer — I had a Bluetooth speaker in the kitchen that I carried around as I did chores, one in the bathroom for when I showered, and I ran AirServer on my iMac in my Office/Den/Bedroom to make my much beloved Logitech speaker set with woofer available from my iPhone.

The Bluetooth speakers needed to be plugged in regularly to charge, and I always had to remember to turn them on and off. Because they can only pair with one device, I had to play all media through my phone, and we actually ended up with two speakers in the bathroom so one could be permanently paired to my phone, and one to my darling beloved’s phone!

When AirPlay 2 came to AppleTV I started to make use of that to have simultaneous sound in the kitchen and sitting room while I did chores, but having to have two televisions on just to listen to a podcast seemed spectacularly wasteful to me! While I only used this option sparingly, it did prove to me that AirPlay 2 works really well, and is very reliable.

Why I love AirPlay 2

A New Approach for a New House

When all the big-ticket items were bought for the new house (furniture, white goods, that kind of mundane domestic stuff), there was some money left in the budget, so, I decided the time had finally come to experiment with connected speakers.

The HomePod Mini caught my eye, but Apple was really really slow to start selling them in most countries, and by February I’d simply lost patience, so I figured I’d try the only other company I’d heard universally good things about from fellow Apple users — Sonos.

I wasn’t sure I’d like them, so I decided to start with just one speaker for the home office. Note that in the old house I had to work from my bedroom, so my iMac was available for playing music while I worked, but thankfully, the new house has enough space for me to work from a room that doubles as a home office and the guest bedroom. Great for my sanity, but now I had to listen to music on tinny laptop speakers — ick!

I wanted something that could be permanently plugged in, had no Google or Alex, and would be powerful enough to fill the whole room with rich sound. A black Sonos One seemed the best fit, so I bit the bullet and ordered one.

When it arrived it was the most Apple-like experience I’ve ever had with a non-Apple product. From the moment I opened the packaging I felt reassured that I’d chosen a company that sweats the details. The packaging was efficient but very easy to open. The setup process was simple, quick, and easy, and it even included a firmware update!

Yes, you do need a Sonos app to get your speakers set up and named, but after that, you don’t need to touch it.

The Sonos One worked so well in the office that I ordered a white one for the Kitchen just a few days later, and I pre-ordered a Sonos Roam with Wireless Charge Pad at the same time.

The Sonos One worked just as well in the Kitchen as the first one did in the Office, so that was one less Bluetooth speaker in my life!

It took a few weeks for the Roam to arrive, but when it did, the bathroom Bluetooth speakers got relegated too. Because it uses AirPlay 2 myself and the better half can easily share a single speaker for showering now, so two more Bluetooth speakers were obsoleted!

The charge pad sits in the office, and we grab the speaker from there whenever either of us wants a shower, or, need a portable speaker to carry around as we clean, or to bring out into the garden when the weather is good.

The Roam is rugged, waterproof, and surprisingly powerful for its size. The battery life also seems more than good enough, and with the wireless charge pad, charging is a breeze!

One thing I was worried about is that the Roam comes with Alexa, whether you want it or not. There is no Alex-free SKU 🙁 I wasn’t sure how much of a problem that would turn out to be, but I’m happy to say it’s no problem at all. There’s a hardware light to show the mic is listening for its wake word, and a button to toggle it on or off. When you turn it off it stays off. I toggled that button exactly once, the day the speaker arrived, and it has dutifully stayed off ever since without my ever having to do anything.

This was almost the end of the story — I think I want one of the Sonos Entertainment sets for the sitting room for Christmas, and that would have been that.

Then, a few weeks ago, Apple finally started to sell HomePod Minis in Ireland! Well — I just had to try them, didn’t I! I figured the most useful place to have Siri would be the kitchen, and since it’s a big open room that doubles as the dining room, I figured I’d need a set, so I ordered two and configured them as a stereo pair.

I have to say, getting the HomePods set up and paired proved more fiddly than getting any of the Sonos stuff working 🙁 We got there in the end, but there was quite a bit of swearing at Apple Home on the way 😉

Bottom line — the speakers work as well as the Sonos One did, and Siri in the kitchen is indeed nice to have, but for now, it’s not earth-shattering. ATM Irish Siri can’t recognise voices, so the HomePods are glued to my Apple ID. Multi-person support is coming to Irish Siri soon though, so that might prove to be a big deal, and it may take Siri from grand to something we actually love — we shall see!