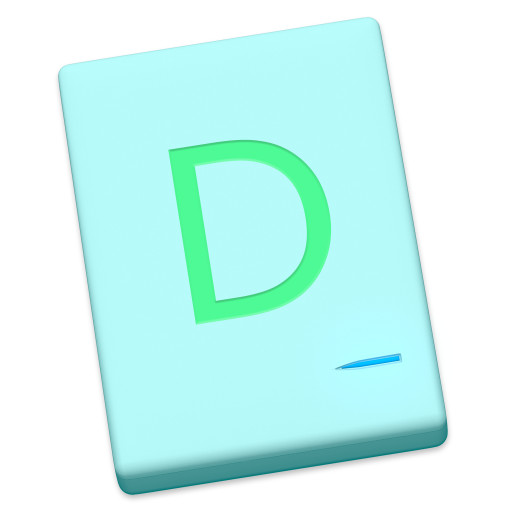 When I bought my Apple Silicon-powered MacBook Pro in late 2020, I wasn’t sure what I’d do with my 2018 Mac mini. My overriding thought was it would be useful to keep around as a server, but… what would it serve? I’ve traditionally sold all my old Macs to help defray the cost of my new shiny Macs but have for a long time liked the idea of a “Mac mini in a closet” to perform… err… some tasks.

I started really thinking about what features I have previously relied on when I had an always-on desktop Mac, and which I still want. It came down to two things: serving ripped DVD content, and sharing files with my wife. The former task is a pretty rare need these days with endless streaming entertainment available at the click of a button, and if I upgrade my wife’s iMac beyond Mojave iCloud Drive can deal with the latter task. So now I am finally in the position to have my Mac mini in the closet… there’s nothing for it to do.

One of the possible roles I considered for the Mac mini was something I’ve long desired… a mass storage solution. I coveted Drobos for many years and recently have been hearing a lot about Synology NAS units. I have a bunch of bare hard drives laying around my study with… stuff… on them. The Mac mini isn’t really well suited to this task, but maybe selling it could cover the cost of a NAS, and I could consolidate all that… stuff… in a single place and never lose another file again! 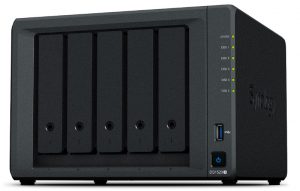 After much research I settled on what would be the ideal Synology NAS – a 5 bay unit – that could meet my total current storage and still allow for future expansion. However the cost of this unit is likely MORE than the Mac mini would fetch second hand in a private sale, and that’s an empty unit. Now I did say I have hard drives laying around and I worked out that I could actually populate the NAS with them. I could move my data around to clear two of the largest drives, put those in the NAS, copy data back onto them, freeing up additional drives to be placed in the NAS, too. At the end, I’d have my coveted mass storage device and… slightly less money than I started with.

It occurred to me that I could probably just buy a single, high capacity drive and indeed you can now purchase such drives up to an enormous 18TB! A moderately sized drive is cheaper than the empty NAS but then creates a single point of failure which would be expensive to address in the case of such failure.

So I put my thinking cap on and returned to what should have been at the top of this story… what problem am I trying to solve? To spend money! No. The problem is losing files. While it would be nice to have a single volume, or perhaps a few, always available at a moment’s notice, the reality is the contents of my array of hard drives are rarely updated or accessed. I have an Icy Dock “drive toaster” in which I can quickly and easily mount any of my drives — if I just knew which one. It was then the thought occurred to me there was probably a simple answer.

I took a punt and spent NZD$14.99 on the application Offline Disks File Searcher in the Mac App Store. This simple but effective app does one thing and does it well. You tell it to scan a hard drive and it captures the entire directory structure plus a little information about the drive itself and stores it. One by one, I mounted my drives and added them to the app, which now serves two purposes. If I want to move some files ‘offline’ I can consult Offline Disks File Searcher for which drives have sufficient free space, and perhaps similar content, or I can search all my drives just like with Spotlight, although this is limited to the file names.

So I now have my mass storage, with no single point of failure, and no lost files, for the princely sum of NZD$14.99. I’ll sell the Mac mini and put the proceeds into my tech gear budget for something else cool.

5 thoughts on “Bulk Storage on the Cheap – by Allister Jenks”