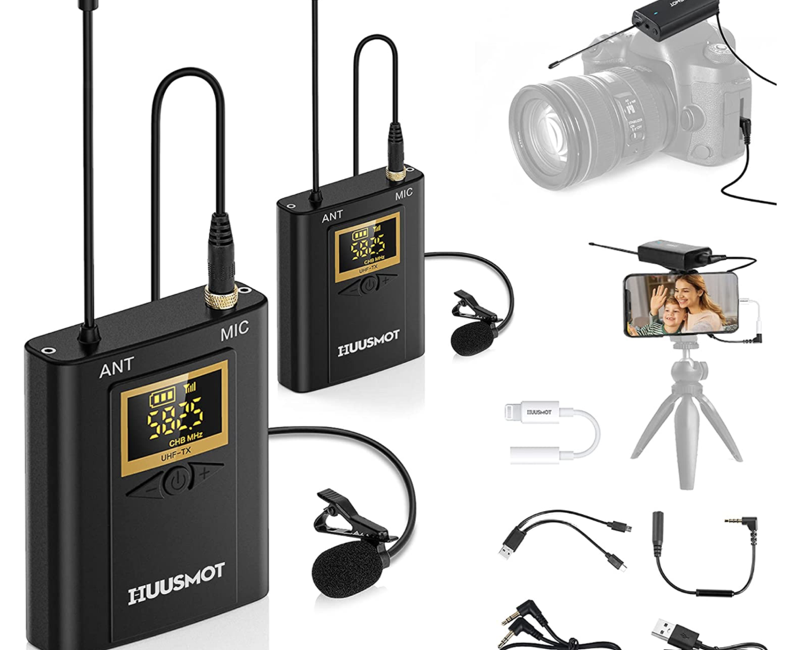 So, the “problem to be solved” here was that I wanted to make some videos about a community garden project I manage in my city of Deltona, FL. So I decided I was going to start a garden bed having never gardened before, and do a video diary of the process. Of course, this means I need to get some shiny new tech to accomplish this project.

I have several tripods of various heights and features, and I have some wired handheld mics that I’ve used for some other projects, but this was going to be all outdoor video around a community garden set up, so the immediate two challenges were how to get good stable video and clear audio while recoding outdoor activities and moving around.

I’ve played with some drones in the past, and one came with a handheld gimbal setup for the drone camera, so I thought that could be a solution, but it didn’t have any audio options and it wouldn’t mount to a tripod – so time to buy stuff!

Of course, the first place I check is podfeet.com to see what other castaways have found to get ideas. There are definitely a lot of good mic recommendations there, I’ve bought a headset and a desk mic, the ATR2100 I’m using to record this review based on articles there – but nothing quite right for what I was looking for.

True to my form, I either do things on a whim of impatience or I wait too long, overanalyze and never do it. This adventure was going to be in the former category. It was late evening on a Thursday. I happen to have Friday off, so I want to start this project on Friday.

I first thought, what does the local Best Buy have? I can run down there first thing Friday and pick up some things. Well, they didn’t have much to work with for either handheld gimbals or wireless mics for iPhone that I could see, so let’s check Amazon.

It’s now about 11:30 pm and I want to see what I can get from Amazon by 7 AM the next morning. For a gimbal setup, they had the DJI OM4 available for overnight, and that for me was kind of a no-brainer. The price was right at $149.00, so in the cart it goes. There were some interesting lower-priced options, but for this, I was going with a brand I had experience with, and it was only $50 more than the completely unknown brand options I saw.

Now, on to the mic and the true subject of this review – I needed a wireless mic option for the iPhone 11 Pro. I do have a pair of AirPods, and I did some testing with those. While certainly passable, the quality just wasn’t where I wanted it to be for this project that will probably span over 8 weeks of at least one video a week.

So I looked up some lavaliere mic options, again they MUST arrive by 7 AM. This is of course the most critical requirement that some little annoying voice in the back of my head is trying to tell me is just going to cost more when I get a non-known brand and end up having to buy a nicer option next week – but we don’t listen to that voice.
So two options bubble up to the top:

The HUUSMOT system comes in at $89.99. This one comes with two mics and one receiver, so could be good for interviewing people down at the community gardens.

The units are rechargeable, come with all the bits and bobs needed to connect to the lightning port or a standard headphone jack, all in a nice case.

The Alvoxcon wireless mic for iPhone & Computer comes in at $63.74. This one has a different design. The receiver connects via USB-A and looks like one of those early USB WiFi adapters or a very early jump drive. It’s a little chunky but comes with a USB-A to lightning adapter and a USB-A to USB-C adapter for use on Android – although I can see some other uses for that little gem perhaps – I’m looking at you iPad Pro….

This unit comes with two mic options – one is a little mic stub that comes directly out of the transmitter, and the other is a more traditional lapel mic on a long cable. The receiver and transmitter are both about the size of a car key fob with the transmitter being more rounded with a clip and a little antenna sticking out.

Both units were very easy to set up and use, just turn them on and they connect automatically. No issues getting them to be seen by the iPhone for recording and both are rechargeable via mini-USB. I haven’t used either in enough length to test the battery life, but reports on both give it around 4-6 hours of use. Plenty for anything I would need.

Right out of the box, without changing any settings on either device, I ran a couple of tests for comparison. For giggles, I googled “microphone test script” found some interesting results, so I’ll be using a set of test phrases from the appendix of: IEEE Subcommittee on Subjective Measurements IEEE Recommended Practices for Speech Quality Measurements. IEEE Transactions on Audio and Electroacoustics. vol 17, 227-46, 1969 I found on Columbia University’s website. [ http://www.cs.columbia.edu/~hgs/audio/harvard.html ]

I’m going to test each of the mic options: AirPods, Alvoxcom, and HUUSMOT with a tripod set up outdoors since that will be the primary use case for this project. There were many different mic test phrase groupings on the Columbia site, so I just picked one that looked interesting. I’m recording the review on a separate mic so that the difference between the three test cases can be heard clearly.

So, first impressions are that the AirPods are pretty decent, but the general tone and quality aren’t what I would want for a long-term project, but certainly an option in a pinch.

The Alvoxcon has a little too much “noise” and cut out a few times, so I’m thinking this one wasn’t worth the buy. The setup also is wonky given the receiver sticking out of the side of the iPhone can easily hit the gimbal as it moves and affects the overall balance. Not a great design for this use case and the USB-A to Lightning adapter is already coming apart, the sleeve is loose and comes right off. Not a huge deal, but pretty disappointing after just a test use.

The HUUSMOT I think has the best overall quality for the price, and the much more traditional setup works better with the gimbal given it is just a cable coming off the iPhone. The only issue here is that the cable connecting to the receiver needs to be secured somewhere around the tripod. During the test recording, I had it resting on the tripod and as the gimbal moved to follow me, it fell off but didn’t appear to impact the recording though, so that’s nice.

I think the overall quality of the HUUSMOT is closest to the quality I was looking for, even if it is on the quiet and muffled side. There is a “volume” button on the transmitter, but that was set to the highest level, so this will require more post-processing for the final products – something I need to practice anyway, so win-win. While this isn’t ideal for anything approaching a professional need, for this very very amateur project, I think it is a great option and a great price for what you get. Remember, this one has 2 mics, so now I can do interviews with the other gardeners down at the community gardens, which I’m very much looking forward to.

So there you have my review of a few options for wireless mics to use with an iPhone. I’ve already posted the first video in my diary series about starting a garden bed, so I’m off to a good start!

Allison here, with a confession and a bit more information on Troy’s awesome review. He actually sent me this review back in June and I missed it! I asked him how this project came along and he said he ended up moving the videos to a private Facebook group dedicated to the project. I did capture an audio clip from one of his videos that shows how just a little processing (mostly noise reduction and increased gain) made the HUUSMOT sound perfect for this task. Listen to how excited he is about his beans: