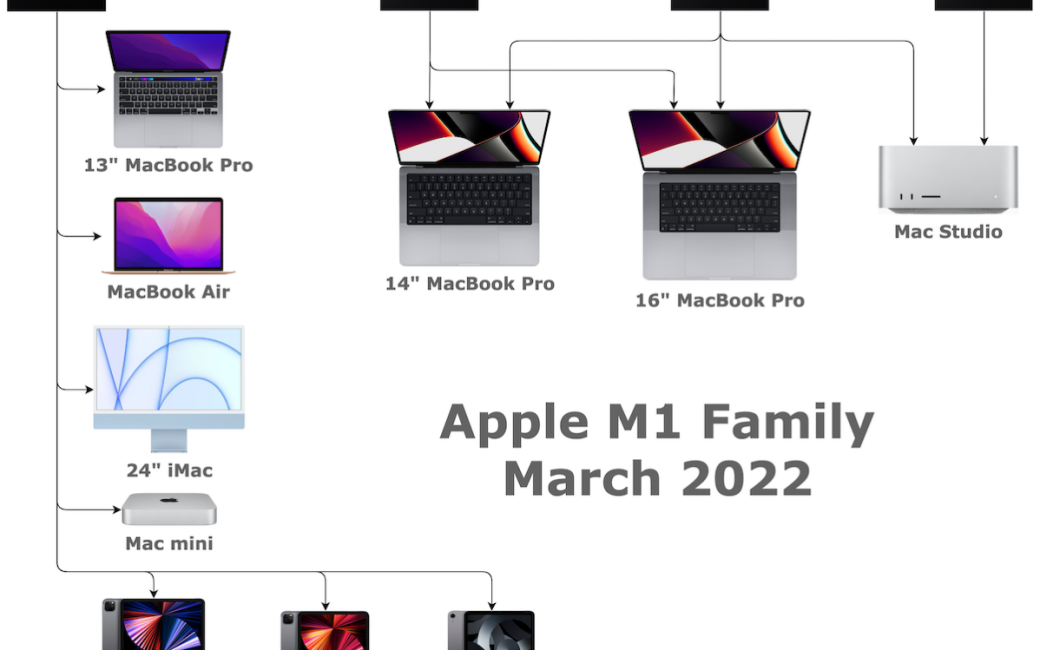 Last October I created a diagram to try to explain all of the different options available in laptops for the M1 Pro and M1 Max Apple Silicon processors:

This diagram is still valid, but this week Apple added yet another version of Apple Silicon, the M1 Ultra. In addition, for the first time since 2006, they introduced an entirely new computer: the Mac Studio. (The last time they introduced a new computer was the MacBook.)

They also introduced a new version of the iPad Air, which means we now have three iPad models which sport M1 processors. I started thinking about how this might call for a new diagram. It’s not entirely obvious, unless you spend quality time on apple.com, that you can get 3 different kinds of Apple computers with M1 Max, but only 2 with M1 Pro, and 1 with M1 Ultra, or that Apple now sell 6 devices with the M1!

I hope this new diagram of the Apple M1 Family as of March 2022 will be helpful to you. I put the month on the diagram because we’ve still got the Mac Pro coming and I wanted to be ready for an update. In case you’re wondering, all of these diagrams were made with the awesome web-based tool diagrams.net.