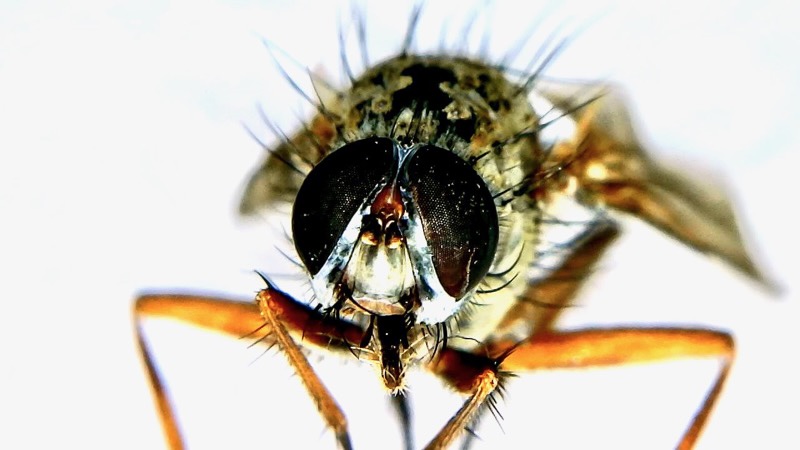 I bought myself a toy that I’ve been wanting for a long time: a digital microscope. My idea was that it would be fun for me to explore the microscopic world with my future scientist buddy, my grandson Forbes. I wasn’t sure how they worked or how much they cost, but I knew they existed so I went on a hunt.

I perused options on Amazon, looking for one that would work with the Mac and iOS. I wasn’t sure how I’d be using it but I wanted both options. I settled on the TAKMLY Wireless digital Microscope with 5653 ratings and 4.5 stars. There were less expensive models in the $20 range but they didn’t seem to have the features of the TAKMLY for $38.

What you get in the box is a small cylinder 1.3 inches in diameter and 5.3 inches long, which is the actual microscope. You also get an articulated base to hold the microscope in position while you move objects into its field of view. They included a micro-USB to USB-A cable which can be used to connect the microscope to a computer and is used to charge the internal battery. I couldn’t find any specs on the size of the battery or how long it should last but we played with it quite a bit without running out of juice.

If you choose to use the microscope with a Mac, they suggest you use QuickTime or Photo Booth as the viewer, since this device is essentially a camera. I looked at that USB-A cable when I first opened the box and realized I’d have to walk allllll the way down the hall to grab a USB-C dongle to connect it to my Mac. That was clearly way too much work.

The QuickStart guide explained that with their app for iOS and Android, you can use the microscope wirelessly. The app is called Max-see in the App Store. When first launched it explains that you need to connect to the devices’ own WiFi network.

I pushed the power button on the microscope to start its own WiFi, then on my iPhone I switched to Settings/WiFi, and immediately I saw a network called ‘max-see-ada’. I selected that network and then flipped back to the Max-see app, and the entire screen became the view of the microscope. I’ve dealt with devices before where you have to connect to their WiFi and they are notoriously fiddly, but the TAKMLY microscope took very little fiddling to connect.

The next thing I expected to be fiddly was the little articulated mount for the microscope. It has a single, plastic wingnut to tighten the joints, and yet it worked really well to hold the microscope in position while maintaining flexibility in positioning. Since I had a 5-year-old assistant, I did have some stability problems but that’s a different issue…

The TAKMLY microscope has a dial which turns on and changes the brightness of a ring of 8 LEDs around the camera tip. In Forbes’ and my experiments, this light source was essential to getting a good, clear view of our subjects. The LEDs and the tip are protected inside a clear plastic cylinder. Several times my able assistant wasn’t quite as delicate with the microscope as I would have hoped, but that clear, plastic protective cylinder really did its job as he jammed it straight down onto things.

They also include a small plastic cap to protect the tip which is easy to forget to take off, but when you look through the microscope, you’ll see the bright red lettering on the cap alerting you to the fact that you forgot. Not that this happened to me more than once…

There is an easy thumb dial on the cylinder that says 50X to 1000X. You would expect that to be the magnification factor, but that’s not actually the function it provides. It seems to be more of a focussing ring that you change depending on how close you are to your subject.

I found a pretty funny section in the Amazon ad that elaborates a bit on this topic. It says:

A Funny Tool: This electronic microscope is more of a fixed focus magnifying glass, not a traditional microscope, Not suitable for professional serious biologists! This is definitely a very interesting thing for parents, adults, teachers, students, kids, children, collectors, testers, electronics’ repair folks, and inquisitive folks who are interested in exploring skin hair scalp trichomes and the microscopic world.

There’s so much in that one paragraph to love. I’m glad they clarified that it’s a magnifying glass, but calling it fixed-focus makes no sense since the dial does change the focus. I like that they call it “a funny tool”; perhaps they meant “fun tool”? I love the warning that it’s not suitable for professional serious biologists. I had to look up what trichomes are. According to the dictionary, they’re the “small hair or other outgrowth from the epidermis of a plant”. I’m not sure the device even qualifies to see the microscopic world, but Forbes and I did get to see some really cool stuff with it.

We were setting up the microscope while Forbes was eating a cherry tomato, and as always happens with them, it squirted a seed out onto his napkin. He pushed the napkin under the microscope and it looked exactly like an egg yolk! He started poking it with the tiny stem of the tomato and it even moved like an egg. It was super cool.

One of the advantages of using a phone or a tablet with this kind of microscope over WiFi is that you can simply pick up the display to show it to other people in the room. We did it with my iPad Pro and later my iPhone and it was super fun to be able to show what we were seeing without having to drag people over to look.

The camera part of the Max-See app works perfectly, but if I had to make one suggestion it would be to add some sort of feedback to let you know when the photo has been taken. When you tap the camera button, nothing visually changes onscreen so you have to trust that it captured the photo, or flip over to Photos to verify.

I left the room for a bit and Forbes’s dad Nolan found a dead fly and they put it under the scope. They were able to get a wicked cool closeup of the fly head where you can clearly see the tiny parts of the fly’s compound eyeballs and the hairs on its legs and body. For the squeamish, it’s pretty creepy but for the scientist in the rest of us, it’s amazing.

We went down to where there’s a creek in town and gathered some stagnant water to hopefully find amoebas. I’m not sure this “microscope” would have found them if they’d been there but we didn’t see anything cool in the water. like we’d hoped. Instead, a big surprise was how cool carpeting looks up really close.

We also looked at the cover of a book that had a glossy, color photo on the front and discovered a very unusual pattern of screen printing. It’s hard to describe. It’s basically yellow but with dark brown concentric rings that have flecks of yellow, green, and orange in them, and then radial lines emanating from those concentric circles. I’ve never seen anything like it.

I have a feeling Forbes and I will be playing with the TAKMLY microscope for a long time, but we’ve already gotten our $40 worth of joy out of it. I put a link in the shownotes to the model we bought, but you might also want to take a look at the newer model TAKMLY are selling. Instead of an articulated arm, it’s got a simple bendy arm and it’s attached to a large black base with lines on it for comparative measurement.

I just noticed that TAKMLY sell an endoscope too for only $19. I can start my own medical practice! But seriously, the endoscope they show is designed to snake the long, semi-flexible cable down into pipes and other hard-to-reach places to see what’s going on inside. That might be a handy tool to have around!