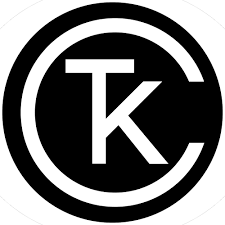 Hello fellow NosillaCast-aways. Originally this was going to be about the Wyze Watch, but given the black-eye they’ve taken over security lately, I’ll just say that the watch is fine for the price but buyer beware of the security policy of the company.

So what am I going to talk about? The Keychron K6 Wireless Mechanical Keyboard which retails for $55US.

“The Problem to be Solved”™

Let’s start with the model and specs I got:

The wireless aspect of the keyboard is fairly basic, but it’s well done and it works basically like it says on the tin. The keyboard can also be plugged in via USB, the on-device connection is USB Type-C so you’ll need the proper cables/dongles to connect it directly to the computer.

Along the left-hand side of the keyboard is where the USB connector and physical switches for the different basic modes are. There are two switches, one that swaps between Windows and Mac layout, and the other switches between wired and Bluetooth. The wired/Bluetooth switch has a “middle” position which turns the keyboard off.

The RGB backlight is maybe a bit excessive, but it is something of a delight. Sure you can look hella 1337 (pronounced leet) but it does have an actual function, that being seeing the symbol on the keycaps in many different lighting conditions, much like the backlit keyboards of the MacBooks.

The fun comes in when you swap the back-light modes, using a dedicated button in the top right corner of the keyboard. The button moves through the colors, and the preprogrammed patterns. My favorite is the one where the key you press creates a “wave” along the row of keys, so if I press the “T” key it flashes, and then going to the left and right are a trail of light along the whole row. This can become chaotic if you’re a fast typer, which is also kinda fun to watch.

When you look at the keyboard it is roughly the same size as the keyboard on a 2011 MacBook Pro 13” (which happens to be my main computer). A significant difference though is that there is no function row, this is because it is a 65% layout and you also lose the ten-key input from the right-hand side. When I purchased the keyboard I thought it was exactly what I wanted, and I was mostly correct. But I really miss that function row. There are so many little features of my text editors that are just a little more complicated to get to.

There is a way to access the function keys. On the bottom of the keyboard just to the right of the space bar there are two extra keys, instead of the usual alt and ctrl, these are the meta function keys, which allow access function keys and the special keys like the media controls. Using these keys feels a little like using emacs with the extra ‘chording’ keystrokes, but it’s more intuitive than emacs. With a little practice, I’m at about 95% of my usual speed on a “Ten-Key-Less”\TKL\80%.

If you read the list item above about Gateron and are trying to remember which Transformer that is, it’s the manufacturing brand of the switch, not a colloquialism. The resurgence of the mechanical keys made it big with the Cherri brand. Pro gamers and programmers raved about them and many imitators followed. I’ve found Gaterons to be very nice and you’ll likely not miss the Cherri branding.

If you surf the Keychron site or any of the many forums about mechanical keyboards you’ll hear the switches referred to by color: blue, red, and brown being the most common ones. The colors are indicators of how each of the switches is designed to respond to pressure.

Since I purchased this keyboard (back in 2020) a new switch type has been added to the available options, the “optical”. I have not had a chance to try these, nor do I have any insights into how they feel or sound. Although they do sound RAD.

This is all well and good, but do I recommend it? Emm. The 65% layout is a much more specific use case than I had originally planned on, so I’m not certain I’d recommend this one. But the TKL or 80% should be a very very viable option for most of you. It is a bit more expensive, but the build quality of these keyboards is top-notch, and you will not be disappointed by the typing experience.

If you’re feeling a little uncertain about which switches are right for you, there is the option of going with “hot swap-able” switches, these can be pulled out of the keyboard and changed at will, heck you could even mix and match them for a truly custom experience.

This is where the “hobby” aspects of the mechanical keyboard come in, the switches can be changed, and the keycaps can be changed, there’s a cottage industry of people making weird and wonderful keycaps. They don’t always do much for typing but they look hella rad, for example, there’s a set I found a while back that is fast food-themed, so cuuuuute!