30th Anniversary gooiness, interviews with Voiceye and Bookshare with Allison Hilliker from the CSUN Persons With Disabilities Expo, my in depth study of Google Drive vs. SkyDrive or as Steve called it, This Week in Excel. in Chit Chat Across the Pond we’re treated to Katie Floyd of the Mac Power Users podcast to talk about user groups yesterday, today, and tomorrow. 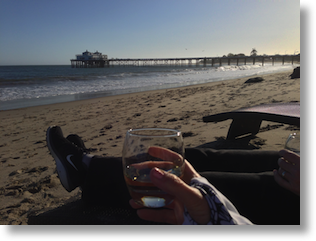 Hi this is Allison Sheridan of the NosillaCast Mac Podcast, hosted at Podfeet.com, a technology geek podcast with an EVER so slight Macintosh bias. Today is Sunday March 10, 2013 and this is show number 409. This week is Steve and my 30th wedding anniversary and as a treat we went up to Malibu to stay at a swanky hotel. I have to apologize to everyone on Twitter because they were spammed all weekend with adorable photos of the two of us walking on the beach, drinking wine on the beach, eating breakfast overlooking the beach, having dinner in nice restaurants overlooking the beach…you get the picture, right? I have to say getting to spend 30 years married to my best friend is pretty darned good. Luckily I did a LOT of work in preparation for the weekend, so we’ve got a huge show. I’ve got a couple of audio interviews from the CSUN Persons With Disabilities Expo, I’ve got the comparison between Excel online through SkyDrive vs. Google Drive that I promised you last week. If we have time I’ve got a fun Dumb Question too. Unfortunately Bart got sick this week and lost his voice, but Katie Floyd of the Mac Power Users graciously agreed to swap from next week when she was scheduled and she’ll be the guest for Chit Chat Across the Pond today. Bart should be back in good health for next week’s show I hope.

Last week I had too much content to tell you about how much fun I had at the CSUN Persons With Disabilities Expo. There’s something about disabilities that brings out the creativity of software and hardware developers. They come up with the coolest gadgets and apps you’ll see. I only go for about a half day and see only about half of the exhibit hall – I haven’t even been to any of the conference sessions!

I think another thing I love about it is that it’s perfectly normal here to have a cane, a dog, a wheelchair, speech problems, mobility problems – everyone is completely normal here. I went up to a booth where a guy in a wheelchair had been chatting with the people in the booth. I asked him to tell me about what he’d heard. His speech was challenging, but his enthusiasm for what he’d just seen was not. After a minute or two I got the hang of the cadence of his speech and he convinced me that I should spend some time with the the Voiceye people. His name is Daman Wandke and he told me that he is a program analyst at the Federal Housing Finance Agency working on their section 508 website. It was delightful to meet Daman and so freeing to be in an environment where people are just people.

I didn’t have my videographer Steve with me, but I still wanted to capture some of the booths that I found really interesting. I did two video interviews and three audio interviews with my iPhone and they actually came out really well. I’m going to give Steve a weekend off so he doesn’t have to edit these videos right away so we’ll start off with some of the audio only interviews. I know this isn’t mainstream stuff for a lot of you but I think you’ll be amazed at what creative applications people have developed for those with disabilities. Let’s go ahead and get started with the first one.

Interview with Shane Byun who was representing Voiceye. You can go check out Voiceye at voiceye.com 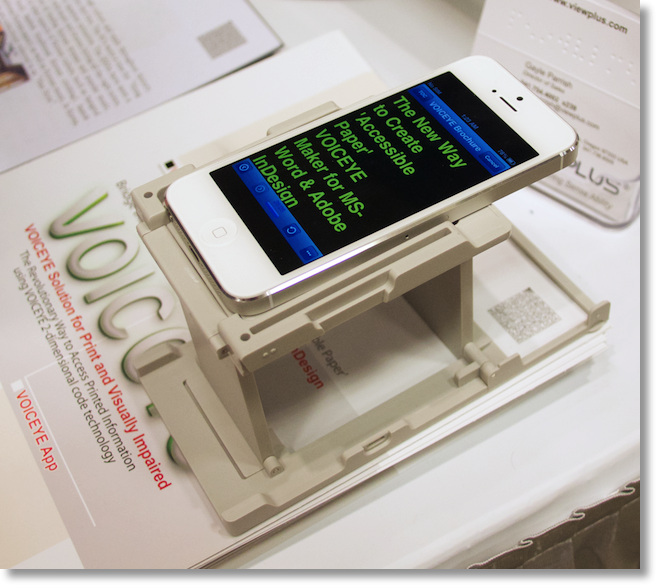 Last week I promised during the conversation with Chris Ashley that I’d test out both SkyDrive and Google Drive up against Excel to see whether you really could switch away from Office with this new pricing. Before I tell you how that turned out, I should mention that Microsoft changed their position on standalone Office, if you buy a license you CAN move it to another computer now. Thanks for everyone who sent that in.

To compare Excel to SkyDrive to Google Drive, I opened all three up and tried the same capabilities on each. This is far from an exhaustive study but they’re the things I do commonly in Excel, and I explored some home features that a normal person probably wouldn’t use. Both web-based spreadsheets provide the same kind of functionality in entering data, formatting bold, italics, or normal number formats like currency and percent. They both allow you to insert cells, rows, and columns, and do all of the usual center, left, right justification kinds of things, and add borders to cells. Let’s start walking through the features as I use them:

I’ve been all over the map here, I’m not sure who the winner is. Well of course REAL Excel is the winner, but lets tally up the score on the two tools and see which meets your personal needs. Let’s start with SkyDrive:

SkyDrive doesn’t anticipate where you want to go next on the Enter key but it does enter and clears data with delete, can move charts around after you create them, can’t modify much in terms of chart formatting, adds new sheets easily, doesn’t have custom number formats, can do text wrap but not a hard text wrap, has zero conditional formatting, can’t move tabs, has advanced functions that are easily accessible, recognizes patterns like Q1, Q2, has no comment capability and no filtering options, allows merge and center with a click, can’t convert text to columns, can concatenate fields, won’t let you name a cell, has no pivot table function, won’t do a format paint, allows pretty easy sharing and collaboration, and gives you a cool survey function. SkyDrive has a very good mobile browser interface, but the app is unfortunately read only.

Now let’s compile Google Drive’s successes and failures. Google Drive anticipates where you want to go on hitting Enter, enters and clears data easily, allows you to drag a chart around after you create it and lets you format that chart. Adding new sheets is easy, won’t let you custom format your numbers, wraps text easily and lets you force a wrap. You can copy a tab to anther spreadsheet, has advanced functions but they’re kind of a pain to enter, and can’t recognize patterns for a fill down. It allows comments and has an even nicer interface for it than Excel. It has filters, and will merge fields with a click, but won’t do Text to Columns or allow you to name a cell, but it does do a nice job with pivot tables, at least the simple ones. It does have the beloved format painter and of course sharing of spreadsheets is it’s strongest suit. If you’re looking to do a survey the forms function works well for that. On mobile I didn’t like Google Drive at all, the web app was too limited and the browser interface was too funky.

It looks like there were successes and failures of both tools, but if I had to make the call I think I’d use Google Drive over SkyDrive because it feels more like a full featured tool than SkyDrive. I’m afraid SkyDrive feels like a teaser program designed more to leave you wanting, and paying for, the real thing. Now that you’ve heard what each product has to offer, you can decide what’s important to YOU and make your own decision. If you heard me say that something didn’t work in one of these programs please let me know – I did my best to poke around and read help files but it will be a miracle if something didn’t slip by me, and I know the NosillaCastaways love nothing more than correcting me, so you’re welcome in advance.

That was an awful lot of brain work, let’s clean our pallets with an interview with CSUN:
=======insert Allison=========
You may remember this voice – I forgot when I did the interview that I did interview her last year, but not about Bookshare. Allison showed us her Braille display at last year’s expo and I played that interview on the show.

One of the reasons I love using ScreenSteps for the tutorials over on podfeet.com is because of how easy they are to edit. Remember a couple months ago I figured out how to encrypt a folder using the command line? Well I was encrypting and decrypting this special folder on my desktop using my own ScreenSteps tutorial when I suddenly realized that I had put a sub folder in there and it had disappeared after encryption. That’s when I realized that I would have to tell OSX to recursively do the encryption, in other words go down every folder path and encrypt everything. Believe it or not I knew that I had to add a -r to the instructions, making it

instead. I popped open ScreenSteps, added a couple of lines to clarify that and then I tapped on the Export button, chose blog/web and ScreenSteps remembered I’d already uploaded it as a Page and asked if I wanted to Upload Again. Literally 2 clicks and my tutorial was updated online. No messing around with html or formatting or cutting and pasting, just edit, click click done. ScreenSteps is a fabulous program that I depend on daily, and of course I JUST explained how I used it for the iTunes scheduling problem. I know it can help you out too. Check it out at BlueMangoLearning.com. And tell them Allison strong armed you into visiting them.

I spoke at a user group recently and I thought it might be fun to chat about the state of user groups today, where they were yesterday and where you see them going in the future. We will have to address age in this I think!

Why Join A Group

Concerns for the future of User Groups

Thanks so much to Katie for flipping schedules to save Bart’s poor throat, it was really fun to catch up with a good friend, hope you enjoyed it too. That’s going to wind this up for this week, many thanks to our sponsor for helping to pay the bills, Blue Mango Learning at bluemangolearning.com makers of ScreenSteps and Clarify. Don’t forget to send in your Dumb Questions, comments and suggestions by emailing me at allison@podfeet.com, follow me on twitter at @podfeet. Check out the NosillaCast Google Plus Community too – lots of fun over there! If you want to join in the fun of the live show, head on over to podfeet.com/live on Sunday nights at 5pm Pacific Time and join the friendly and enthusiastic NosillaCastaways. Thanks for listening, and stay subscribed.