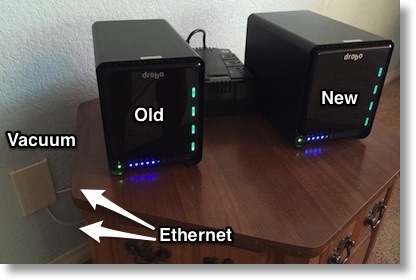 As many of you know, my dad was my hero. He was a mechanical engineer, and I tagged after him in the garage, the shop and outside, pretty much anywhere he would let me follow. One my earliest memories is sitting on a very tall stool in his shop and toppling right over to the ground. I don’t think I suffered any ill effects from that! I also remember when I was hospitalized as a child and my dad brought me a small screwdriver as a present. I was delighted. Later, he bought me my first toolbox and we had many happy hours in the shop together.

When I was in college (to become a mechanical engineer myself) someone broke the antenna off of my 1976 Honda Civic. I went to the local hardware store and found a replacement for it. Antennas in those days for you kids who don’t remember them, were telescoping metal rods with a long wire that ran down the front (A) pillar between the windshield and the right passenger window. Installation of my new antenna looked trivial. I removed the two screws holding the mounting plate of the broken one, crawled under the dash and unplugged the connector to the radio. Then I simply pulled on the wire from above until it was completely removed from the pillar.

And that’s when it hit me. Why didn’t I tie something to it BEFORE I pulled it out??? I called my dad beating myself up about it. I told him what bothered me most was that HE would have thought of tying something to it before he pulled it out. My father was such a great teacher. This was nearly 40 years ago and I still remember what he said to me. He said, “How many times do you think I pulled the thing out first before I started to remember to tie something to it?” Instead of telling me I was a dope (which is what I was calling myself) he gave me hope.

So what does that have to do with today’s story? It’s another story of ingenuity, in this case of Steve’s ingenuity. Many years ago we gave our daughter Lindsay a Mac tower to put in her room, but there was no Ethernet in her room and it was long before the days of wifi. Her room is on the other side of the hall from our room where the router is, and the only way to get from hers to ours is up over the top into the attic and back down. Where we live, walls are made of wood structures with wallboard over them, and every few feet there’s a firebreak piece of wood, making dropping a wire down between walls impossible. You have to punch a hole above and below the firewall and then drag the wire over, and patch and paint the wall. He didn’t want to do that for obvious reasons.

Then he had an awesome realization. We have the luxury of a built in vacuum system, and the pipes go from the attic down into our room and into hers. He realized that since there’s already a pipe going down the wall it must go through the fire break wood so that means there might be enough space to drop a wire down beside the pipe. We got a 100 foot Ethernet cable, he dropped it down from above, and down below, with the vacuum hose cover plate pulled off, I was able to see the dangling wire and catch it with a coat hangar. The truly elegant part was when he gouged a groove into the drywall next to the cover plate for the vacuum and just slapped it back on with the wire hanging out of the side. I loved it!

Well fast forward to today when we have the two Drobos in the house. We did a lot of speed tests during that file transfer marathon and figured out (because I’m slow sometimes) that gigabit ethernet cables are way faster than 100 Mbit cables. The cable we dropped from the attic lo those many year ago was a CAT 5, or 100 Mbps instead of CAT 5E or CAT 6 which is 1000 Mbps or Gigabit Ethernet.

The other problem to be solved is that we’d really like to have both Drobos live in Lindsay’s old room. The new Drobo 5n is sitting on the floor under my desk and while I think it’s marvelous as a foot warmer, Steve would prefer it wasn’t available to me for that function. The good news is that the 5n is MUCH quieter than the older FS so at least the noise hasn’t bothered us.

So now we need not one but two cables to go to Lindsay’s room, so guess what we did? Steve taped the two cables to the existing one. He staggered the ends so that the connectors didn’t make one giant bulge in the cable, and he was able to taper the bulge in hopes of it actually fitting through the tiny gap we’d used before. I’ll jump to the end of the story – after him crawling in the creepy attic with fiberglass insulation and bugs and dust and me sitting on the nice clean carpet in the bedrooms we were able to push and pull those cables all the way up one wall and back down the other and we now have gigabit Ethernet to the Drobo server room!

If you take a single lesson away from today’s story, it’s “Tie something to it first!”

3 thoughts on “Tie Something To It First”