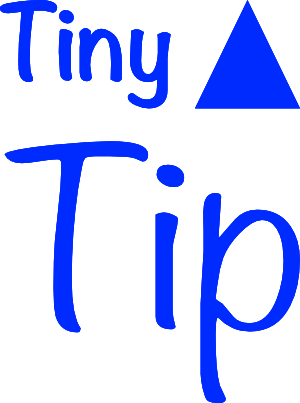 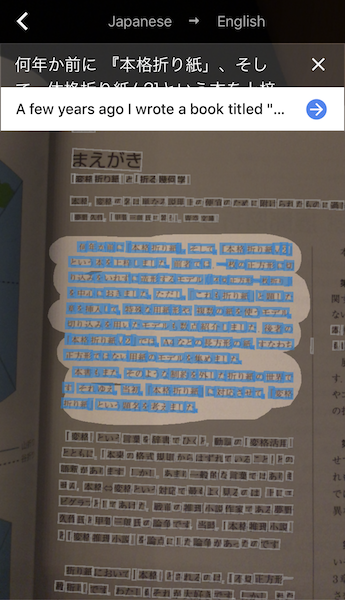 As an enthusiastic origami folder, I often buy Japanese books with diagrams. Usually, it’s enough to look at the diagrams to figure what I need to do, but often I wonder if there is an additional explanation in the text.

I cannot read or understand Japanese and I don’t know how to produce the characters to enter them in translate.google.com. So for years, I’ve been pondering on actually taking classes just to be able to understand the text in my origami books.

This weekend I opened the Google Translate app on my iPhone to check the meaning of some Italian words when I noticed the camera icon on the left side of the input box. I switched the language to Japanese, tapped the icon and held the camera over the Japanese text. The app wanted to download a Japanese vocabulary and after that, it showed the text in the camera.

When you do that, there are several buttons visible. The left one is an eye. When this is green it means ‘instant on’. In that setting, the text is realtime replaced by the target language of your choice.

I noticed the instant on mode is quite sketchy. Only a few words were translated and the words changed if I moved the phone a bit.

A tip in a tip: machine translation works best if there is enough context to properly translate words with multiple meanings. So don’t try to have a few words translated, but select a few sentences or an entire paragraph. This will give you a better understanding of what is written and what the word you’re after actually means.