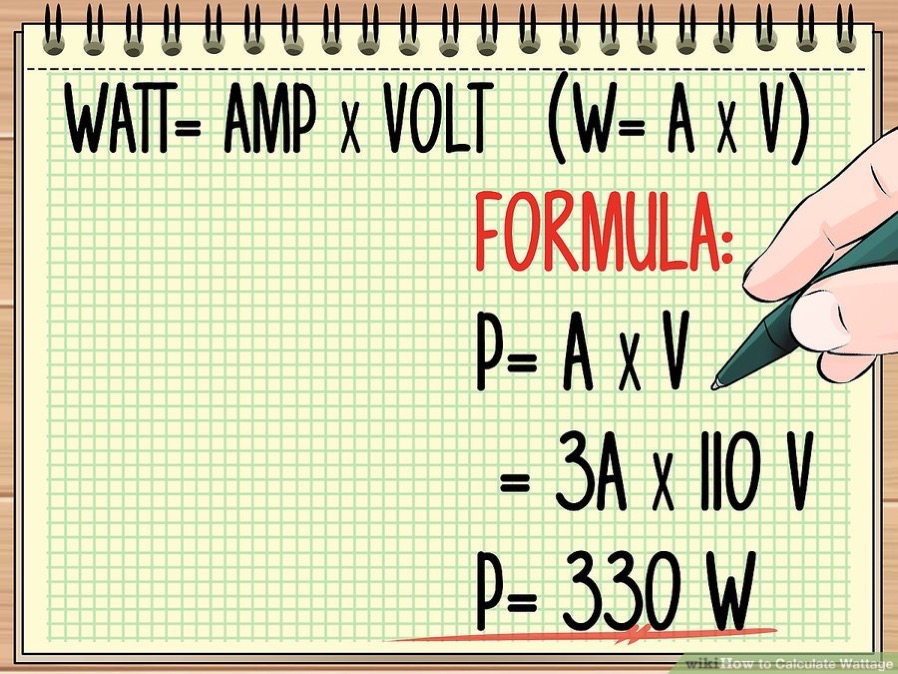 I debated at length what to entitle this article as I rewrote it four separate times. I considered at one point entitling it, “How Many Engineers Does it Take to Understand a Battery?” But I settled on “Can A Portable Battery Charge a Large Laptop?”

The article started as a review of a portable battery that I expected would fully charge my 15″ MacBook Pro. When my early tests didn’t give me the results I expected, it was time to start diving deep into basic electronics to try to understand why.

Through conversations with the manufacturer, doing independent research, and talking to Steve and our buddy Ron (who is also an Electrical Engineer), I think I can answer the question of how well a portable battery can charge a large laptop.

I’ve been under the assumption for quite some time that I understand portable batteries and how to figure out which ones will meet my on-the-go device charging needs. It turns out, I was mistaken. There was much more I needed to know. This lesson will include some equations so buckle up.

On small battery chargers for small mobile devices, you’ll usually see the mAh (milli-amp-hour) rating spelled out quite prominently. The smaller lipstick-sized ones like the Anker PowerCore+ mini might show something around 3000-4000mAh.

These small battery chargers include one or more USB ports for charging your devices, and the ports will also have a rating on them. You’ll see 5V paired with 1A, 2A, 2.4A or even higher. V is volts, and A is amps. Amps is a measure of electrical current.

If you look at the charger block for your iPhone, it will say 5V 1A, so a battery with that rating will work fine for your phone. But if you have a smaller iPad it might require 2.1A. The 12.9″ iPad Pro requires 5V at 2.4A. Notice all of these values are at 5Volts. That matters later in the story.

As we launch up to the big batteries that claim to be able to charge laptops, you’ll start to see additional specs quoted. You might see W for Watts, which corresponds to the large power adapters we have for our laptops. You will also see Wh, or Watt-hour which is where things get really interesting. Wh is going to be the measure that we will need to use to figure out if a battery has the capacity to charge our laptop.

To understand why we’re going to have some fun with definitions and equations now. The equation that governs our topic is called Watt’s Law and it’s very simple:

Power (in Watts) = Voltage (in Volts) x Current (in Amps)

In defining the capacity of a battery, it doesn’t make sense to have time in the definition. It’s like I’m selling you a bucket and I tell you it holds 3 gallons per hour. What does time have to do with the capacity?

If we want to know the true capacity, we need to get time out of the equation. If Watts has time in the denominator, we need to multiply by time to get it out, so Watts x time = Watt-hours or Wh. We now know that Wh is the best way to measure the capacity of a battery, independent of any voltage requirements.

When I first started on this journey, I thought I’d be able to charge my MacBook Pro over the USB-A ports as long as the battery’s capacity was high enough. It turns out that this is not feasible.

The MacBook Pro has an 87W power adapter and the USB port works at 5V. If W = V x A, then we would need 87W/5V = 17A to charge the MacBook Pro. That’s a LOT of current, more than a household extension cord can handle. It would get really hot and would be incredibly inefficient because it was losing so much energy as heat.

Some of the batteries out there offer what they call QuickCharge. Your device has to support QuickCharge to take advantage of it but the math will still come to the same conclusion. One battery I tested said that the QuickCharge supported up to 9-12V but at that high voltage, the current is down at 1.5 amps. Ok, so now we know that we can’t use these USB outlets for charging a real laptop.

The batteries you can now find that claim to be able to charge laptops, up to and including the big girl 15″ Touch Bar MacBook Pro, all have AC (alternating current) outlets in addition to their USB ports. In the U.S., these AC ports operate at 110V. Please don’t ask me why Alternating Current applies to voltage.

With an AC port on a charger, that means you can plug in your power adapter that came with your laptop. Now, why would we want to do that?

Batteries supply charge via their USB ports in DC or Direct Current. If they convert the lower DC voltage to a much higher AC voltage at 110V, that allows a much lower level of current to flow and still charge the computer. Remember we need 87W on a 15″ MacBook Pro, and if Watts = Volts x Amps, we’d only need 87W/110V = 0.79Amps to charge that laptop. That’s a nice small level of current and won’t burn itself up.

When you plug in your power adapter, ironically it will convert the Voltage back to Direct Current. So we go from DC to AC to DC. And now you know why AC/DC’s first album, released in 1975 in Australia was called High Voltage. I bet Dr. Dream already knew that.

We have the math and terminology under our belts now which means we’re dangerously close to being able to calculate whether a battery can charge our laptop. There’s one more thing to discuss.

When a battery has to convert from DC to AC, there’s loss in the system. One battery manufacturer told me that the loss is around 20% due to the conversion and to their protections for the battery itself. Sadly we lose another 10% or so when our power adapter for our laptop converts it back again to DC. I know, you’re still wishing that USB port could work. You and me both.

To calculate how much of the battery’s capacity you can actually use to charge your laptop, you have to take that loss into account. Remember the capacity is given to us in Wh. First, we lose 20% due to the DC to AC conversion in the battery, and then that value loses another 10% through the power adapter to the computer. The equation is then:

So to figure out if or how much a given battery can charge up your laptop, you take 72% of the Wh capacity of the battery, divide it by your laptop’s battery capacity.

I’ve been testing two high-capacity batteries, the Jackery 77wH, 20,000mAh PowerBar and the RAVpower 99.5Wh, 27,000maH model RP-PB055 and I’ll be writing them up soon. I used the specs on these two batteries, along with the tech specs for the current 12″ MacBook, 13″ MacBook Pro and the 15″ MacBook Pro and put them into a handy table. I calculated how many charges you should expect to get on these three different laptops on the two different batteries.

Question for the audience

After all of this research and discussion, Steve and I still have a significant unanswered question. If the laptop’s power adapter can provide enough power (i.e. some combination of current and voltage) through USB-C to fully charge the laptop even while it’s in use, why can’t the battery do the same? The battery has sufficient capacity to charge the laptop, so there must be another factor (such as maximum current or voltage or both) that limits the battery’s ability to charge the laptop over USB-C. If anyone knows the answer to that question, we would love to hear the answer.

7 thoughts on “Can A Portable Battery Charge a Large Laptop?”