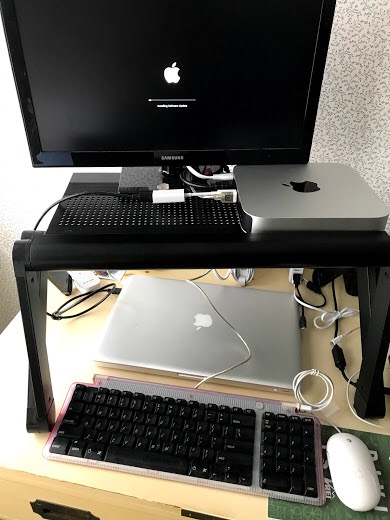 It was the worst of times, it is the best of times

In early April, my well cared-for mid-2010 15” MacBook Pro began to fail badly: frequent crashes (kernel panic linked to the GPU), the internal fans made a grinding/groaning sound, and my backups started reporting errors. This MBP, my only computer, had served me with honor for over seven (almost eight) years, and got a new lease on life three years prior when I replaced the HDD with a SSD. As I reported to the Nosillacast Google+ community:

I tend to keep things that work well for me around for many years (for example, my primary vehicle a 1994 Honda Accord, which still gets 28mpg) — I like to buy with an eye for the future — and I would be very unhappy if I bought a new MBP just ahead of a big advance or new feature set that that might be announced at Apple’s World Wide Developers Conference that was less than two months away. So I asked the Castaways, “Is this a good time to buy?”

The feedback was great, and if I thought I could hold out for a while longer, I would have. Then +George Fromtulsa mentioned that he saw refurbished Mac minis available for a decent price on Apple’s site. I decided (after three crashes the next day) that I could not hold out for two months, plus the idea of having a small spare computer was appealing (more on this later), so I bought the refurbished 2014 Mini.

I never done a “nuke and pave” (as Allison calls them) — ever. Going back to dawn of MacOS X, I have used the Migration Assistant (or its predecessors) to transition to every new Mac I have owned. My long-term plan was to start fresh (with a “nuke and pave”) with my eventual new MacBook Pro while having the old one, side-by-side to act as a template.

Since that was not to be, I wanted to minimize the changes with the Mini by booting my near-death MBP in Target Disk Mode (so it acts like an external drive, opting to perform the SSD extraction surgery later if needed) and having the Mini boot and run exclusively form the corpse of the MBP by feeding one of the Thunderbolt ports via Firewire 800 through an adapter.

Since the use of the Mini was a temporary arrangement, I didn’t want to invest in a lot of new equipment, so I used a keyboard from my father’s long-retired Strawberry iMac (ca. 1999), an an old Super Mouse (the one with the tiny trackball), and I connected the HDMI output of the Mini to a small TV (using the stand my MPB used to occupy — see image). It was an odd mixture of semi-new, old, and really old.

It all seemed like a good idea at the time.

Then the “Franken-Mini” began to freeze when under heavy load. I suspected that the freezes were due to the logic board issues on the MBP (impacting Target Disk Mode), so I performed the surgery and extracted the SSD from the MPB, and popped it in my “drive toaster” (a NewerTech Voyager-Q) which I connected to the Mini via USB 3. It was noticeably faster after that.

My enthusiasm was not sustained.

I left it running overnight and the next morning I discovered it had shut down (the system log abruptly terminated around 3am, with no obvious cause). The next day, when I was moving some larger files the machine froze again (mouse pointer didn’t move, clock didn’t increment, unresponsive to keyboard input, etc.).

After a bit of debugging and “log archeology” I determined that some kind of bus contention or bus lock-up was the cause of the freezes. I tried different USB ports (there are four to choose from), but that made no difference.

So, continuing to reduce the number of uncontrolled variables, I decided to eliminate the external drive, and used Apple’s Migration Assistant to move the contents of the now bare SDD to the Mac Mini’s internal HDD — following Apple’s procedure for doing so.

Afterward, the Mini was painfully slow — I mean like launch Safari, go get a cup of coffee, return, go back for cream, and maybe Safari’s Dock icon would have stoped bouncing and the application would be running by then. After much more fruitless debugging and “log archeology,” and I finally came to the conclusion that there was something beyond repair on the MBP’s SSD that I would I would not be able to find it without spending a lot more time searching — it was time to cut my losses, time to bite the bullet.

But would I really do a “nuke and pave?”

Not quite. Instead, I decided to do a clean install of the macOS and applications, but I would use the Migration Assistant to move my user accounts to the new Mini (this was especially important because I wanted to preserve decades worth of carefully-crafted application settings and preferences).

So, using OneNote (my go-to replacement for Evernote), I created a checklist of applications that will have a place on the new machine, and binned them in four categories:

I also kept a checklist of Login Items.

It was not without some hiccups. First of all, I had to ditch CrashPlan Pro in favor of Backblaze (something I wasn’t planning to do until next year when the big discount they offered runs out — I am the keeper of my entire, extended family’s cloud-based backup, so this was not something I was going to take lightly).

Secondly, there are a lot of passwords that are kept in the System Keychain. For example, Time Machine backup passwords are stored there, and I didn’t want to lose my file system history. That password needed to be retrieved (fortunately, I kept nearly all of those in Secure Notes — duplicated in LastPass) so being fastidious definitely paid off.

There were a number of other things that needed to be addressed (to many to list) but none were insurmountable.

My Mini was now mine! But it was a desktop system, and that lack of mobility was a problem for me. I haven’t used a desktop system since my Macintosh Quadra 900 (kids, ask your parents about that 1992 model), so I needed to find a way to be mobile.

My solution: I bought a keyboard case for my iPad Air 2 — the Bekin Ultimate Lite (great keyboard, BTW) — and with iCloud Documents and some Dock and slide-over “ninja” moves, I had a working capability (not ideal, but good enough — and I can now relate to the kid in Apple’s “What’s a computer?” TV commercial).

And then the new MacBook Pros came out, and it was decision time. And even though I have been using a 15” PowerBook / MacBook Pro for a very long time (before that, it was a PowerBook Duo — again, kids ask your parents), I decided to get brand new 13” MacBook Pro (the one with Touch Bar and four USB-C ports — which I tricked out with upgrades). I used Apple’s Migration Assistant to do a full clone of the Mini to the MBP (which went as smooth as silk).

And this new MBP is wonderful!

The difference in speed and responsiveness is astounding. I’m sure I will love this machine until I replace it in 2025 (well, maybe I won’t wait seven years next time).

And what of the Mini? I had it hooked up to the big TV in the family room, effectively using it as a headless spare (I remote in from my new MBP), but I just read that macOS Mojave requires an iMac 2012 or later.

My wife loves her mid-2009 iMac (yes, she keeps things a long time too — lucky for me 😉 and with Mojave coming, so her iMac will have to be replaced. She is not in favor of buying a new iMac on the heels of spending $3k on a new MBP (she is not a tech person).

So, my plan is to extract the SSD I installed in her iMac last year, and transplant it into the Mini. I’ll buy a high-quality 19” monitor for her, and she can keep her Apple Wireless Keyboard and Magic Mouse. Then when Mojave hits, she’ll be ready.

See, Allison, I told you the story has a happy ending.

1 thought on “A Tale of Two MacBooks – by Steve Davidson”