I get a lot of PR emails trying to get me to interview people. I’ve never responded to one until just now. I was asked if I wanted to interview a former NASA Space Shuttle Engineer turned science fiction author. How could I possibly refuse? Darren’s stories were fascinating as he described being one of the last people tramping around in the cargo bay of the Shuttle before the astronauts got into it to go to space. Crazy dream job! 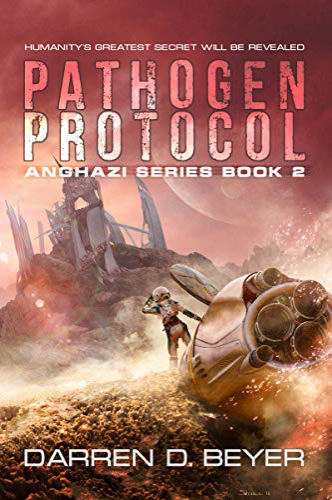 We then shifted gears into his science fiction books. He’s got two books out in The Anghazi Series, book one called “Casimir Bridge” and book two was just released, called “Pathogen Protocol“. I’m sure you’ll enjoy listening to Darren’s stories as much as I did.

You can read Darren’s blog about space over at tek22.com/…. HIs author website is at darrenbeyer.com/…. You can follow him on Twitter @darrendbeyer. If that’s not enough he’s got Facebook pages at facebook.com/DarrenDBeyer and facebook.com/tek22blog.