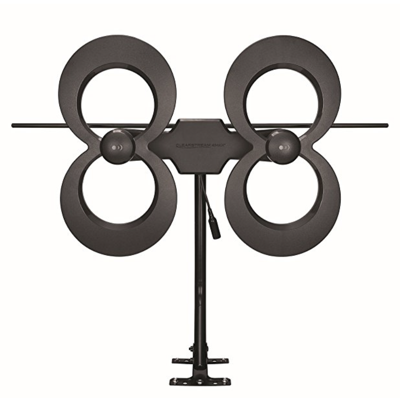 I wanted to share my experience with cord cutting with you all as that seems to be a hot topic. Since here in Central Florida, we don’t have very many options, getting a good deal can be difficult. Cable and Satellite packages range wildly in pricing and deals are only for new subscribers, so you only get the best options if you hop around every year.

So several years ago, we made the choice to cut all TV services and go internet only. This journey has introduced us to pretty much every device out there – Tuner Cards for computers, watching through gaming consoles, Fire TV, Roku, AppleTV, you name it. We even tried out the Kodi platform along the way. Also through our journey I’ve helped several friends discover setups for themselves, including my parents and some friends of mine, that are retired and just looking to cut extraneous expenses.

So, the setup I wanted to share is what I have for my retired friends. Their goals were:

They weren’t big on needing DVR capability, especially since I introduced them to Netflix a while back – I often try to slowly introduce elements to friends, one little thing at a time and then after a while bring it all together, much easier to swallow than a bunch of big changed at once.

So, what we have now is the following hardware:

The last pieces of the puzzle were the HD Homerun Connect and the HDTV antenna that allowed them to finally cancel their DishTV last week.

Now with that hardware, they use the following services:

So, for services they are paying $64.24 a month give or take, but with the option of pausing any or all of the services month to month, something no cable or satellite service offers yet. And then for their internet, they only have an option for DSL, which only a year or so ago offered speeds high enough to accomplish streaming.

Now, the most interesting part for them was the over the air channels option. This could be done much cheaper with just an antenna and basic tuner, something that some of the VIZIO TVs don’t include by the way. But we wanted to reduce the number of remotes and needs to switch inputs, so we went with the HD Homerun Connect, which was SUPER simple to setup and works wonderfully. Along with the HDTV Antenna, they get 70 local channels streaming to their AppleTV. The magic part there was buying the $24.95 app called Channels for the AppleTV. The setup couldn’t have been more simple:

So there you have it in a nutshell, my retired friends who are in their late 60’s have been able to reduce their $240 internet and DishTV bill to about $65 for streaming services and another $50 for internet service.

Their one big complaint, and I agree wholeheartedly – the AppleTV remote is TERRIBLE! But that’s an entirely different topic.

Hope this gives some hope to others looking to effetely cut the cable cord and simplify their setup.