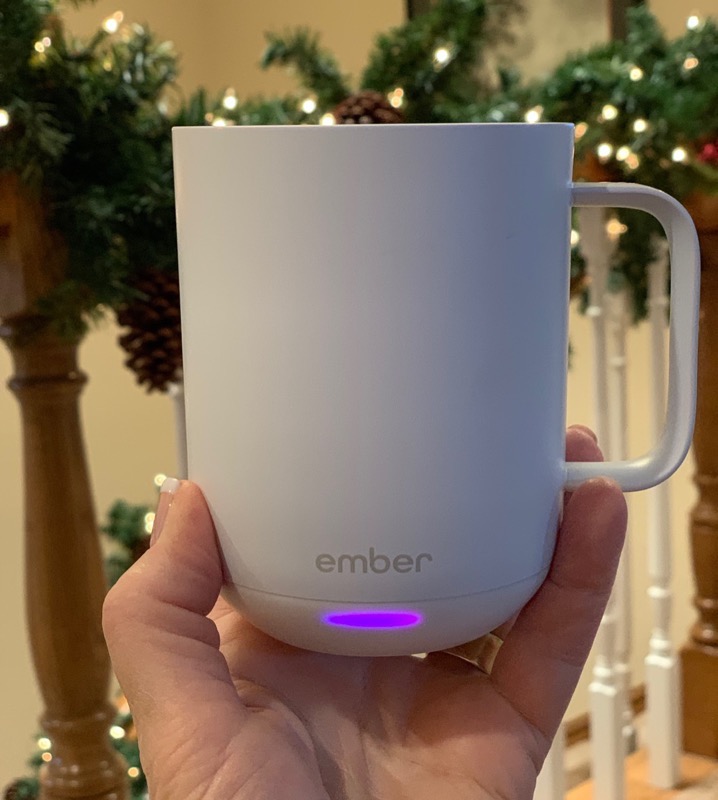 Being retired, I have the luxury of very slowly sipping a cup of coffee in bed every morning while I play on the Internet with my iPad. The problem of slowly sipping coffee is that quite quickly it gets cold and I prefer very hot coffee. For my second cup of coffee, which is consumed after working out in the morning, I have a thermal mug and I order my Starbucks at an insanely hot 180°F.

I’m sure you’re completely sympathetic to the terrible challenge I face on that first cup of coffee though, right? Cold coffee is not good coffee. The solution to the problem is from a company called Ember from ember.com/…. We interviewed them at CES in 2016 when they introduced a Smart Travel Mug that was designed to heat and cool your drink. Their product was not yet released, and as it was a tall thermal travel mug, it didn’t solve my problem.

Since that time, Ember introduced a smart Ceramic Mug that will keep your beverage warm. It comes in either white or black, and looks just like a very traditional coffee mug. The original Ember Travel mug comes in at $150 which makes the newer Ember Ceramic mug sound like a steal at $80. This is clearly in the luxury item category which is why I never asked for it for so long, but it really could solve my challenging cold coffee problem. 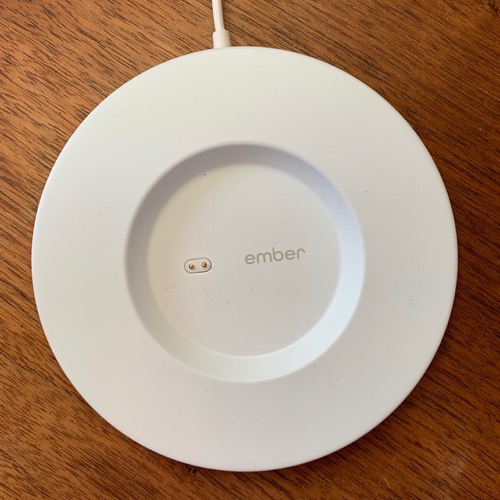 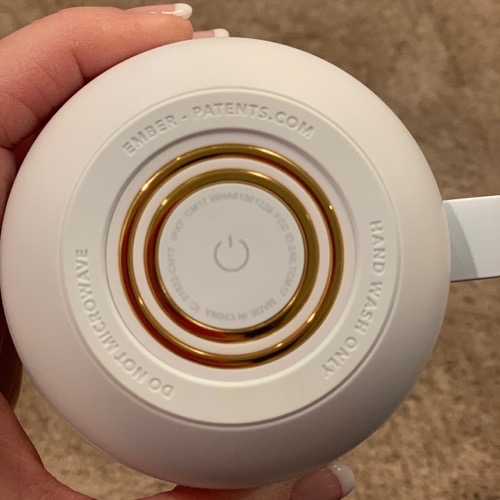 The Ember Mug comes with a plug-in charging coaster that has two little gold pins sticking up on the surface. When you set the mug down, two gold rings on the bottom of the mug mate up with these pins allowing the coaster to charge the internal batteries on the mug.

Now let’s back up for a moment to 1985 when Steve got a coffee mug that seems very similar. The coaster was a heating element that was activated by a magnet in the bottom of the mug. When the mug was on the coaster, the metal plate on the coaster itself would heat up, thereby heating up the bottom of the mug and keeping the liquid inside the cup quite hot. So how is the Ember Mug really an advancement in beverage heating?

Let me count the ways.

Now how is the Ember Mug smart? Of course, it has an app because everything has an app nowadays. The app provides a ton of cool capability you probably didn’t think you needed, but maybe you do.

The first thing to do with the app is to pair your mug, which is a very simple process and worked flawlessly. No getting on a 2.4GHz WiFi network or anything like that. Simply select Pair New Device, and then hit the power button on the bottom of the mug and you’re done.

Once that’s done, you’re invited to personalize your mug by changing the color of the little light that glows near the bottom of the mug when the Ember logo is facing you. I have to say it’s biased towards right-handed people; if you hold the mug in your left hand the logo and light will be facing away from you. In any case, it’s fun to play with the color wheel to choose just that perfect shade of pink for your mug.

This light can be important if you have multiple Ember mugs in your house. When you pick up the mug, there’s a motion sensor inside that triggers the light to come on which allows you to immediately tell whether it’s your mug. If you’re blind this won’t help you but don’t worry about it because the Ember app isn’t accessible. You’re blocked at the very first step I’m afraid because you can’t select your mug with VoiceOver turned on. We’ll keep going for those with the gift of sight.

After you do the initial setup of your Ember mug, you’re invited to choose a temperature for your liquid refreshment by sliding a scrolling wheel from left to right. The purpose of the Ember Mug is to maintain the temperature, but for grins and giggles, I asked it to heat some water from 100°F to 145°F. It did heat it up to that temperature but that burned through the battery so it wasn’t able to maintain 145°F.

After recharging the mug by putting it on the charging coaster, I tested again with a cup of freshly brewed coffee, and it kept it at 145°F for well over an hour before the battery ran out. If you drink your beverage faster than I do, you could get a couple of cups worth of warming before needing to recharge. But definitely plan on charging your cup frequently. It’s not hard to recharge since you can simply use the coaster when you set the cup down. It takes about an hour and a half to recharge the battery fully.

If you’re more adventurous than me, and actually drink different beverages at different temperatures, Ember Mug can store six different preferences. You can create temperature presets that you can name and then set with the tap of an icon button. They provide five example names and temperatures along with one called Heater Off, which could also be useful.

Ember has also provided a tea timer so you can be notified when the perfect steeping time has elapsed. Three tea times can also be defined and named for different types of tea.

You might be wondering whether this is the cup for you. I have two answers for you, maybe yes, maybe no. Pat Dengler and I both got the Ember mug right around the same time. She returned hers, and I love mine. Let’s compare usage.

So if you’re like me and have a consistent location for drinking your hot beverages, you might really find the Ember Mug useful. I’m picturing when I was working and often drank coffee at my desk where a charging coaster would have been perfectly convenient.

If you drink your hot beverages quickly and don’t care if they cool off, then definitely don’t invest in an Ember Mug. If you wander locations and don’t want to shell out $40 for each spot you might set your coffee down, the Ember Mug is the wrong product.

But I’m delighted with my Ember Ceramic Mug and love having piping hot coffee for the hour it takes me to drink it! A luxury item to be sure, but one I adore.