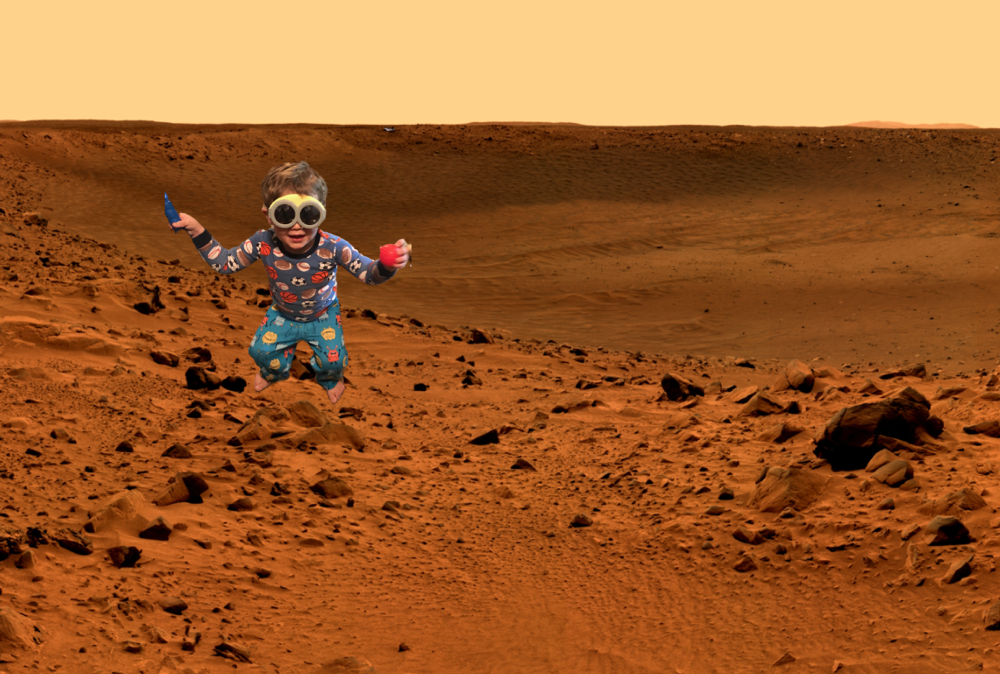 One of the most challenging things in photo manipulation is pulling people out of a photo. Sometimes it’s to make beautiful artwork, sometimes you just want to make something funny. In any case, it’s hard to do without a great deal of time and effort.

Tools like Affinity Photo make it easier where you do a coarse selection around a person and then use the Refine tool to try to get more detail, especially hard spots like hair. I watch a lot of videos on how to do this, but I’ve never gotten good at it. I’m a member of a few Facebook groups for Affinity products (including Affinity Photo – Tutorials and I’m fascinated by what amazing work people can do with these tools.

But I have to say, when I try to use the tools to remove people, it never works out like I expect. I think the missing piece for me might be patience. The tutorials often speed up the tedious parts, which makes me think it’s easy but this kind of work is really time consuming. I just don’t stick with it and usually give up.

One of my buddies in the Affinity groups is a super helpful guy named Rick Abraham. This week he sent over a link to an incredible web service that is designed to help you remove people from backgrounds. The website is called remove.bg. 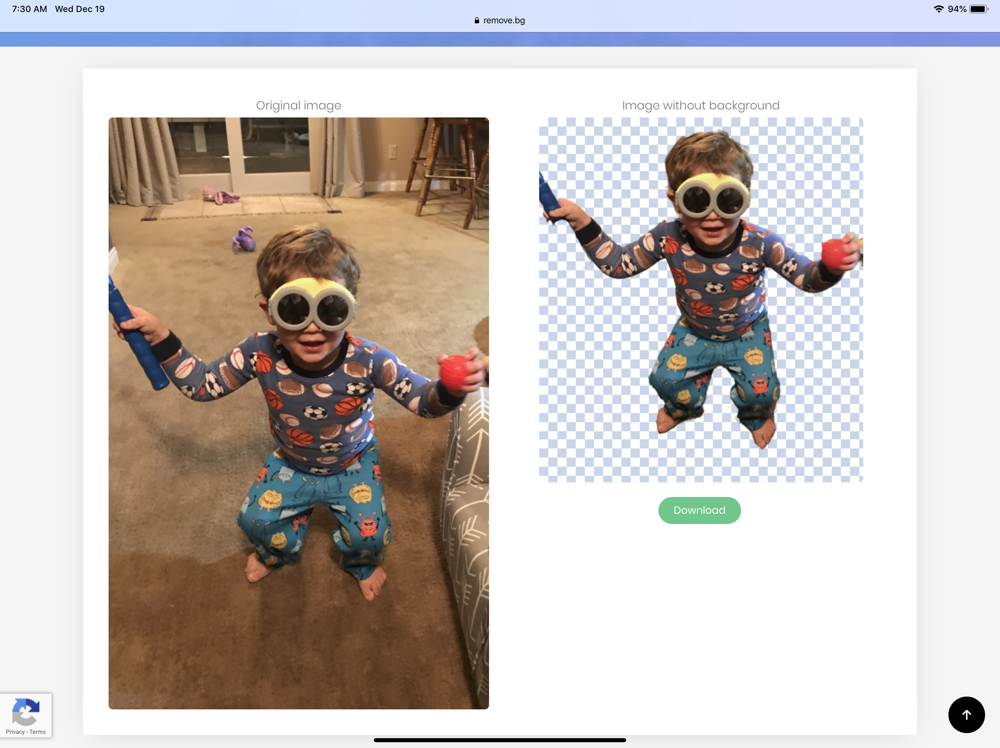 Here’s the entire tip: go to remove.bg, click the button that says “select a photo”. Wait 5 seconds. You’ll now have your image with just the person. That’s it.

Ok, but with some caveats. The picture must have a person’s face in it for this to work. It doesn’t work on any other kind of image. The resulting image will only be 500px square. They’re working on making it bigger but for now that’s what you get.

I uploaded a very silly photo of my grandson Forbes, not just because it was an excuse to show you how adorable he is (that was just a side benefit), but also because I had an idea for a funny image. In the photo he’s facing the camera, wearing pajamas and funny goggles (I think from the Minions movie) covering his eyes. He’s crouched down like he’s about to jump.

I uploaded that picture and in literally 5 seconds I have a picture of him perfectly carved out of the background. Clicked on the download button and a new page came up with just him, suitable for saving to my drive.

I opened up Affinity Photo on my iPad, opened a picture of a nice Mars landscape, and then chose Place image, selected Forbes, and dragged him around till he looked like he belonged there. The whole process was under 10 minutes, and that included searching for the appropriate NASA image.

The About page for remove.bg explains that the processing is done via AI (isn’t everything these days?) to detect foreground layers and separate them from he background. They invite you to sign up for their mailing list to get more details as they publish them. They’re planning on releasing an “easy-to-use API” for remove.bg soon, so it can be implemented inside apps, websites or other digital products. I presume this will be the basis for a business model but they don’t specifically say that.

They do have a very simple privacy statement that says that your images are uploaded via an SSL/TLS-encrypted connection. They do store the results so you can download them, but after about an hour they delete your files. They don’t share your images or use them for any purpose there than removing the background and letting you download the resultant image.

It’s great fun and a useful tool to keep in your back pocket for real art, or just putting your grandson on Mars. Check it out at remove.bg. Thanks so much to Rick Abraham for sharing this with us.