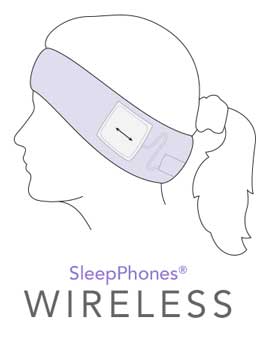 Back when I was a teenager, I always used to leave my homework until last thing before bed. I was pretty sure it was just because I was lazy, but the excuse I used to give to my parents was “I do my best thinking late at night.” Oddly enough, there was more to my excuse that I realised at the time. I’ve come to realise I was actually right, and it still applies today.

I find I am at my most creative and constructive in the evening hours and can easily get buried in a technical problem and lose track of my intended bedtime. I’m getting better at keeping an eye on the time and heading off to bed close to when I intended, but sometimes my brain simply refuses to shut down for many hours afterward. This can make it difficult to relax and, when combined with the everyday worries of life, I sometimes find it very hard to get to sleep.

I’ve come up with two means of combatting my sleeplessness. One is to read. I wish my iPhone’s LCD screen was less bright, but I manage by using night mode in Apple Books and angling the screen away from my face, such that it lights up the ceiling more than my eyes. The other thing is I sometimes listen to podcasts. I tend to choose specific podcasts based on the hosts’ voices and tone — something soothing.

While the podcast listening avoids soaking my eyes in light and offers the possibility of drifting off to sleep, I do not like the idea of falling asleep with earbuds in my ears. I can imagine damage to my earbuds and to myself and so always end up making a conscious decision to stay somewhat awake and then stop the podcast and then take the earbuds off and put them on my nightstand. While this works sometimes, it’s not ideal.

Sometime last year I came across an interesting product via Melissa Davis — a fellow NosillaCastaway also known as The Mac Mommy. Melissa was raving about a product that was designed to solve exactly this problem. After a recent spate of sleeplessness, I touched base with Melissa and began to look seriously at SleepPhones from a company called Acoustic Sheep.

SleepPhones are marketed as “pajamas for your ears.” They comprise a soft, fleece fabric headband which is actually a tube. It sits flat around your head when worn, just like a sweatband. Inside the band are three modules — a controller, and two speakers. Each of these modules is housed in rugged rubber which is reasonably soft and flexible. The two speakers connect via wires to a single plug which plugs into to the control unit. The wires allow the speakers to be moved around inside the band for optimum positioning.

There are several models of SleepPhones available. SleepPhones Classic has a wire which exits the band and terminates with a 3.5mm audio jack. SleepPhones Wireless is the model I purchased. Instead of the protruding wire, it has Bluetooth built into the controller, meaning everything is self-contained within the band, though you have to unplug and remove the controller to charge it. For ultimate convenience, SleepPhones Effortless adds inductive charging to the Bluetooth module, meaning you can charge the controller without removing it from the band. All models allow you to remove all of the electronics from the band which means you can easily machine wash the band to keep it clean and comfy. 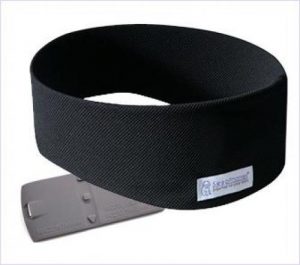 There are also two choices of fabric — a standard fleece and a more breathable “Breeze” fabric. I had decided on getting the Breeze fabric, however when I went to order, it was not available for the model and size I had chosen, so I have the fleece. Having recently worn the SleepPhones on some of the hottest nights of the summer, I didn’t find it to be uncomfortable.

I find the charging process for SleepPhones Wireless to be no more onerous than charging anything else. It can be a wee bit fiddly unplugging and plugging in the controller and getting it in and out of the band, but I find the trickier task to be positioning the speakers correctly. Because you stretch the headband to put it on and take it off, the speakers tend to move around a little. That said, it doesn’t take much to learn how to carefully adjust the band itself, and the speakers, to get good placement of the speakers over my ears.

Once the speakers are well positioned, the sound quality is surprisingly good. I have no trouble hearing voices at even the lowest volume. I do wish the volume would actually go a little lower as I find some music to be a little too loud at the lowest setting.

The control unit has three buttons on it. Top and bottom are skip forward and skip back buttons, and between them is a combined start/stop and power button. It can take a little tactile searching to find the buttons under the fleece, but the centre button is quite proud and quite small, so you know when you’ve found it.

The comfort of SleepPhones is superb. I can lie on my back or side with no concession to the presence of the SleepPhones and there is no discomfort at all. I did find on one occasion that the sound was glitchy and determined this was likely because of the position of the start/stop button at the time, as I was lying on my back and when I turned onto my side the problem stopped. However, I suspect this could also have been remedied by slightly moving the control unit as I have not had this problem previously or since.

The Wireless SleepPhones have a battery life of approximately 13 hours. If you can sleep that long you probably don’t need SleepPhones! It does mean you can put SleepPhones on and, assuming they have recently been charged, you do not need to worry about them running out of power. In practice I find I tend to half wake, realise I have been asleep, and quickly turn them off and slip the band off before sliding back into slumber.

SleepPhones are available directly from the manufacturer’s website at sleephones.com. I am happy to report they also have a New Zealand web site, which I purchased from. It is a rare company that sells products directly in NZ at a comparable price to their US store (given exchange rate and local tax), but that’s what you get from Acoustic Sheep. The prices vary by model, with my Wireless one being USD$99.99. While researching this review I noted that the US site has a lot more products available than the NZ site, including one for connecting to a television and one with a built-in microphone. Perhaps so you can talk in your sleep in the knowledge that someone… something… is listening.