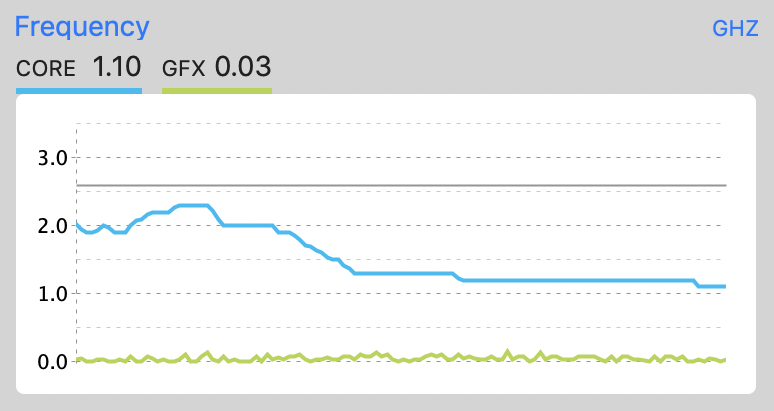 Last week I went into great detail about all of the experiments Steve and I have gone through with my 2016 MacBook Pro because I can no longer stream video. As soon as I start streaming, my processor slows down from a nominal 2.6GHz to 1 GHz which makes the Mac nearly unusable. The conclusion of our experiments was that the must be some interaction between the failing battery and the CPU and GPU since it affects the graphics card.

Last Sunday’s live show was all done from my 2013 MacBook Pro and it worked like a champ. I had zero problems with the Mac.

Earlier I had called Apple to report the failing battery and the key doubling problem just to get case numbers started in case I managed to procrastinate and not take my Mac in until after my AppleCare runs out in November.

Now it was time to actually make a Genius Bar appointment. I went on line, selected the closest Apple Store to my house and was presented with a schedule that showed I could get an appointment … never. Seriously, it said, “This location has no available appointments.” Well isn’t that convenient.”

In the past I’ve had success by calling AppleCare and asking them to make an appointment for me. They can often see further into the future than we can. When I called, the first person I talked to was Dior and I have to say, she was so annoying she made Warren, the guy who annoyed me about my iPhone case, look positively competent and pleasant.

This isn’t going to be a rant about Dior, but let’s leave it that after 14 minutes of her annoying me I spoke to her supervisor, Amy, who was delightful. Amy wasn’t able to get me an earlier appointment but instead simply shipped a box to my house so I can send it in to Apple.

I realized that since I have a backup Mac, waiting 1-2 days for the box (it only took 1) and shipping to them was the same time I’d be away from the Mac if I took it to the Apple store. And I didn’t have to drive to the store that actually had appointments which is about 40 minutes away in annoying LA traffic, and I didn’t have to go pick it up.

Fast forward to my appearance on the Daily Tech News Show on Friday. Right as we started to broadcast live, my video and audio went in the pooper. I couldn’t believe it! I launched the Intel Power Gadget and wouldn’t you know, my processor had dumped down to 1GHz! I killed my video stream almost immediately and that helped a little bit, but my audio was still doing the cyborg thing.

I hung up on the Google Hangout we use, and reconnected (without video) and my audio was good. For a while. Then it would go bad again. Throughout this entire episode I was hanging up and reconnecting repeatedly.

I should back up and explain that just about everything that could go wrong that day for DTNS did go wrong. But being professionals, everyone adapted.

Sarah’s microphone was for some reason unrecognized by Discord, their chat software, so during show preparation where we talk in audio there, she had to use the mic from her Logitech camera.

Then Roger Chang’s power went out 15 minutes before we went live. Roger having power matters, because he’s the producer of the show and does all of the video streaming, so without power at his house, there would be no live show at all.

Being professionals, Tom jumped in and tried to start setting up the live stream from his side, and then called Anthony Lemos, their back up producer who dropped everything and started the stream. Whew, crisis averted.

I have to give myself some chops here too. Jumping in and out reminded me of my childhood self, jumping into a rotating jump rope held by two other girls. I had to listen quickly as I came back in and time my comments perfectly so it appeared to the audience that I’d never left and in a rhythm that I wouldn’t shock the Tom and Sarah.

On the Tesla charging stuff, Tom had read my article, and I had also summarized the main points that go into answering the “how long does it take to charge” question in the Google Sheet. That meant that when I disappeared each time, he could pick up the thread and kind of talk to each point himself.

It wasn’t a perfect show from the audience perspective but I defy another group of people to adapt as quickly as we all did under the circumstances. I was glad that Tom listens to my show so he knew I was doing everything humanly possible to fix this darn problem.

Now let’s get serious, what the heck is going ON with my video streaming problems??? I’ve now swapped out the entire darn computer! How could this still be happening? Tom said that he thinks it’s my house causing the problem and the only way to test is to take everything to someone else’s house.

As I said earlier, my 2013 MacBook Pro was working like a champ streaming video during the live show on Sunday. So what changed? Steve and I did another dozen or so experiments, down to the point where we were analyzing my UPS to see if moving power for the dock/monitor/Mac off of it would fix the problem.

But then the very next time I toggled it, the processor did not change speed! If Steve had not experienced this first hand, I don’t think he ever would have believed me that I was doing controlled experiments because we could not find a pattern.

And then I had a thought. On Sunday’s show where I’d used the older 2013 MacBook Pro, I had also put n my old 27″ Apple Cinema Display. I did this because it has Mini DisplayPort which the 2013 Mac also supports. In order to drive my 5K display, I needed a USB-C to Mini DisplayPort adapter that is $50 from Apple and only Apple makes it. Didn’t seem worth the price for a week.

But then on Thursday, my friend Pat came over for dinner and loaned me her adapter. We plugged in the 5K display and it worked! Huzzah! I wouldn’t have been so adamant about using the 5K display but with my new bionic eyes, the lower resolution of the Apple Cinema Display drove me nuts!

So could it be the display that somehow is causing my newer Mac to slow down? I thought a good experiment would be to plug my newer Mac into the old Apple Cinema Display, but my newer won’t recognize the DisplayPort signal.

Turns out, in 2018 I wrote an article entitled Just Because You Can Plug It In Doesn’t Mean it Will Work. On that very page is a graphic showing that what I’m trying to do won’t work! I really should pay attention to what I say.

Steve’s 27″ Apple Display is a bit newer than the one I’ve been working with and it supports Thunderbolt. We were able to get my newer MacBook Pro to drive his display. That means we finally have a control group to see if it’s the Mac or the 27″ 5K display from LG. I launched all of the software that normally will bring the Mac to its knees, but the processor did not drop like a stone, and in fact that beautiful Turbo Boost kicked right in.

I’m feeling about 67.3% confident that I have finally found the culprit, but I’m sad about the answer. Instead of my Mac being the problem, which is under AppleCare, or a piece of software with a responsive developer to help fix it, it’s the $1200 LG display. From what I’ve been able to find online, LG is super unresponsive to requests for help so that’s swell. The only hope I have is I’ve found a firmware update to the display.

If I could do just one more experiment…