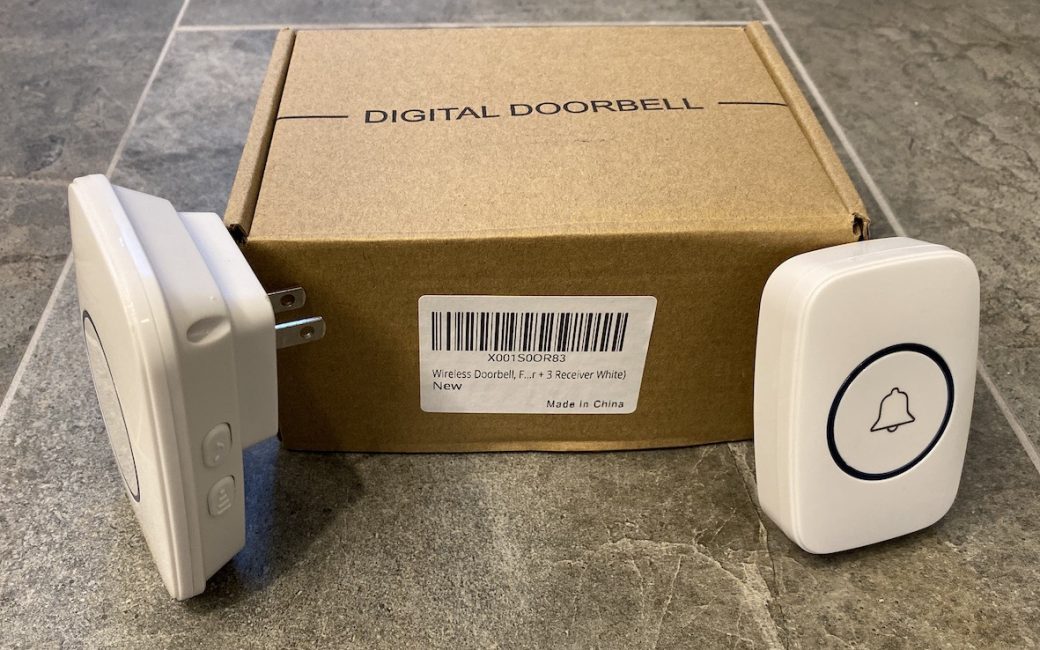 My Father the Scavenger

My father grew up during the Great Depression and as a result, he became a bit of a scavenger. If he found something interesting like a screw or a nut on the ground, it was quite likely to come home in his pocket. Late in his working career, he was making a really good living.

We lived in a fancy house in a nice neighborhood, and yet my dad would walk the alleys behind his office complex digging through the trash to see if he could find anything good. He said that dumpsters behind office buildings have great stuff. 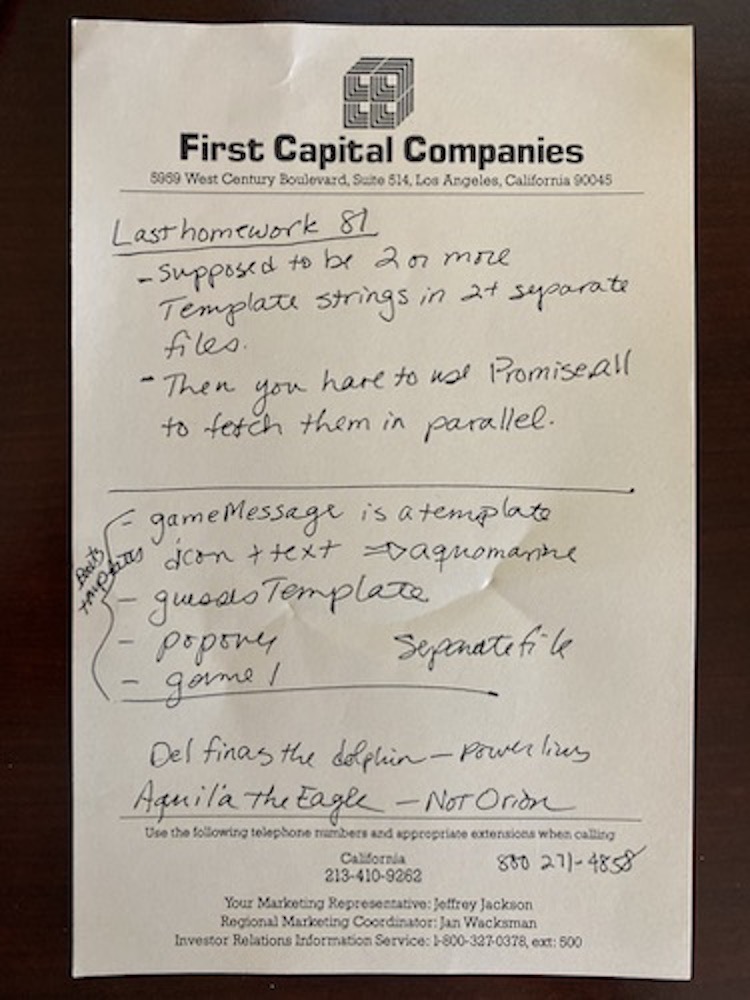 When First Capital Companies moved off of Century Boulevard, they threw away all of their letterhead pads of paper. My dad rescued this perfectly good scratch paper and brought them home. That was 25 years ago and I’m still using these pads for my scratch paper! In fact, I took notes for my Programming By Stealth homework on one just last week.

While I did not grow up during the Depression, growing up under my dad’s influence, I pick up things off the street that others might consider trash. You know those little cylindrical pins you use to hold up shelves in cheap furniture and how you never have enough of them? I found a box of them broken open on the street one day. Score!

Now that I’ve set the groundwork for why I pick up junk on the street, I can tell you a tech story about this habit of mine.

On a recent walk, I found the perfect solution. I found a small, plain cardboard box on the side of the road that said “Digital Doorbell” on the top. I opened it up and inside were two plastic pieces with their plastic peelies still in tact showing it was brand new. One piece is simply a big button with a bell on the front and no other distinguishing characteristics. The second piece plugs into the wall.

How could I not bring this fabulous treasure home? What would my father think of me if I didn’t?

I brought it home, plugged in the one piece and pushed the button on the other and was rewarded with a fabulously loud and annoying doorbell sound. Delighted with my new toy, I showed it to Steve. He may not have been as excited as I was as he asked me what the heck I planned to do with it.

My first thought was to give it to our 3-year-old grandson Forbes. I figured he could put the chime side in his room, with the doorbell button outside the door, and insist that his parents request entry to his room from now on. But then I thought of a better idea. Let’s set up the problem to be solved.

Problem to be solved

I happened to be enormously spoiled. Steve not only does the grocery shopping, he also makes dinner every night. He actually took the job over from me voluntarily when we retired. I didn’t object too much. Usually I’m up in my studio writing articles for the podcast when dinner is ready.

Steve wanted a way to give me a five-minute warning, and then if I didn’t show up, a “dinner’s ready” alert. We do have a lovely 1990’s era home intercom system, but for some reason in 2019 we forget it’s there. Plus, low tech, right?

The obvious solution was to use the Walkie-Talkie feature built into the Apple Watch. Most people think this is a dumb tool but it’s actually fabulous. Wherever he is, wherever I am, he can ping me and let me know my teriyaki salmon is ready. Except for the part where Walkie-Talkie only works about 83% of the time. It’s just reliable enough that we keep trying it, but just unreliable enough to drive us nuts.

I realized that my fancy, high tech doorbell could be perfect to solve this problem. I plugged the chime into an outlet in my studio, and gave Steve the portable button. Now when it’s 5 minutes till salmon delivery, he pushes the button. There is no way I could miss the sound of this chime from anywhere upstairs! It totally solved our problem and it makes me laugh every single time because it’s such a dumb little thing.

On the side there are two buttons, one for volume and one for the ring tone. Discovery of the volume button was quite welcome because I would often be quite surprised when this crazy doorbell went off right next to me. You can set it to 4 volume levels, and even mute entirely. This still works because there’s a bright blue ring that lights up when the chime goes off. That’s also great for the hearing-impaired.

I’m bummed about the ring tones though. I was super excited at first because there are tons and tons of different tones; from Winchester Chimes to Für Elise. I can flip through them with the button but sadly they don’t stick. Pushing the doorbell button goes right back to the “ding dong” sound.

Can You Buy One?

I bet all of you are wondering where you too could get a fabulous doorbell for inside your house. Sadly the box is so nondescript that I haven’t found an exact match. But the sticker on the side did give me a clue that this product was originally even cooler than what I found. The sticker says, “Wireless Doorbell, F…r + 3 Receiver White). That cryptic message suggests that there were actually three receiver units originally in this box. This means that if we can find it, the chime could ring all over your house! 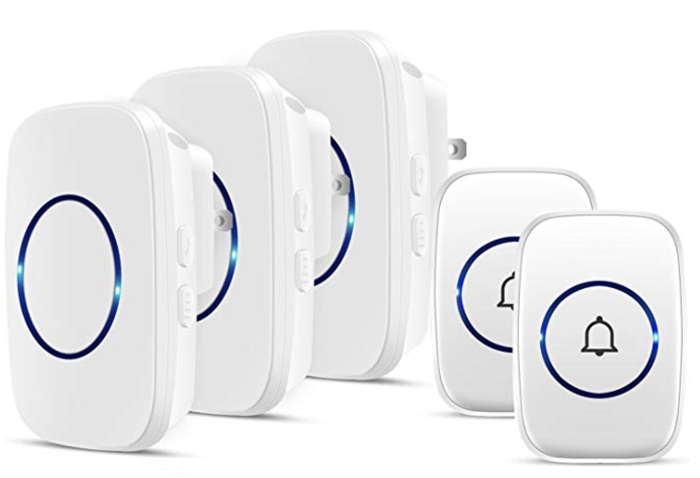 During the live show, Kaylee alerted the audience that she found, on Amazon, the EXACT model doorbell I found on the side of the road! It’s sold by a company called Fullhouse and it comes with 3 chimes and 2 doorbell ringers, just like I suspected. It’s pretty steep at $28.99 but look at all you get! All kidding aside, because she found the exact model, she also found the instructions on how to get a new ringtone to stick! I am stupid happy about all of this.

I did some of the googles, and while I didn’t track down the exact device I found on the side of the road, I found several that look pretty close. On Amazon there’s the BO YING wireless doorbell with 2 chimes and one button for the grand sum of $12. I know, free Is better but $12 isn’t too bad and you get twice as many chimes as I found. If $12 is too rich for your blood, BO YING makes a set with only 1 chime for $11.

You may not have the same problem to solve that I did (not everyone is lucky enough to have a salmon-making wonder husband), but there are lots of use cases for this. Maybe you have an elderly parent living with you and you’d like to know that they could ask for your assistance even if you’re in a distant part of the house. Maybe you have a shop in the garage and when your child can’t figure out where you are, she could ring the bell.

I started this out as a very silly story that made me giggle, but this little device for under $15 is pretty darn cool.