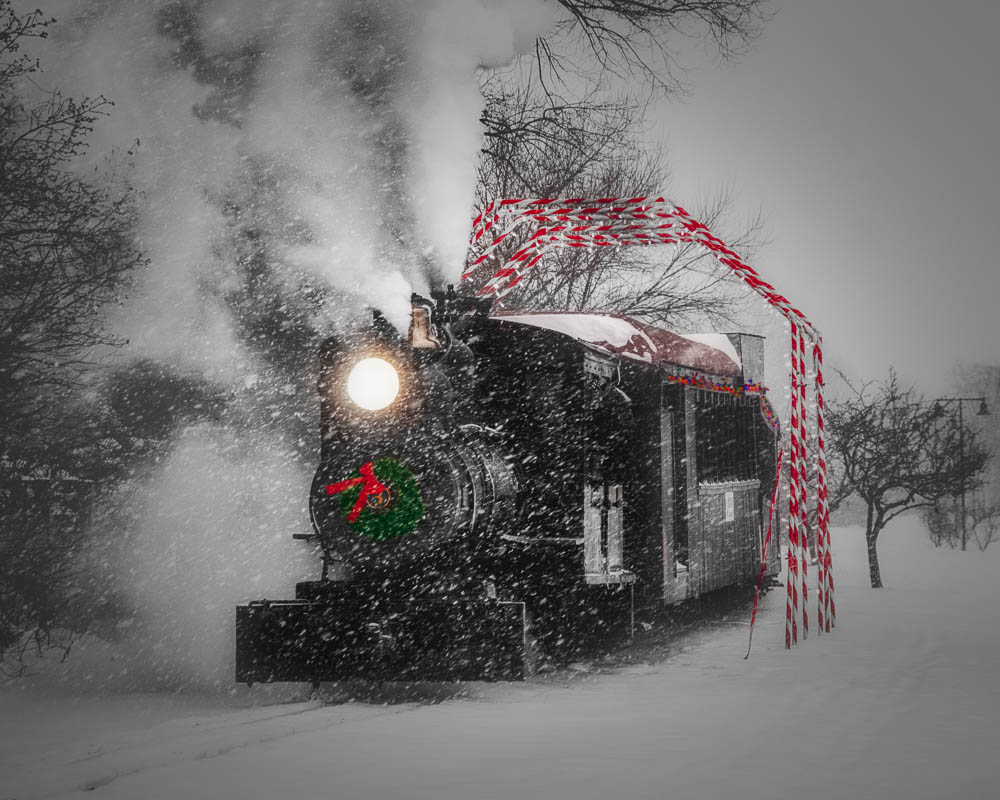 Hi, this is Andy and I’m here with a little bit different kind of a story for the NosillaCast.

My background is in sound, lighting, and projection design for the theater. I’ve been thinking for a while about telling you all about an application I use a lot. It’s called QLab, the letter “Q” “L A B”. And it’s at qlab.app. If you’d like to learn more, it’s produced by a small company in Baltimore called Figure 53. And it’s kind of specific to the entertainment industry, theater and other kinds of performances.

But in a live performance environment, you can imagine, we need it to be very precise. Imagine a dance recital. The music needs to start when the dancers are in position, not before and not after. And then it needs to stop while the audience applauds at the right time. And the next thing can’t start until the next group of dancers is ready.

What QLab does is let us create a series of cues, a series of things that we want to have happen. And we can choose what the timing relationship between those things is. So the standard default behavior is that it does one cue when you press the Go button, typically the spacebar on the Mac, and then it stops, ready to start the next cue the moment you press the spacebar, and you go through the whole show that way.

Now, if you have multiple cues that are always going to operate together at the same time, let’s say you have a piece of audio and a separate piece of video that always needs to start together, then Qlab lets you connect them so that you press the spacebar once and they both happen. This makes it really easy to operate shows that can get very complex.

Here’s a great simple example, where Qlab really shines. And one of my favorite things about it is the feature set of the free version of Qlab, which you can go and download right now at qlab.app was all we needed to do this show.

I volunteer as a conductor on the Maine Narrow Gauge Railroad, which is in Portland, Maine, it’s two-foot gauge steam trains. Our biggest fundraiser of the year at the railroad Is the Polar Express. There’s music and announcements, and a professional performance reading the book. It’s kind of like a little play that happens on the train as we steam out to the North Pole.

There are several different pieces of music that need to happen on time. At the start of the show, everybody’s onboard the train at the station, and we play an introduction. The introduction then goes into the hot cocoa music and our hot cocoa chef elves come on the train and everybody gets their hot cocoa and cookies. As the train leaves, we play some music, then the story, and then some more music.

Then when that sequence ends, we start playing Christmas music. The Christmas music needs to continue until a specific point where Santa gets off the train, and we’re ready to go back to the station. Finally, we play our last song from the film score.

So the problem to be solved is making sure that the right things happen at the right time. But if there’s an unexpected delay, they don’t happen too early. The speed the train runs is about the same every night, but it varies a little from trip to trip and engineer to engineer and for instance, if there was an obstruction on the track, or we had a mechanical issue might have to hold for many minutes. We want the soundtrack to stay with us that whole time. In the past, the sound had been run of an iPod Nano, and it required somebody with a fair amount of skill in order to make that work, and it often wasn’t all that elegant. It was okay, but we could do better.

This year I programmed it into QLab. When the train pulls into the station for the first trip, the sound operator presses the spacebar and it starts playing the pre-show music and that’s a series of tracks. That series of tracks will repeat forever if needed. So we could start it today, come back tomorrow morning and it would still be repeating that same series of six tracks, so we’re in that loop for as long as we need to be.

Then when we’re ready to start the show, they push the spacebar one more time. It plays the safety announcement and then starts the Polar Express music and then goes directly into the hot chocolate music. That hot chocolate track is 27 minutes long. It should never take 27 minutes to serve hot chocolate, even to a train of close to 300 people. The idea is I’ve given us way more music than we could ever need under any reasonable circumstances.

Then as the train leaves, the operator presses the spacebar again. And it starts the sequence with the music and the story. And then when the story ends, it automatically goes into the Christmas music sequence, which again repeats like that first sequence I talked about, the pre-show, so however long it takes us to get back, the Christmas music will just continue. When we drop Santa off, we’re ready to go back into the station for that last little part of the trip.

And then the music comes back up, it finishes the Believe song, and automatically goes back to start again; that is the pre-show for the next trip all through Qlab. And this is a fairly simple application of it, using just the free feature set.

It can get fairly expensive if you want to use the advanced audio, video and lighting features. It’s about $1,000 to buy the complete program. But if you’re doing a sort of one-off event, it’s also available as a rental. $10 a day gives you the full feature set. Or if you only need one discipline, audio, video or lighting, you can just rent the one you need for $4 a day. I would encourage you if you’re doing a school talent show or a church event or a dance recital to think about bringing your Mac along and give QLab a try.

Back to you, Allison 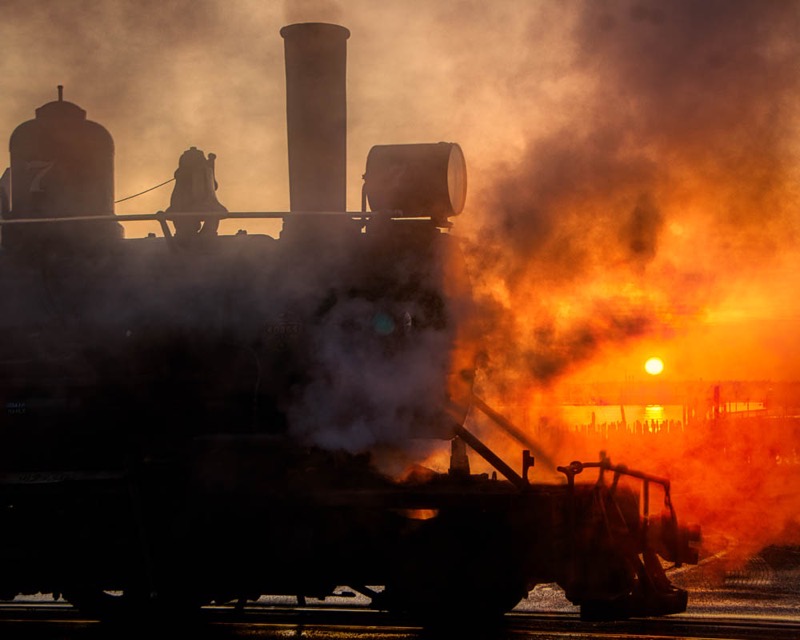 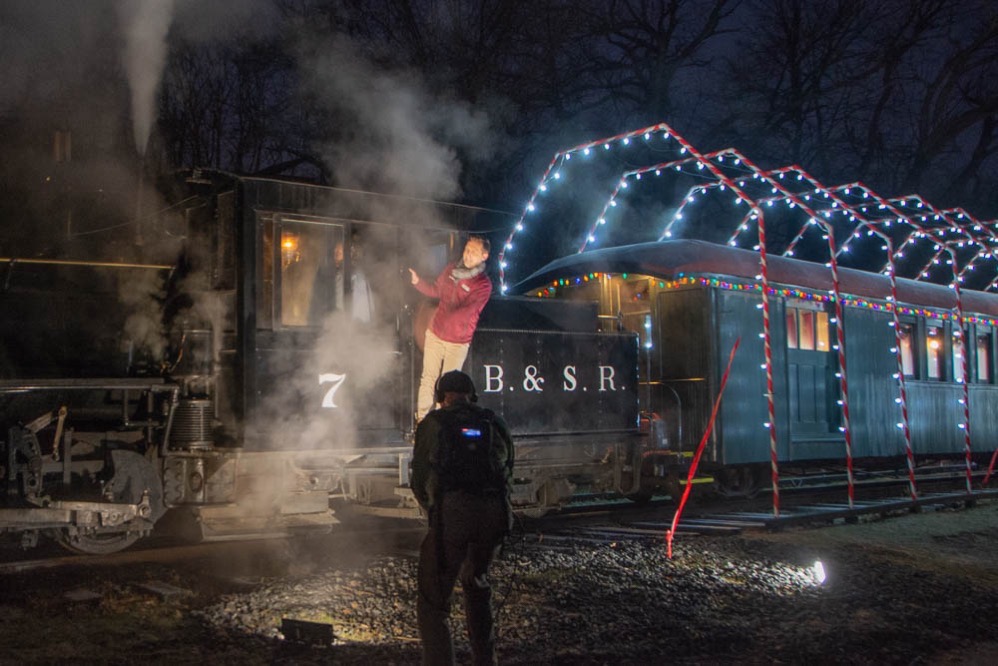 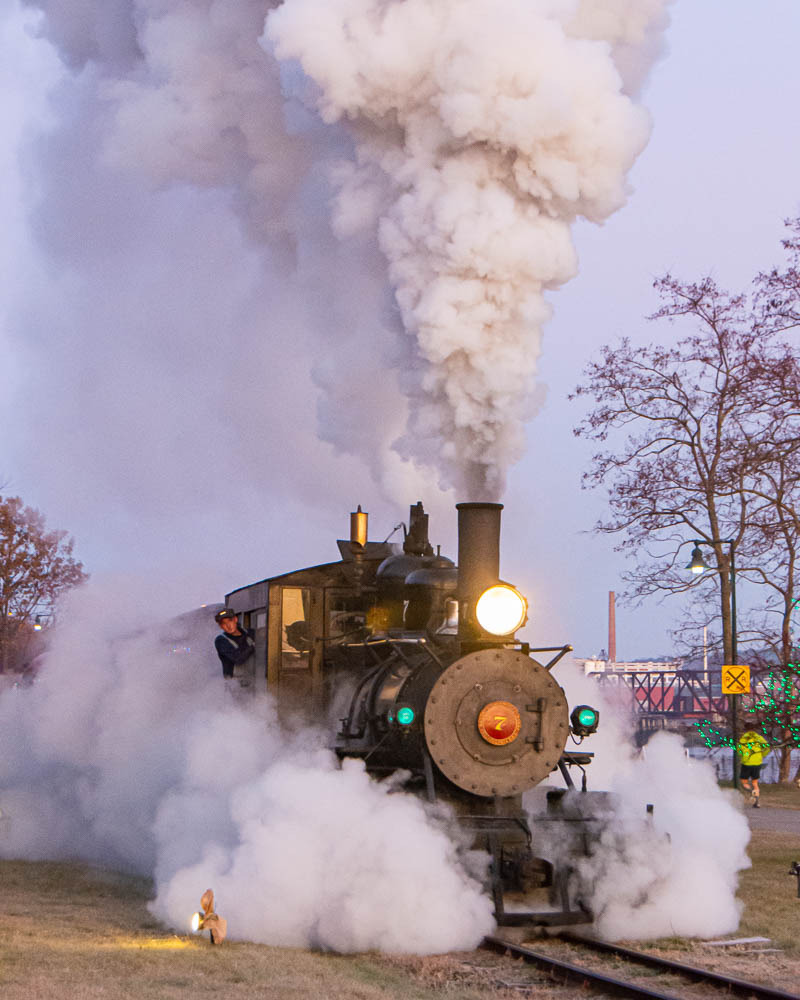 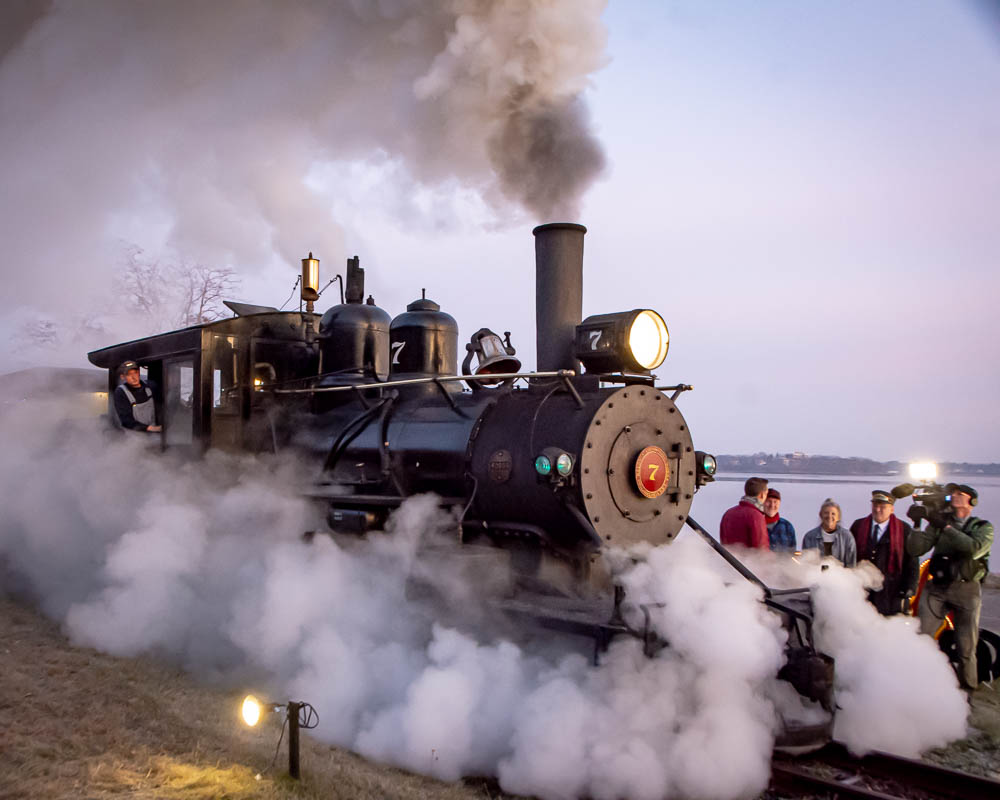 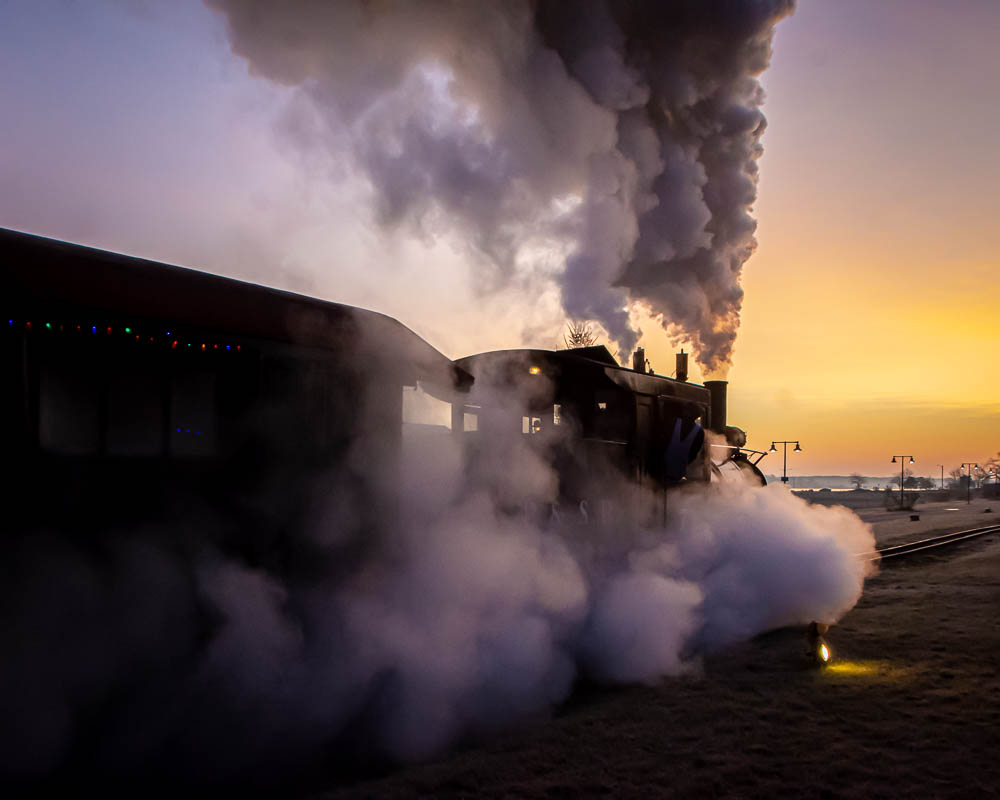