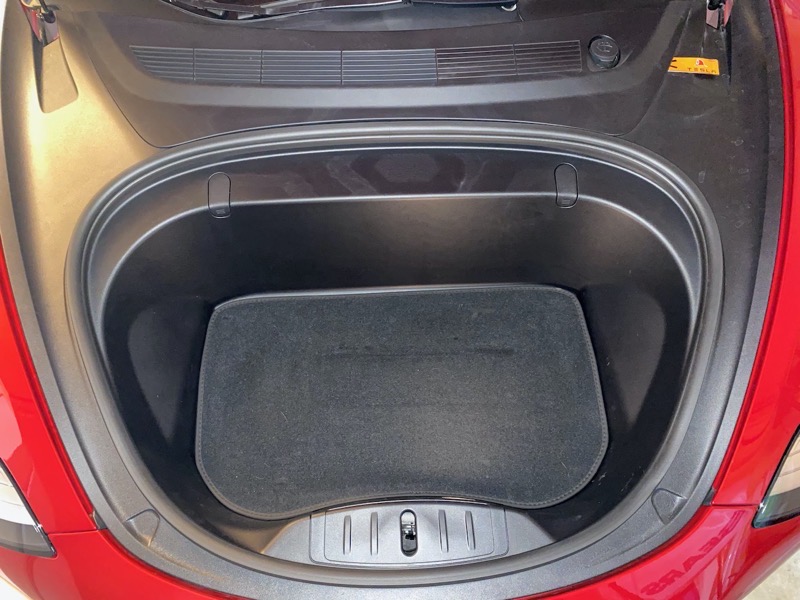 Shortly after I got my electric vehicle, I was driving past the gas station near my house and I realized, I will never go there again. I know it’s obvious that I don’t need to put gas in my car, but it was still a shock to the system to not have to do something you’ve done once or twice a week for literally 45 years.

I’ve said ever since I got this car that driving it is not like driving a different model of car, it feels like driving some completely new category of vehicle. It’s almost as dramatic as the difference between driving a car and driving a boat. When I started thinking about all of the parts I no longer have in my car, it illustrates why it feels so very different.

I’m sure a lot of what I’m going to talk about is representative of all purely electric vehicles, but I don’t pretend to have researched anything but the Tesla Model 3.

Parts My Electric Vehicle Doesn’t Have

The overarching difference between my car and an internal combustion engine car is that the Model 3 doesn’t have an engine at all. It’s quite shocking to pop the hood (or bonnet as Bart would say) of the car and instead of seeing an engine, there’s an extra trunk. Between the front trunk and the bottom glass of the windshield, there’s a plastic cover with one single fluid container: the windshield wiper fluid reservoir.

The rotation of the crankshaft has to be very carefully synchronized to the camshaft, or the engine’s valves won’t open and close at the proper time during each stroke of the pistons in their cylinders. This synchronization is in part controlled by a timing belt. Timing belts are usually made of rubber and eventually wear down, so the timing belt has to be replaced from time to time. No spark plugs, no pistons, no crankshaft means no timing belt.

Obviously I don’t have a gas tank, but that also means I don’t have a fuel pump or fuel injectors. I had those go bad on a car too a very long time ago. I also got a hole in a radiator once (I remember the place I got it fixed was called Hozie’s Radiator which I thought was a fun name). But an electric vehicle doesn’t have an engine to cool so there’s no radiator either.

The engine is cooled by pumping fluid through the engine when it’s running. That’s the job of the water pump which is driven by yet another belt connected to the crankshaft we’ve been talking about. No engine means no need for fluid to cool it means no water pump and yet another belt my car doesn’t have.

Back in that long, sordid story of the Honda dealer trying to cheat me when I was young and it turned out to be the valve guide seals, they tried to convince me that it was a bad head gasket. They said it was under warranty recall and that they could pull the head to see if it was bad. If it was bad, they’d replace it under the recall but if it was good, they would charge me for the labor. This was right around the time I figured out that they were thieves. That’s not how recalls work! Anyway, since I don’t have an engine, I don’t have a cylinder head, so I don’t have a head gasket for thieves to lie to me about.

When you look at the back of my car, it looks like it’s missing something. There’s just a bumper and nothing hanging below it. That’s because it has no muffler. No holes can get in a muffler that you don’t have.

Because ICE engines contribute a fair amount to air pollution, the catalytic converter was invented. This nifty device removes carbon monoxide, hydrocarbons and other harmful chemicals from exhaust emissions. They do this magic using very expensive, rare-earth metals, such as palladium that costs more per ounce than gold. Since EVs produce zero emissions, they don’t have catalytic converters either. That also means there’s no need to ever go get an emissions check to get your registration renewed.

Some Things in Common

As I started thinking through all of the things in the car that I don’t have anymore, I could hear my father with one of his famous sayings, “Everyone goes when the whistle blows.” This was his way of pointing at single-point failure. If one thing fails and takes everything down, that might not be a good thing. If the giant battery that runs the motors in my car fails, would that bring everything else down? Would I be able to get out of the car? Would my airbags deploy? Would my seatbelts tighten as I approached a crash? Would the autopilot cease to work? Could I even turn on the emergency lights as I sat on the side of the road? Let’s talk this one through.

Remember I said when I open my front hood, all I see is a plastic cover and the place to fill the wiper fluid? It turns out that plastic cover can come off and you get a few more things to look at but oddly you’re not supposed to have to mess with them. That’s where the 12V battery is hidden. At teslatap.com/… there’s an article about the battery that set my mind at ease about all of the emergency needs I described above. Everything I was worried about is controlled by that 12V battery. So don’t worry, Dad, my blinkers and airbags and windows will all work even if the giant battery goes kaput.

I mentioned not having a water pump or a radiator, but the Teslas do have battery coolant. There must be an electric pump buried in there to move the coolant around too. You can see the filler cap for the coolant under that plastic cover in the front trunk, but they tell you to never open the filler cap to check it. The manual says you’ll get a warning indicator if it ever has a problem but you shouldn’t expect to have to worry your pretty little head about it for the life of the vehicle.

Speaking of brakes, the brake pads themselves will last way longer than in an ICE car. They aren’t made of some magic material. It’s because you don’t need to use them very often. Part of what makes this car feel like a different beast than anything I’ve ever driven is that when you let off the accelerator, the car’s regenerative braking kicks in and automatically slows the car down, and charges the battery with that energy. If you’ve ever driven a golf cart or a go-cart, it’s kind of like that. For stop and go driving, you feather the accelerator instead of jumping back and forth between the accelerator and the brakes.

Teslas get over-the-air updates pretty often, and there was a recent update that changed how much we need to use the brakes. Before I explain the change, there’s a term I need to describe. When you come to a stop in the Tesla, if you press firmly on the brake, you’ll see an H inside of double parentheses. This means Hold. In Hold, you can take your foot off of the brake and the car won’t roll. It makes waiting at lights more restful and I think safer. How many times have you been at a light, bored, looking around and then for some reason your brain tells you to lift your foot? In an ICE vehicle, your car will roll forward, and that’s actually how I got rear-ended when my car was brand new. In the Tesla, you have to actively participate in rolling forward.

I did an experiment today where I drove from my house down to the beach which is about 2 miles, backed into a parking place and parked for my run, pulled out after my run, went to Starbucks, parked again, pulled out and drove home and into my garage, all without ever applying the brake to slow down or stop. It was amazing. So while I do have brake pads, and hydraulic brakes, I find myself wondering how long they will last. A local place where I got a tire fixed recently (not for my car) told me they’d gotten to their very first brake pad replacement on a Tesla. It was a Model S with 75K miles on it. The Telsa owner said it was his first replacement experience too.

Steve pointed out that this is actually a safety feature as well, and I think I may have mentioned it before. If you’re hurtling down the highway at 65 MPH and you need to stop suddenly, in a traditional car, the time from when you take your foot off the pedal till you get to the brakes, the car’s momentum is carrying it at nearly the speed you were originally going. With the Tesla, even without any of the collision avoidance features, as soon as you lift your foot off the pedal you’re starting to decelerate dramatically. Could mean that split second difference you need.

Theoretically, if there aren’t as many parts and especially moving parts in a car, then the chance of requiring repair should go down. There are an awful lot of sensors on this car, but modern ICE cars have lots of cool electronics too for things like collision avoidance. With fewer parts, the required preventative maintenance on a Tesla is really minimal.

From the Tesla manual at tesla.com/… here is the entire recommended maintenance for the Model 3:

Beyond that the Tesla Model 3 has a limited warranty of 4 years or 50,000 miles, whichever comes first. The big-ticket items on a Tesla are the battery and drive unit and they come with an extended warranty period. They’re covered on the Model 3 for 8 years, or 100,000 miles, whichever comes first, or if you have a long-range battery like mine, it’s 120,000 miles. Within that period the battery is warranted with a minimum of 70% of its original capacity.

I know this car cost a grip (as Robb Dunewood would say) so it’s not like I can claim great savings because of reduced maintenance and probable failures due to fewer mechanical components, but I thought it was an interesting exercise to walk through all of the parts the car simply doesn’t have.