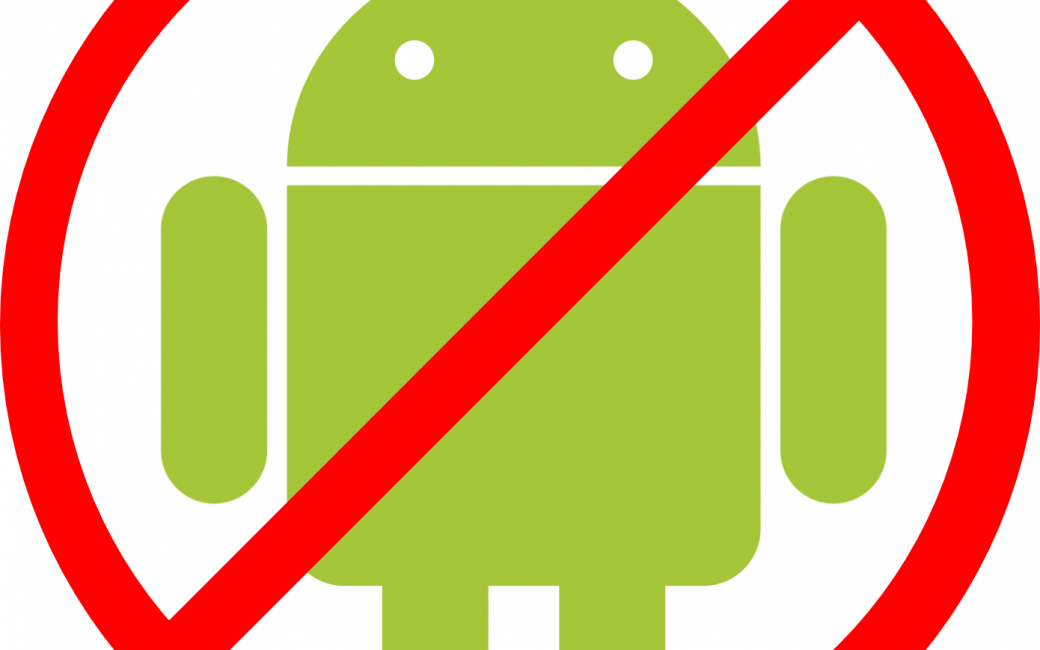 The next time you hear me saying that Android and iOS are pretty much equivalent now, please reach in over the Internet and slap me up ‘side the head, ok?

Now that you know the end of the story, let me start at the beginning. In April of 2017 I bought a Google Nexus 5X because I needed an Android phone to initialize the Google Fi data cards I acquired to give us inexpensive data while on our international travels. I chose the Nexus 5X because it was the least expensive phone I could buy that was being sold by Google. I wanted a phone sold by Google because I knew that other manufacturers didn’t necessarily give you the latest OS or even security updates after a while. I knew if I went Google I’d keep getting updates.

One entire month later, Google announced they wouldn’t guarantee security updates of the Nexus 5X after September of the next year. That meant my brand-new phone had a life of maybe 17 months. I was furious!

The good news is that Google did support it longer than they guaranteed, but the Nexus was officially cut off in 2019. I planned to throw it in the bin, as Bart recommends, but NosillaCastaway Joe LaGreca said he wanted it for some localized testing, and I knew he was going into this with his security eyes wide open so I let him have it.

I went to the SMR Podcast Facebook group where a lot of Android folks hang out and asked them what I should buy. Again my requirements were few. I wanted the least expensive Android phone that had the highest probability of getting security updates for a long time. The only job this phone will perform (other than giving me a chance to play with Android) is to act as a tethering device for international travel. While the Google Fi cards work in iPhones, Google doesn’t let you tether from the iPhone.

The phone that got quite a few recommendations was the moto g7 from Motorola, which cost me $199 for a 64GB model. I never did a review of the device but I actually really like it. The hardware feels solid, the camera is mediocre but fine and it’s really fun to type on with the haptic feedback.

I played with it for a bit, loaned it to my friend Diane with my Fi cards while she went on vacation and then threw it in a drawer to await our next trip. A few weeks ago, Bart mentioned a security patch for Android, so I pulled it out to run the update.

But I couldn’t log into the device and it had been too long to use the fingerprint sensor. I triple checked my password which was of course in 1Password and I was putting it in correctly. Hmmm.

I went online and I found a way to wipe the device in a very linuxy kind of way. With a double-secret key combo you can boot an android into a recovery mode and wipe all data and do a factory reset. I ran through the steps and in a little bit I had a fresh version of Android on the device and I was able to recreate my login, add my fingerprint and start putting applications on the device.

But first I ran system updates. Android doesn’t make this easy. First you open Settings, which is reasonable, and way near the bottom you’ll find System, which says below it includes Languages, time, backup and updates. Tap on that and you see a list of System things you can change, none of which is Updates. The last thing is Advanced, which is folded up for some absurd reason and includes System Updates at the very bottom. You sure wouldn’t want a novice user to install System Updates, now would you?

I ran updates until it said I was up to date, shut it down and threw it back in the drawer.

Then last week Bart mentioned another critical Android update. I whipped open the drawer, pulled out the moto g7 and ran the update request again, and it said, “Your device is up-to-date”. And proceeded to tell me that the security patch level was December 1, 2019.

But the lates update for Android 9 (also playfully called Pie) is February 2020, not December 2019. I don’t know what I’m so worried about, the Security Bulletin listed on source.android.com only talks about a critical vulnerability that lets a maliciously-crafted PNG execute arbitrary code. So not that big of a deal, right?

It was time to contact Google. This phone is seven months old and I’m not getting security updates! I found live chat with Google, and while Jennifer seemed quite lovely, she said as I bought the device via Google Fi I would have to chat with them instead, but she happily transferred me over to Jyothi from Google Fi.

Jyothi first explained that if I had the device enrolled in the Android Beta program, that could prevent it from getting the latest security updates. She sent me a link to check if it was enrolled (I knew it wasn’t) and the link simply said that the beta for Android 10 was complete and to go away. She didn’t seem to buy that I couldn’t check my device there but there was no option.

Then she said, and I quote, “The updates for moto g7 you need to contact the Motorola”. While her grammar was atrocious, the message is worse. She would not/could not help me with OS updates, even though her company/organization sold me the phone! She insisted that I talk to the manufacturer.

If I was annoyed at Jyothi about this, it was nothing compared to the level of service I got from Motorola. First of all they start you off with a really annoying virtual assistant named Moli, who gave me links to do the software update that returned an access denied message. I just kept typing in too many words till Moli decided I needed to talk to a real person and I was given Jo Ann.

I explained that I was not getting the critical February 2020 update and she explained that all I had to do was “install the Lenovo Smart Assistance in your PC and connect the phone”. Wait, Lenovo? Why am I being asked to install Lenovo. After a few messages back and forth, I found out that Google had sold Motorola to Lenovo. Face palm.

I explained in what was a slightly annoyed tone that I don’t use a PC. Her answer was just a smidge less helpful than her previous message. She said,

That is the only thing we have here as we do not have tools to distribute the updates. I understand that you need help. You did not receive the security patch. We do not have the tools to send the patch in your device and the only thing we have is the smart assistant. If you want, you can check it with our Developers forum. It will receive updates.

Wait, what? The forum will receive updates? This makes zero sense. I also questioned her use of the adjective “developers” for this forum, suspecting it was a user forum. She assured me it was developers.

The only useful thing I got out of Jo Ann was that I had her confirm (twice to make sure she understood my question) that the moto g7 should be getting updates.

She explained that I could mail the phone in for free and if damaged they would fix it. Well since this device has only been handled a few dozen times, I’m pretty sure it’s not damaged in any way. I told her I’d check the forums and she instantly hung up the text chat on me.

By this time I was in pretty deep so I signed up for the forums. After all that falderal I was finally in. I did a quick search for moto g7 update and got no hits. Ok, I’ll post my own question.

So where is that New Post, New Question, Start a Conversation button? I am not joking, I cannot find it. By this time I’d spent about an hour and a half on the problem and I went to bed.

Calling Motorola on the Phone

After my morning run the next day I was refreshed and ready to battle this problem again. Google gave me the phone number to contact Motorola tech support, so in hopes that I got someone better at this than Jo Ann, I used the telephone, like an animal.

I got my little friend Joe on the phone from Motorola and explained the situation to him. He completely understood what I was asking and immediately gave me the answer.

Updates come out at random, we don’t push them to everyone at once.

I told him that was a terrible answer. He said, “but I’m telling you the truth!” I told him I was 100% certain it was the truth but that didn’t make it a less terrible answer! I explained that Apple ships its new OS to every single eligible device on the same day (and didn’t bother to point out that they update devices back 6 years).

I normally use the moniker “my little friend” for people who help me. You might be surprised that I anointed Joe with this title, but it’s because it was very clear from his tone that he also thought this was a terrible answer. I pointed out how the February patch fixed a critical vulnerability that allowed a maliciously-formed image file to have access to remote code execution, so it wasn’t like these patches were important or anything. He was apologetic and knew it wasn’t what I wanted to hear, and he wasn’t at all defensive.

I asked him whether Motorola controls the servers that do the pushing or whether it’s Google and he said it was Google. I don’t know if he was certain about that or not but I suspect he’s right.

How Far Behind is My moto g7?

After I got off the phone with Joe, I kept searching for more information and found a Motorola site that would reveal exactly what security patches are available for the moto g7. Remember I said there was an update in February? Turns out there was one before that in January that I never got and better yet, there’s yet another one I haven’t received in March.

I am three patches behind on a seven month old phone.

If you ever hear me saying that Google is getting really good at security updates, please write to me and remind me of this article. You can even write in all capital letters.

In our NosillaCastaways discussions, I often hear people complaining about Apple’s refusal to update someone’s iPad Air 1 or 2007 MacBook. I don’t want to hear about it ok? Apple is amazing and Google stinks.

I hate to be corrected as much as the next person, but I really hope that the representatives from Google, Google Fi, and two reps from Motorola are all wrong and that there is a way to kickstart the updates to my 7 month old phone. Please tell me if I’m wrong?