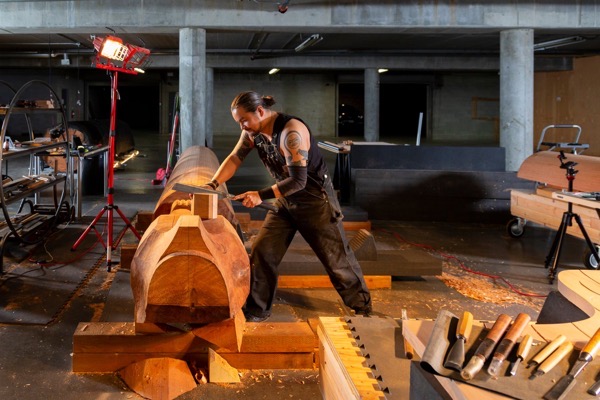 Shaun Peterson, who’s inherited name is Qwalsius, is a member of the Puyalup Tribe in Washington. He is a professional artist working in public sculptures, printmaking and mixed media.

He utilizes technology to plan installations for major works and private commissions. He works in the Seattle area and draws inspiration from his Native American heritage blending technology and tradition in what he calls ‘traditional innovation’.

In this very broad conversation we talk about how he got into technology and who influenced him that direction. He talks about the surprisingly naïve misconceptions people have about Native Americans and how these perceptions influence people telling him he “shouldn’t” use technology in his art because then it’s not authentic to his heritage.

We talk about how he grew from a love of geometry and drafting into using Google Sketchup (and his accidental organic shape creation) all the way to the $4000 Cinema 4D application and what he can do with those tools. We talk about how he used wind-felled Cedar trees for a sculpture rather than further destroy the forest.

Shaun gave me a view into a world I know pretty much nothing about combined with some technology inspiration from Ken Ray, the NosillaCast, Bart, Leo LaPorte, and Briannaa Wu.

Here are a few images of digital renderings he’s done for upcoming projects: