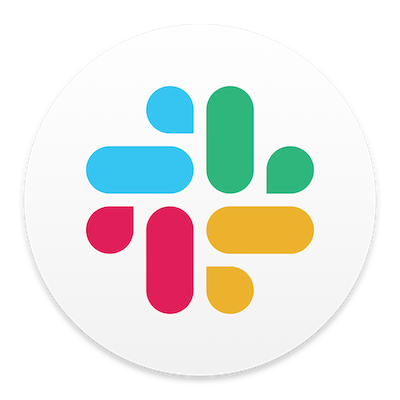 The main reason I do the podcasts is that I like to help people. I love to teach what I know, and podcasting and blogging give me that outlet. You’ve heard me say before that the best part of this has been the community of NosillaCastaways that I’ve gotten to know over the years.

I think a lot about the different places we have to chat, and I wanted to talk a little bit about how the community engages in Facebook vs. Slack. If you’ve never joined either conversation, maybe this article will encourage you to start, and if you’re on Facebook but not our Slack, perhaps this will encourage you to give it a try.

When I first created the Facebook group, we also had a Google+ community and the people there begged me not to create the Facebook group because they felt it would divide us. But as soon as I created it, the community began to flourish on Facebook and we had people in there I’d never gotten to talk to before. We were in two different places, but the sum of the two groups was much larger, so I considered it a win.

At the same time, Google+ was doing a slow downward spiral to death so even the diehards were participating less and less. I promised that I would stay engaged as long as we had people in there, and I’m pretty sure it was just Steve and me at the very end to turn off the lights.

Before the demise of Google Plus, I needed to make sure we had a place for those who eschew Facebook to play, so I created the Podfeet Slack. Almost immediately the Podfeet Slack grew to include not just the diehards, but lots and lots of new people.

Fast forward to today. An interesting thing has started to happen. The Facebook community appears to be slowing down. I post my articles there (and in Slack and on Twitter), and Steve and a few others post interesting articles from the web about tech, but it’s not that often that anyone comments about those articles. People on Facebook aren’t often asking questions there either.

One notable exception is that our daughter Lindsay recently posted a question about replacing her printer and got a lot of great responses and advice. It seems that people get interested when someone needs help and asks a question. Now, why would they do that more on Slack than Facebook?

I have a theory on why the Slack community is so much more engaging than Facebook. In Facebook, there’s one message area, without any categories for conversation subjects. If you post a question, and a short time later someone responds to an older post, that older post will pop above yours in the Facebook feed and your question will be buried.

I think the lack of categorized conversations may limit peoples’ imagination of what they can/should talk about. Slack has the concept of channels within a group. The admin can create as many channels as they like. My goal has been to limit the number of channels because I don’t want to create a paralysis of choice.

I think we’ve settled on a nice balance of just enough channels for now. The coolest thing about the Channels is you join only the ones that interest you. You can even turn on notifications and be sure that you’ll only be alerted to your area of interest.

I think the channel we created are self-explanatory, which is why they work so well but let’s walk through them:

The nice thing about having the channels is that it seems to actually encourage conversation because people get inspired by the subjects. As an administrator of the Slack, I get to decide what channels you’re automatically going to see, and I chose ncs-show-off and show-announcements in addition to general. This means that when you first join you have to figure out how to add the rest of the channels you’ll care about.

I posted a question to our Slack asking people why they like it so much and Marty brought up what he does for his Slack to help with the discovery of channels problem. He has a standard message he posts to every new member that welcomes them and tells them how to find other channels. I have now created a TextExpander snippet to do exactly that for our new members!

Notifications of activity on Slack are super flexible too. In Facebook, you either get all notifications or none. But in Slack, you can use the main Preferences to set notifications only if you’re mentioned, or only if a keyword of your choosing is used. I originally thought that was the only granularity, but if you go into a specific channel, you can use the “I” icon and go into More and set notifications for that specific channel. Let’s say you’re a huge fan of the delete-me channel (I mean, who isn’t?) You could set your notifications to be for every post in that channel while leaving all the other channels set to only if you’re tagged in a post. Pretty cool.

In Slack you can have direct message conversation with one person or even several in a group. I’m often privately chatting with Mike Price or Michael Westbay about programming topics, or discussing Marty’s latest masterpiece review for us, or encouraging Tim Jahr to keep challenging me with his contrary opinions, all within Slack. I never would have gotten to know these folks if it wasn’t for Slack.

We use Discord chat for the live show podfeet.com/chat, which allows Steve and I to talk in audio and provides text chat. Discord doesn’t support threaded messages, which is fine for the stream-of-consciousness conversations of a live chat, but that doesn’t work well for thoughtful, asynchronous conversations like we need.

Slack on the other hand obfuscates its ability to do threaded messaging. It’s there but you have to know to look for it and they hide it in different places depending on the operating system. For example, on the desktop version, when looking at a post there will be no options available at all. If you hover your cursor over the post, only then will a set of options be revealed, including add an emoji reaction, start a thread, forward, bookmark, and more.

Usually screen reader users get the diminished experience, but in this case, they actually have an advantage. Since the start a thread option only shows up on hover, I wasn’t sure how a screen reader would find it. In Slack though, the invisible emoji reaction, reply, and share buttons are actually read out loud and clear by VoiceOver! I’m sure glad it’s accessible to the visually impaired even if they hide the buttons for sightlings.

Once someone has discovered the elusive thread option on a particular post, other readers will now see the number of replies which when clicked reveals the threads. At least it’s obvious at that point.

The result of this stupid obfuscation is that people reply inline instead of in threads, which means the original poster doesn’t get a notification that someone has responded to them. Maybe I should make a TextExpander snippet that says, “responding just so the thread is obvious” and do that to 100% of the posts in our Slack!

Another thing the Slackers like is that you can write in Markdown. In general, I find using keystrokes like command-i to italicize easier than using the code for it in Markdown, but there’s one spot it’s super useful. Markdown allows you to put code in monospace. A single back-tick (the key to the left of the 1 on a US keyboard) on either side of a code snippet really helps it stand out.

Everyone said that having threads and channels is the real killer feature of Slack. Dave Hay added that another reason he likes Slack is that it’s !Facebook, which in programming means “not Facebook”. The best part of that comment was when Mike Price (aka @Grumpy) responded with “Dave, this is the general channel, not programming by stealth!! 🤣 ” I loved that.

Mike’s other answer to my question about what makes him like our Slack community was even better. He wrote, “I like the opportunity to try to help folks with their tech questions & problems.” I know that answer isn’t specific to Slack, but it’s the best part of having any community chat.

If you’re happy with Facebook and want to keep playing in there, that’s great. Just like I did with Google Plus I commit to going there regularly, posting, and responding as long as you want to play there. But if you want even more fun and a more vibrant and engaged community, I would like to encourage you to start checking in regularly on our Slack community at podfeet.com/slack.