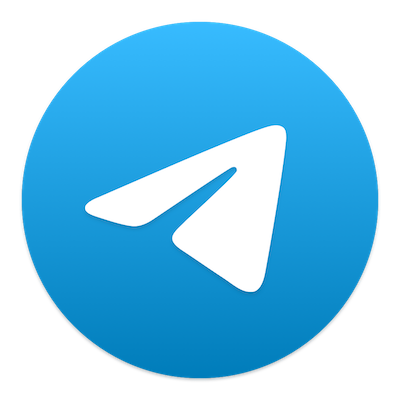 Last year I wrote an article explaining why I like the cross-platform app Telegram so much better than Apple Messages. I talked about how there’s no blue/green bubble nonsense, how group threads never get tangled, how it syncs across devices instantly, how it has built-in GIF search, and most importantly how you can edit and delete messages.

What I didn’t tell you was that there was one thing I liked better about Messages than Telegram, and that’s integration with Siri and AirPods. When I’m out for a walk, and someone sends me a Message, my podcast will pause and I’ll hear the message in my AirPods

Back when I wrote that blog post, Telegram wouldn’t let me do this and it made me sad. Rosemary Orchard’s tried to help me do it with Shortcuts, but the hooks weren’t there so it didn’t work.

But a few months back, Telegram added this capability, and like many things in Telegram, I like how it’s implemented so much better than it is in Messages.

Messages Has Some Problems

While I do like getting my personal Messages in my ears, unfortunately every single thing Messages receives comes through on my headphones. Messages doesn’t differentiate what it reads to you at all.

Picture this. I’m trotting along listening to an intense interview by Alan Alda on Clear & Vivid where he’s having Kip Thorn explain gravitational waves, and suddenly it’s interrupted with, “Thelma Lou laughed at a message.”

There are two things wrong with this. First of all, I’ve lost the thread of where Kip was explaining that rainfall moves the ground enough to be detected by the instruments. Second of all, even if I hadn’t been listening to something where this level of concentration is required, what value is it to tell me that Thelma Lou laughed at a message if you’re not going to tell me which message she laughed at? Zero value and maximum annoyance.

Secondly, I dislike Tapbacks even when I’m reading Messages, but I truly despise them when they interrupt my podcasts. If what I wrote isn’t worth your time to write a clever response, I’d truly rather you didn’t respond at all. Tapbacks are too easy to do and don’t add to the conversation in my opinion.

The second problem is group messages coming through to my AirPods. As I’m sure is true with your friends, group messages can get chatty from time to time. I’ve been on a walk when I’ll get interrupted every few feet because a group is going back and forth on a topic. Those conversations are often interesting, and I like reading them on my phone or computer, but I wish there was a way to shut them up when I’m walking. Worse yet, people in group messages seem to love those darn Tapbacks! “Billy Bob loved a message.”

The third problem is a “feature” of Messages, but I don’t favor it. If a Message comes in that is considered “long” (and I don’t know what the length of long is), your message won’t be read to you. Instead, Siri just interrupts you and tells you you’ve received a Message. I’m not sure which is worse, being told that Thelma Lou laughed at a message I can’t see or being told that Thelma Lou sent a message but Siri doesn’t read it to me. They both interrupt me which is equally annoying, but not reading a message to me is probably more frustrating.

Now my train of listening has been derailed, and my curiosity piqued. Even though Thelma Lou isn’t all that interesting, now I have to know what she said. You can say, “Hey Siri, read it to me” and then she’ll read the message. So now Siri has interrupted me but not read me the message, then I have to ask her to read it to me, and then I can hear the message. Such a waste of time!

If Siri reads you a message, and you’re quick about it, you can say “Hey Siri, Reply” and then dictate a response. Remember though that her short-term memory is extremely limited so if you wait too long she’ll say, “reply to what?”

To send an original message to someone using Messages, you simply say, “Hey Siri, Send a Message to Thelma Lou” and she’ll reply with, ‘what would you like to say?’” You then dictate your text, she reads it back to you, and then asks if you’re ready to send it. If there aren’t any egregious typos, you say yes and she’ll tell you she sent the Message.

Telegram is ever so much better

With Telegram, you initiate original messages in essentially the same way as Messages, but instead, you say “Hey Siri, send a Telegram to Thelma Lou.” It works very well.

When replying to Telegrams, you don’t have to specify the platform as long as you’re quick about it. After she reads you a message if you very quickly say, “Hey Siri, reply” she’ll assume you meant to reply to the Telegram.

This week I was chatting with Bart on Telegram while on a walk. He sent me a Telegram and evidently, I hesitated too long. I said “Hey Siri, reply” and she said, “Who do you want to reply to?” Ok, so she forgot who just wrote to me, but I’ll play along. I said, “Bart” and she took my reply and sent it. Later when I got home, I realized she sent my replies through Messages, not Telegram. He must have been very confused! So you do have to be quick about it with those replies or she defaults back to Messages.

I described to you the three things I don’t like about Messages coming into my headphones. The first was those dumb Tapbacks and since Telegram doesn’t have the concept of Tapbacks, Thelma Lou is forced to actually write something clever, such as “Haha.”

The second problem was that group message threads are just too chatty. Telegram solves this by not reading group messages at all! How brilliant is that? Individual, personalized messages are more likely to require a response so only those get routed to your headphones.

I love my group messages, and especially my Wine Wednesday group which can get very chatty, but I don’t want to be interrupted every 12th step on my walks by the conversation, so this is a huge improvement for me.

Telegram does tap your wrist if you have an Apple Watch if you get a group message so you can glance down and see if you care enough to participate. I was on a walk recently where Bart and Helma and I were discussing the right way to structure a new Taming the Terminal episode, and I deeply cared about the decisions being made.

I never heard the messages through my headphones but when I saw it on my wrist, I stopped and unlocked my phone, and dictated a few messages back. When the conversation is a bit lighter and less complex, I have been known to use my Apple Watch to dictate my response to a group message. I love this compromise having group conversations on my wrist and individual conversations in my ears.

I’ll admit that Telegram does one dumb thing, and I hope they fix this. Let’s say Steven Goetz answers a question I’ve sent about the number of graphics cores on an M1 MacBook Air. I’ll hear in my headphones, “Steven Goetz says 8 cores”.

I’m not sure why Telegram does this but perhaps someone programming it thought if two messages came in back to back you’d want to hear them both in order to maintain context. It can get really bad if the person writing to you likes to put each thought into a separate Telegram because Siri will repeat every message every time. If someone sends you 4 messages back to back you’d hear 1, then 1 and 2, then 1 and 2 and 3, then 1 and 2 and 3 and 4! Not exactly what I’d like it to do.

My solution is that if I hear any kind of a long message, I always reply to it with “thanks” or “ok” or “cool” or some other one-word response designed simply to interrupt Siri’s ability to read me the first message again! If I only had Tapbacks… Just kidding!

The bottom line is that I continue to love Telegram and find that in general, the way they think about features lines up very well with my preferences. I now have 63 of my friends and family on Telegram and it’s wonderful. All the cool kids are on Telegram, come join us!