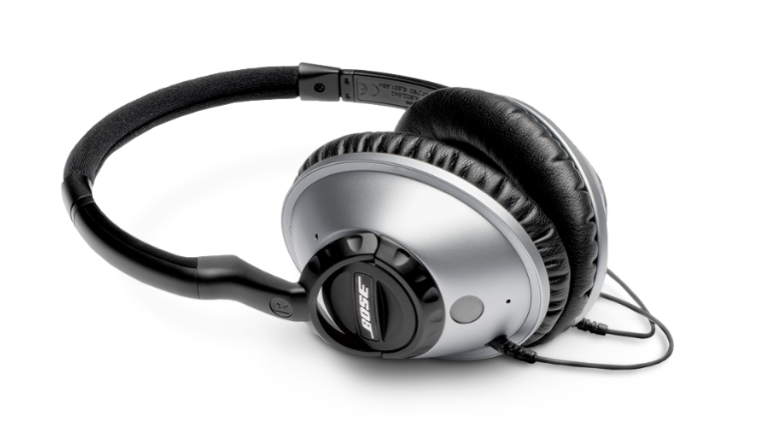 I have an embarrassing story to tell and I hope it can serve as a lesson to us all. Let me start by saying, “I’m an idiot.”

When Apple announced the AirPods Max, I was immediately enchanted with them. I HAD to have them. They were so cool! I mean, Apple wouldn’t make something I didn’t want or need, right?

I wear headphones for many hours of the day, as you can well imagine. I need comfortable headphones above all else. Sound quality isn’t actually that important to me since I only listen to spoken word. When Apple showed the netting headband on AirPods Max, my immediate thought was that it looked really comfortable.

I didn’t push the buy button because it was right before Christmas and I knew that Steve would buy them for me. I checked later on the day of the announcement and noticed that the delivery dates were already pushed out months, and I hoped he’d jumped on them right away.

Spoiler: He didn’t buy me the AirPods Max and boy am I glad he didn’t!

As the days and weeks went by, I realized that these would have been a super dumb purchase. Remember my number one criteria is comfortable. That sweet netting headband I was so excited about can’t possibly make headphones comfortable that weigh nearly a pound at 13.6 oz!

That means that on top of spending $549 for AirPods Max, I’d also need to buy the cable. So they’re probably uncomfortable, and the two main features for which I’d be paying are simply unusable for me. Other than that, it was a great idea.

I worried greatly that Steve would be super excited to hand me this present and I’d have to tell him to send them back. Luckily he’s insane and bought me something else for Christmas from Apple.

I’m even dumber than that

I want to explain that while wanting the AirPods Max was dumb, I’m even dumber than that. I have to back up and tell the story of my original headphones first.

In 2005, I was in an Apple Store and they had a set of headphones on display. They were the Bose Triport TP-1A” around-ear headphones.

I put them on, and they felt amazing. The ear cups gently went around my ears with soft faux-leather, and they weighed an imperceptible 5 ounces. I listened to the song Daughters by John Mayer on those headphones and I have a very happy association with the song as a result. You know that if I remember exactly what I heard on them 16 years ago, they had to be delightful.

I’ve been wearing those same headphones all of these years. The earcups eventually fell apart but Steve found some replacements and they were again delightful. You wouldn’t believe how many times I’ve caught my foot in the cable standing up and nearly dragged my laptop off the desk and yet the cable connection on the Bose has never broken. It’s positively astonishing.

In 2018, Steve and I interviewed Gary Boss from Audio-Technica at the National Association of Broadcasters conference. He let me try on a pair of their professional studio monitor headphones, model ATH-M60X. You can even hear me throw a hint at Steve during the video interview that I wanted them for my birthday. They were very comfortable and lovely.

Studio monitor headphones are for listening to audio being created by you or by others. I monitor my own voice while recording so I can tell if there’s a hiss on the line, or I’m peaking, or my USB-interface isn’t keeping up so it’s doing that click I’ve complained about, or if the sound of the garbage truck going by is being picked up.

When it came time to make my birthday list, I don’t think I told him the right ones to buy. I asked for the Audio-Technica ATH-R70X.

The ATH-R70X is a Professional Open-Back Reference Headphone from Audio-Technica which has a flat frequency response and ran for $350. The open-back part of this description is what makes this story interesting, but I’ll get to it in a minute.

Remember that my main criterion for headphones is comfort, so let’s start there. The ATH-R70Xs are crazy comfortable. They’re a bit heavier than the Bose I was wearing, but still extremely light at 7.4oz. But it was the design of the band that really helps with long-time wear. The band itself never touches your head. Built into the band is what they call their “3D wing support system”, which is two curved, cushioned pads that rest gently on the upper sides of your head. Nothing touches the crown of your head.

Compared to the Bose, The ear cups on the ATH-R70Xs are a smidge shorter but they’re 2 inches wide, which is 60% wider than the Bose. This allows my ears to flap freely inside. The Bose are very nice and still comfortable but the Audio-Technicas are truly delightful.

But there was one problem. After Steve had spent $350 on these headphones I realized that open-back in headphones means that sound comes in from the outside. I was used to having sound fairly isolated by the Bose ear cups and I wasn’t sure I would be able to tell if the sound I was hearing while recording was coming through to the recording or not.

I didn’t realize this until well after the return period, so I sadly put the Audio-Technica ATH-R70X away in a closet for the last 3 years.

Now let’s get back to our story of my idiotic belief that the AirPods Max would be the headphones for me. My enthusiasm had started to wane (especially after I heard about the weight), but something Leo Laporte said on MacBreak Weekly sealed the deal. He was talking about the AirPods Max and gave all the reasons that they would be dumb for a podcaster like him. Then he said something that made me really pay attention.

Guess what? I LOVE the Audio-Technica ATH-R70X and I’ve been wearing them constantly for the last few months! They’re super comfortable with the 3D wingtips or whatever they called them. No longer do I find myself rubbing the sore spot on the crown of my head. The open-back design means my ears don’t get hot and sweaty after extended wear.

There’s another huge benefit to me of the open-back design. On Sunday nights, the last 15 minutes before showtime is a frantic time at the Podfeet Podcasts Studio. Steve and I fire up our equipment and our plethora of apps and spend that time trying to be able to both see and hear each other through the right mics and headphones. There are so many switches and dials that control our audio and video it would make your head spin.

I have to set my audio in so many places to get everything to work. Hindenburg for recording the show has settings, Discord has its own settings, Loopback has settings, SoundSource has settings, mimoLive has settings…it goes on and on. And that’s only on my side for input, Steve has a lot of places to set it too, and I have a whole ‘nother set of sliders and switches to be able to hear Steve.

Because of this, the last 15 minutes before 5 pm on Sunday nights, if you were standing between our two offices, you’d hear, “Talk again?” “Can’t hear you.” “Talk again?” Over and over and over again. If I can’t hear Steve yet, then I can’t even hear him saying “Talk again?” So with the Bose, I would have to keep one ear cup off of my left ear while we were doing this dance. Now with the open-backed headphones, I can hear him all the time.

As you can imagine, I’m often wearing headphones throughout the week, not just during recordings. Again I can hear Steve if he needs to talk to me.

The audio quality of my recordings is pretty darn important to me, but my recordings for ScreenCastsOnline have to be even more pristine. If you’re listening to the NosillaCast on your bike ride in Ireland or in your car on a commute or while vacuuming, a little click here or bumped microphone there won’t make a difference. But when you’re watching a video tutorial that you actually paid for, you’ll notice any inconsistencies in the audio.

For that reason, I might wear the Bose when I’m recording for ScreenCastsOnline and use the Audio-Technicas for monitoring my own shows.

I mentioned that the Bose cable often gets tangled in my foot and I nearly yank my laptop off the desk. It’s hard to explain but I sit cross-legged in my chair when I work and somehow that causes me to catch the cable. The Audio-Technicas have a REALLY long cable on them so I can’t possibly yank my laptop off my desk. By long, I’m talking TEN FEET! I can literally walk across the room and not yank my laptop.

The bottom line of this story is, as I said at the beginning, I’m an idiot. I had Steve buy me the wrong, and expensive headphones. Then after getting them I didn’t give them a good shake to learn how good they were. Then I wanted even more expensive headphones that didn’t even come close to solving any problems I had, and in fact added problems. Then I went back to the good headphones and I love them.

The Audio-Technica ATH-R70X are still listed at Sweetwater, B&H and at Audio-Technica’s own site for $349, but they all show that it’s out of stock. Not discontinued, just not available. Wasn’t this a great review?

If you’re an audio headphone girl and you know all about this and you want to correct everything I said, you know where to find me. But remember that I did say I was an idiot so you have to be gentle with me.