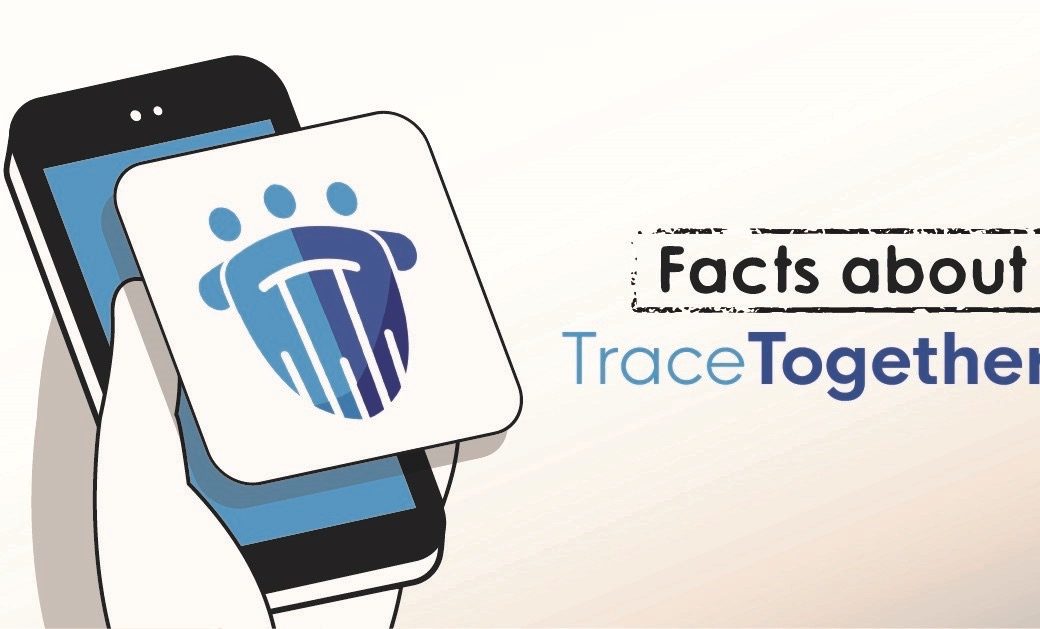 Back in June of 2020, Desmond Lim wrote in telling us that Singapore had created their own COVID contact tracing app called TraceTogether and as expected, it had some big problems. He said the backlash was quick as peoples’ phone batteries were dying quickly since they accessed your location constantly in the background. It was a perfect example of what Bart was telling us about at the time, and we talked about governments’ really hoping to have increased tracking capabilities of their citizens and avoiding using the Apple/Google API that wouldn’t let them do that. They eventually got the app working well and it’s in widespread usage in Singapore.

The TraceTogether app has two basic functions. First, is Bluetooth tracing to see who you’ve been near. But in Singapore, they also have a system where when you enter a mall or shop, you scan a QR code in the TraceTogether app that identifies where you’ve been where in case of an outbreak. If you don’t have a smartphone, they also have Bluetooth tokens you wear on a lanyard that have a QR code on them so those can be scanned and traced. He said he’s seen parents with a few tokens around their necks for their young kids and aged parents.

A few weeks ago I contacted Desmond again because I read an article in Bloomberg that explained Singapore did exactly what was feared, they used the TraceTogether app to solve a crime. I was curious to hear Desmond’s take on the situation.

Desmond replied with a detailed version of what happened in his country and the reaction of the citizens of Singapore. It’s a fascinating story of the culture in Singapore mixed with technology. I’d like to share it with you.

Wow, didn’t know something like that would go out of the country.

Okay, just to recap on what happened. When the contract tracing app was launched, we had the assurance by the government that it will only be used for the COVID-19 situation. A number of months ago, the police found a manslaughter suspect using the contract tracing data that was found on the victim’s phone. This was brought up by a member of parliament (MP) of the ruling party and it was then that the public knew the app data was used for something else besides the COVID-19 situation.

Boy was the public angry. The Minister in charge of the app said it was an oversight on his part to say that it will never be used for anything else because there is an overarching law that allows the police to use any data deemed relevant to a serious crime investigation and this law supersedes everything else.

Singaporeans wanted blood and there was a lot of comments on the local papers and blogs that stated:

We understand nobody can know all the laws in a country but nobody in the government works in silo, does this mean that nobody in the whole police force or the Ministry of Law knew about this?
Why is it, it needed an MP to bring it up before we knew about it?
The thing is, most of the comments stated one thing, we don’t mind the police using that data to solve a manslaughter crime, what we were really angry about is that the government would be happy to just keep quiet about it if nobody knew or brought it up. If they had just said, “Hey we made a mistake, we are actually using this data to solve a crime”, Singaporeans would have just read it and it would be yesterday’s news immediately.

The noise was so loud that parliament had to create a bill (fast-tracked) to say that the contact tracing data will only be used for serious crimes like murder, rape, terrorism, etc. It is a very narrow list. It was introduced in parliament yesterday (Monday SGT) and will be debated on today and should pass by latest tomorrow.

The funny part about this whole situation shows that the government hasn’t had a full grasp of the situation. It wasn’t the data that we are concerned about. Singaporeans trust our government and our justice system. What we were really unhappy about is that they didn’t tell when it happened and it felt that they just wanted to hide it and hope it will never see the light of day. For this is an embarrassment to the ruling party to have missed this little part in our law. We wanted an apology and would have been happy with that, the extra law is nice icing.

One thing you need to know about our country, we don’t protest (not that we can if we wanted to), we vote. So this will stay with us for a long time and before the next general elections, somebody will bring this up and the whole country will remember about it.

A few days later, Desmond sent along a follow-up email:

The legislation passed yesterday SGT (with all MPs in agreement) but with an interesting twist, the government actually apologised for not disclosing it earlier. Allison, I think this might be the year, Singapore will snow.

But seriously, thanks so much Desmond for sharing the story to give us a peek behind the curtain into life in a country I hope to visit one day.