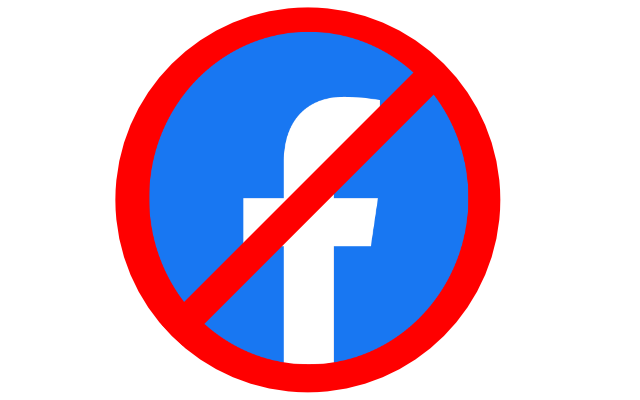 This week a whistleblower named Frances Haugen went before a US Senate subcommittee to testify about Facebook. You’ve probably heard about it. I actually watched most of her testimony, and I have to say, it was bone-chilling.

One thing that has bothered me is when people hand-wring about Facebook trying to keep people on their platform as long as possible. I don’t blame them one little bit for that. If I have a company that makes soap, I’m going to try to find every way you can use my soap and try to convince you to use more of it. That makes complete sense to me.

The difference, according to Ms. Haugen is the data they have and the data they acted on to increase engagement on their platform. They have determined that the most inflammatory, negative material is what makes us engage with the content. I suppose this shouldn’t be a surprise because we’ve always known that the lizard brain portion of our brains can’t look away from a train wreck as it’s happening.

We All Knew This, Where Were You?

I bet a lot of you are hollering into your phones, “Gee, Allison, did you just find this out?” I didn’t actually, but this is the first time I can’t think of any way to explain it away.

Bart convinced me a year or so ago to watch a documentary called The Social Dilemma on Netflix (which is actually available in full on Netflix). This documentary dove deep into the way the algorithm works at Facebook, Pinterest, and other companies to keep us engaged. The documentary left me with a sick feeling in the pit of my stomach and it had a big impact on me.

But I was able to compartmentalize what I learned because it was highly theatrical in how they demonstrated the problem.

Why is Now Different?

Listening to Ms. Haugen testify under oath about it really floored me.

One example that came up during her testimony was an experiment run by the Tech Transparency Project. They created six ads that were designed specifically to target the teenage user of Facebook in a harmful way. One was an ad that directed girls to an “AnaTip”. That’s short for Anorexia tip. The senator talking about this explained that Anorexia is the leading cause of death in teenagers of all mental health problems.

Another one said, “Throw a skittles party like no other” and had a backdrop of a pile of prescription pills. Evidently, a “skittles party” is where kids go into their parents’ medicine cabinets and hand out pills to each other to see what happens. The others promoted alcoholic drinks, smoking, dating services, and gambling.

As I said, the Tech Transparency Project created these six ads and aimed them at ages 13 to 17 in the U.S., and Facebook approved them within less than an hour. Think about that for a minute. It’s bone-chilling, isn’t it?

Ms. Haugen explained that the way the algorithm works, she’s certain that no human ever saw that ad purchase request. I should mention that the Tech Transparency Project canceled these ads before they ran.

And That’s Why I’m Taking a Break

I’m telling you how I feel about this because I’m taking a break from Facebook and all of its other properties including Instagram. I’ve been pulling away very slowly over the last few years because I found that they rarely give me joy.

I remember one day looking at a gorgeous sunset and immediately thinking about how I would compose my Facebook post to show it to everyone. My first thought was not, “wow that’s really beautiful.” I was starting to see the world through the lens of how I would show my world to others.

I’m not committing to quitting Facebook just yet, but I’m trying the idea on to see how it feels. Probably the thing I will miss most is the NosillaCast Facebook community. I love chatting with you there and sharing cool geek stories. But I also love the Slack community and to be perfectly honest, it’s a lot more engaged than the Facebook community.

I think one of the reasons for that is the channels. In Slack, we have channels for different topics and you can choose to follow and even get notifications from just the subjects that interest you. If you’re into programming, the Programming By Stealth channel is hopping. But if you’re not, maybe you care a lot about security and the Security Bits channel is more for you.

I know the Facebook group is a great place where people like to share deals – in Slack we have a dedicated channel for deals. One of my favorite channels is called “Delete Me” and that’s where you can post things that maybe are more tech-adjacent or made you laugh.

We even have a channel called NosillaCastaways Show Off where Bart posts his Let’s Talk Apple and Let’s Talk Photography podcasts, Allister Jenks posts amazing bird photos he’s taking with his new DSLR lens, Lbutlr posts scripts he’s written, Jill from the North Woods posts photos of her rooftop tent and her camping trips, and Ed Tobias posts about his fun adventures moving to GitHub. There is no theme other than, “I did this and I’m proud of it.”

I don’t know what will happen in the long run, but there’s a good chance I’m done with Facebook. I suspect I’ll be happier when I do pull the plug but for now, I’m just testing the waters to see if I miss it.

Hope to see all of you in Slack sometime soon over at podfeet.com/slack