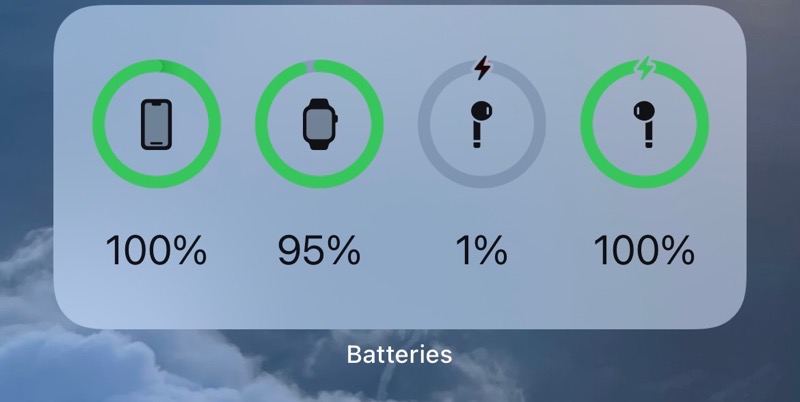 Last week I gave you an update on third set of original AirPods and how Apple made me go through a lot of hoops to replace the one that I had lost. I explained that as Apple tossed me from rep to rep like a beach ball at a baseball game, the sales rep told me, in no uncertain terms, that she simply could not sell me an AirPod and that I had to go through AppleCare to get a replacement. I asked her if she was saying that without AppleCare, someone could not buy one if they’d lost it and she said yes. I even asked her if she thought that was kind of nutty and she said, “Yes, I hear it.”

This week I got not one, but two emails from listeners who had something very interesting to say. I’ll let you hear it in their own words.

Actually, I am not sure if that is really true, maybe I was just lucky. I bought my first pair of AirPods (AirPods 3rd generation) in October of 2021. I have really enjoyed them but today my right AirPod decided to run away. I did my best to find it but the pod was determined not to be found.

After listening to your last show( NC #871), I was petrified that getting a replacement would be fraught with aggravations and dangers.

First I tried to order a replacement through Apple’s support page but kept getting “Oops, something went wrong”. No, matter how many times I tried I kept getting the same error.

Your words from your last podcast began to haunt me as I did not have Apple Care and figured this error was Apple’s clever way of saying “I am out of luck.”

Well, with nothing to lose, I started a chat session with Apple. From there everything was smooth sailing. In about five minutes, I was able to successfully order a replacement pod. The only question the chat representative asked me was if I used the Find My app to locate them.

I would like to say Apple likes me better but I know that’s not true. It is strange though for something as straightforward as ordering a replacement AirPod, that our experiences were so vastly different.

My replacement AirPod from Apple just showed up at my door. I lost it yesterday and today I am already back in business.

If Apple ever gives you a hard time, just drop my name, as Apple truly likes me better.

I couldn’t believe it! Why was it so easy for Gordon and Apple told me it was impossible? Now let’s hear from Barry.

Apple likes me better. Hey everybody, this is Barry from Chicago and I thought I’d share a story of replacing my AirPod that I lost. The reason I needed to replace one was not very pleasant. I was actually flying home to Chicago and watched a movie on my iPad. Nature called, and I went to the bathroom and my left AirPod just jumped out of my ear and went “swish”, right into the airplane toilet!

Now if you’ve ever had the unfortunate experience to look into one of those things, they’re not pleasant. And there was NO way I was going to go try to reach in there and try to retrieve it. And even if I could, I’m not going to stick that back in my ear!

So at that point, all I could really do was laugh and try to figure out how to get a replacement. So I went back, let the flight attendants know what had happened so if there was anything mechanical they needed to do they could take care of it. I told them that under no circumstances did I want it back. They laughed and said great, no problem.

So I go back to my iPad and I did a quick search for a replacement Apple AirPod. Sure enough, it actually brought me to a page to let me do just that. Hearing on NosillaCast #871 that it could be a problem, it was a surprise, so I thought I’d share this.

There’s a page you can go to that shows you the devices you’ve purchased under your current ID. However, if they were a gift, or you’re logged in under a different ID, you may not see it. You do have the option of entering the serial number of the AirPod. You have to find the serial number inside the case cover of your AirPods.

Once I did that, it brought me to a page to replace, repair, or other options for the AirPod. I simply selected replace, selected the correct one (Left in my case). They sent me a notification right away telling me you should get a notification when it has shipped. They said it should be around 3-5 days. Sure enough, I got all of the email updates saying the AirPod was on its way.

It arrived in a nice, little box. I followed the instructions to pair the new left one with the old right one.

I thought I’d share that information with everyone. It was really nice and easy. I’ll share the link to where I did this on Apple’s support site.

It is fantastic news that the sales rep was completely wrong, and I’m so glad that both Gordon and Barry let us know that she was wrong. I would hate to have everyone think I was right when I said you had to have AppleCare to replace a lost AirPod.

I did try the online method that both Gordon and Barry tried and I know why it failed for me. If you go through the online method, they ask for the serial number of your device as Barry explained. I don’t see why they need our serial number in order to buy an AirPod. What if I want to put it in a planter of dirt as part of an art exhibit? Why should they care? It doesn’t matter whether this makes sense because without it you can’t get to the next step.

As I was faced with this request for unnecessary information I wasn’t worried about having to read the microprint inside my AirPods case. That’s because I am meticulous about recording my serial numbers, and I do this in the fabulous home inventory app called Under My Roof. I opened Under My Roof, searched for my AirPods, found the serial number, and entered it into Apple’s service site. Unfortunately, I got an error, saying that they’d already been replaced. I was confused, and that’s why I procrastinated and eventually ended up on the phone with Apple.

When I was telling you the story the last time, I had a niggling feeling that I was already on my third set of OG Airpods, but I couldn’t remember how there was a 2nd pair in the plot. When Gordon and Barry mentioned doing it online, I remembered that I actually had this entire set replaced under AppleCare shortly after I bought them because they were exhibiting the same annoying behavior of being in the charging case and yet actually discharging while in the case!

I was not as meticulous as I thought, because when I got my new set of AirPods, which are now my third set, I forgot to update Under My Roof with the new serial number. That has now been corrected.

None of that justifies the salesperson telling me that I couldn’t buy a new single AirPod, but it does explain another reason why I’m so irritated with this problem. I’m on case number 2, right AirPod number 2, and left AirPod number 3.

Remember also at the end of my story last time I told you that if these AirPods fail you’ll hear my wail of anguish wherever you live? Well, did you hear me?

Yep, 2nd day after I got my replacement AirPod, it said it had 2% battery left after spending the day in the charging case.

I’m going to have to have Gordon call Apple for me.