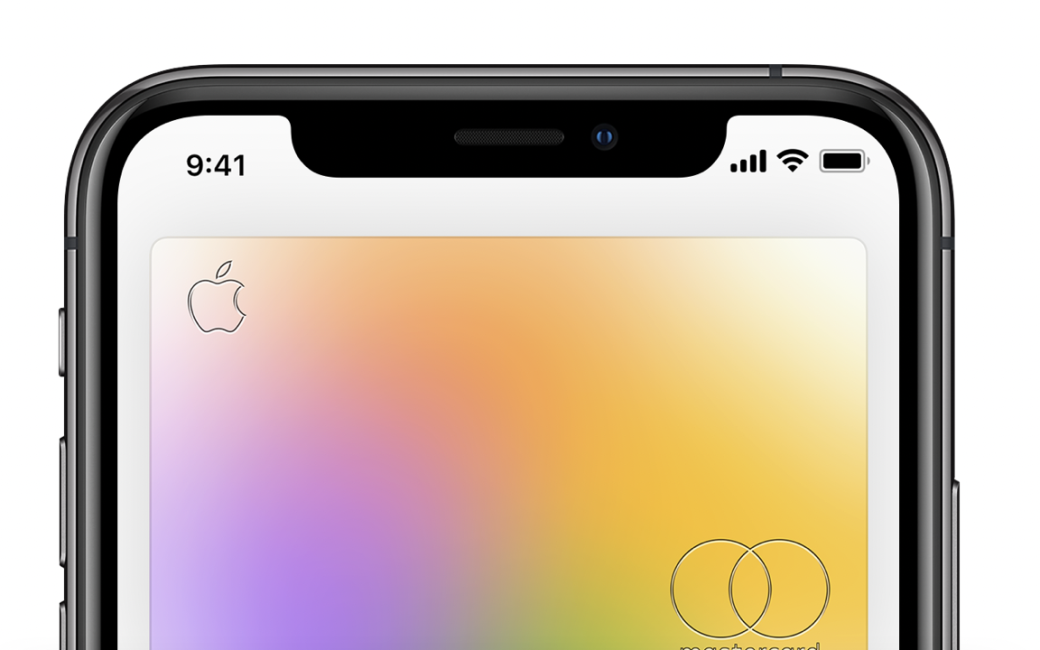 If 3/4ths of this panel didn’t know why it was cool, that got me to wondering whether there might be a lot of NosillaCastaways who know about it, but think it wouldn’t have advantages for them. The last thing in the world I would ever do on a podcast would be to give financial advice. To be very clear, I am not:

Another reason I wanted to talk about the Apple Card is because of a story my friend Diane told me about hers. But let’s start at the beginning.

Getting an Apple Card

I know it’s not generally hard to get a credit card, and in fact, it’s pretty common to get paper mail saying, “You’re preapproved!” But Apple takes it up a notch on how easy it is to acquire. You apply online, and if approved, the credit card shows up in Apple Wallet. Not in a week or a few days; it’s more like minutes. You don’t even have a physical card and yet you already can use it to buy things. In fact, you don’t technically ever have to get a physical card. The experience of acquiring is just the beginning of how Apple Card is different.

If you do choose to get the physical card in the mail, there is no number printed on it at all. To see your card number, you open up the Wallet app and select your Apple Card. Now, why would it be a good thing to not be able to see your credit card number? The best way to explain would be by telling you Diane’s story.

Whenever you make a transaction with Apple Card, you get a notification from Wallet. It tells you how much you spent and to whom you sent the money. This isn’t groundbreaking; we had an American Express card that would do that for us years ago. But these notifications can be informative when things go wrong. And this is where Diane’s story comes in.

So picture this. Diane was lying in bed doodling around on her iPhone first thing in the morning and she suddenly got a notification from Wallet telling her that she had just spent a dollar with “GoGundMe”. That sounds legit, right?

This wasn’t Diane’s first rodeo with credit card fraud, so she knew that a very common thing for a credit card fraudster to do is try to make a small payment just as a test and then buy something big if it worked. And this is where the story gets really good.

Diane opened Wallet and selected her Apple Card. As soon as you do this, you get a beautifully-formatted list of all of your transactions

So Diane saw the $1 transaction, tapped on it, and then tapped the button that says “Report an Issue”. From the next screen, there are four options including “Dispute Charge”. That brought her into a chat with a Goldman Sachs Apple Card specialist. Diane quickly explained the problem and the specialist asked her if she wanted her credit card number changed. Diane typed back, “Yes” and the specialist said, “Ok, it’s changed.”

Before Diane could even thank her, the specialist told her that whoever was trying to use her card had now tried to spend $2800, but the transaction got blocked, because, in that very quick conversation in text, her credit card number was already changed! How cool is that? Credit Card companies always have to refund you if your card was used fraudulently but Diane stopped them in their tracks, and Goldman Sachs/Apple never had to deal with the miscreants. Big win for both sides, maybe even more for Goldman Sachs.

But there’s another way this was a big win for Diane. Apple and Goldman Sachs have access to a double-secret scrambled code in the card, which means as soon as it was changed on Goldman Sachs’s end, Diane’s physical card and her Apple Wallet version of her card both knew the new number. No need to wait for a new card to arrive in the mail. This story really illustrates what I think is the best feature of Apple Card, and I thank Diane for letting me tell her story.

In researching for this article to make sure I had my facts straight, I discovered two more ways you can protect yourself from fraud with Apple Card. You can actually lock the card with the tap of a button in Wallet. When you’re ready to use it again, you simply tap the button again to unlock the card. If you don’t have your card set for any recurring payments, this would be really slick.

Here’s another trick Apple Card has up its sleeve. We already know that the credit card number is changeable on the fly. But you know that 3-digit security code on the card, sometimes called a CVV? With Apple Card’s Advanced Fraud Protection, you can set up that code to rotate periodically! If you’re bad at memorizing like I am, it might not be that bad to have to look in Wallet every time you need to use your card. It might stop you from even having to go to all the effort of tapping the “report abuse” button because it would be that much harder to fake.

While all the security stuff with Apple Card helps me sleep at night, I am constantly delighted with the interface of the card in Wallet. You know how with a normal credit card you get a statement with a long table of charges where the merchant’s name often looks like a cat walked on your keyboard?

With Apple Card, you see human-friendly names in your transaction list. Instead of the cryptic description you see on other cards’ statements, like, “AMZN MKTP US*1A2001WA1”, on Apple Card, it simply says “Amazon”, and even has a thumbnail of the Amazon box logo with the half-smile on it.

If the merchant doesn’t supply a logo, at least you’ll see some sort of icon to give you a visual cue, like a knife and fork if it’s for a restaurant.

Even paying your credit card bill is more fun with Apple Card. Ok, maybe not fun, but a little bit entertaining. When you open your card, you can see your card balance at a glance and how much more you can charge for that month. If your bill is due, you tap the pay button and you see a circular donut with a slider inside that goes around the circle.

As you drag the slider around, the color changes from red to green showing how much more you’re deciding to pay, and at the same time telling you how much less interest it will cost you as you pay more. No other credit card I’ve used tells you that kind of actionable information right at your fingertips.

I have a bad habit of waiting until the end of the year to make my charitable contributions, and as a result, my credit card gets a lot of exercise in December, along with all the gift buying. Last year, I hit my credit card limit before I finished paying all of the charities I wanted to help.

While all credit cards will let you pay off your balance ahead of time, with Apple Card I simply had to tap Pay Early, and drag the circular slider around farther to clear my balance. No messing around in a clumsy web interface to make an extra payment. You can even make a request to have your limit increased right within the app interface.

While Apple Card does let you view previous months’ statements, an early complaint was that you couldn’t download your statements. Apple filled that need in two ways.

You can export from your iPhone to CSV, OFX, QFX or QBO. I don’t even know what those last three are, but I’m guessing they are for importing into tools like Quicken or Quick Books. They also created a very simple web interface where you can download pretty PDFs of your statements. Personally, I use the CSV option since that’s the way to a nice spreadsheet, as nature intended.

I hope that my explanation of Apple Card has educated you a little bit if you didn’t know the benefits. Being able to protect myself from fraud better than with other cards, and having a slick, easy interface to review my transactions, has made dealing with an annoying subject much less annoying. Did I mention 3% cashback on Apple products?

I’d like to finish with a formal apology for telling you how cool Apple Card is if you live outside of the United States. I know this will have been a particularly painful article for Bart to hear. Hopefully, Apple will expand to more countries soon!