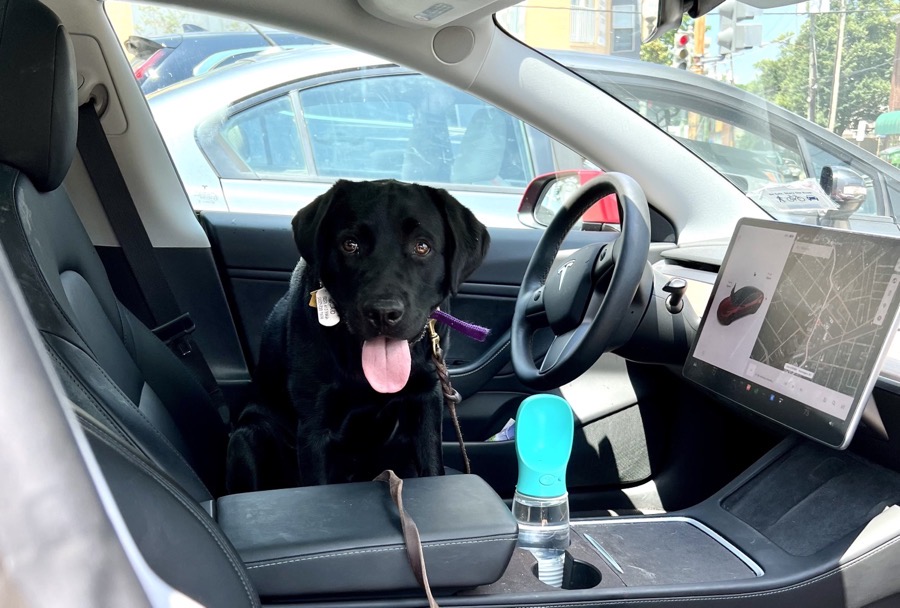 In this week’s episode of Chit Chat Across the Pond, I’m joined by long-time NosillaCastaway Seamus Lavery. Seamus started posting photos of his black lab Quaid to the live chatroom, and then explained that he’s a “puppy raiser” for Guiding Eyes for the Blind. He agreed to come on the show to tell us what it’s like to be a puppy raiser, what his responsibilities are, what he’s supposed to teach Quaid, and the uphill road it is for Quaid to qualify to be a Service Dog for the blind.

Bart is a Belgian living in the Republic of Ireland, while Seamus is a Northern Irishman who lived for 12 years in Belgium (now living in the Washington DC area). His accent is delightful and his story is fascinating.

Detailed notes on our conversation:

There is a Disney Plus series called ‘Trailer for Pick Of The Litter’ which is worth a watch (this is another organization on the West Coast – but the process will be similar.

For a fascinating look at what service dogs are capable of, check out this episode of one of my favourite podcasts – Malcolm Gladwell’s Revisionist History: The Dog Will See You Now