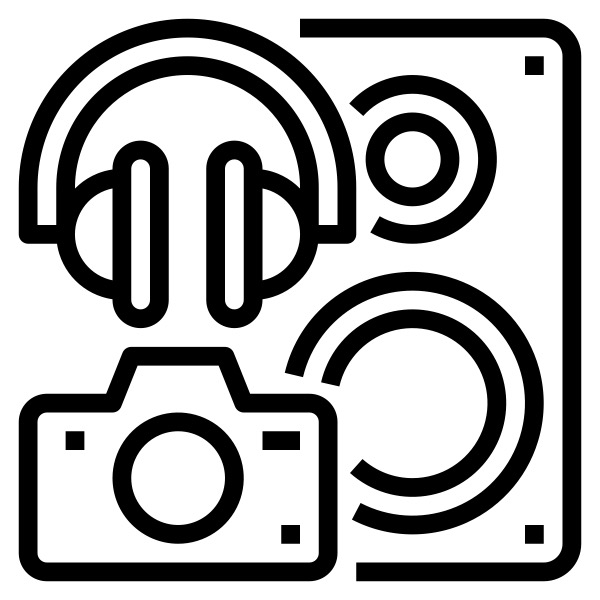 Today we get to hear from NosillaCastaways about the hardware and software they’re still using after many years. In Part 2 of I’m Still Using It, we have some rather extensive stories mixed in with brief moments of delight from the castaways.

We’ll start with Tim Jahr, aka @sTim in our Slack.

I’m still using my TiVo! Specifically my TiVo Roamio from circa 2014.

First of all, if you haven’t used a TiVo (especially if you’ve used some other kind of knockoff DVR – and believe me, ALL the other ones are knockoffs that copied TiVo), you haven’t really experienced how watching TV should be.

The half-hour buffer of whatever is live, the ability to record multiple channels at once, the best and easiest method for scrubbing forward or backwards in a program, the 30-second “instant replay” button, the “skip commercials” button, the best grid for live viewing and picking programs to record, a dead simple “even my grandfather could learn it” interface for recording and playback (both individual recordings and the famous, oft-copied “Season pass” for all episodes of a show)? It’s all genius, and basically, all of it was pioneered on TiVo and everyone else just copied a watered-down version of the same.

As an added bonus, my model supports both Cable TV and antenna, something that TiVo has sadly moved away from in recent years. So when I was living in rural places much of the last 10 years, I could plug in that Comcast coax cable and be set to go (and, with enough pleading, I could even get them to give me a CableCard and configure it – the best way to DVR!)

And when I moved to a big city again and could get the network stations over the air, I can plug my $10 Walmart antenna into this just as easily and record that way.

Yes, streaming is likely the future, and I subscribe to several services and love them. But they don’t match the ease of TiVo, and none of them come even close to precision rewind and fast-forward functions that you can stop exactly where you want.

TiVo even pioneered the idea that there’s some lag between when you see that your show has returned from a commercial and when your brain sends a signal to your hand to press the button and compensates accordingly by jumping back a few frames when you hit play so that you always land precisely on the frame you want to land on!

Finally, the TiVo remote might be the best-designed remote control in existence. Why no one else has copied the “peanut” shape that actually fits comfortably in your hand is beyond me. It’s SO comfortable and natural. Your hands land naturally on the most commonly used buttons, and when you need to reach something at the top or bottom of the remote, your hand easily slides the remote up or down in your hand without feeling like you’re going to drop it.

Care is even placed in things like having the “instant replay” and “skip forward” buttons in logical spaces, easily reached from the main play/pause/select hub in the middle of the remote. Heck, they even included 4 “A, B, C, D” buttons below this for “future improvements”.

For years that just seemed like a myth, but then they made one the shortcut to turn on/off close captioning, and much more recently converted the D button to a “skip commercials” button, it vaulted TiVo even further ahead of the competition.

In short, this remote was the exact opposite of the 1st generation Apple TV remote (you know, the one you can’t even tell if you’ve picked up correctly or if you have it upside down? And I say that as a guy who hates this remote WAY less than a lot of reviewers)

And of course, the whole idea of “time shifting” TV watching to when it is most convenient to you was something TiVo was at the forefront of. Turning on a game 20 minutes late and being able to catch up by the end by skipping commercials was the coolest thing ever! (Same with a TV show, with even less “lead time” needed!)

Sadly, the years haven’t been kind to TiVo. They tried to package themselves as the hardware that cable companies could use for their own DVRs, but Comcast and the like followed their usual playbook, releasing far inferior products and charging their customers more for their poor man’s version of a DVR.

In 2016, Rovi acquired them and immediately made their presence known by changing the UI. Instead of a pleasing, soft yellow highlight showing your active selection, we instead got a blinding white orb. They also dramatically decreased the number of days worth of upcoming TV listings, while simultaneously being wrong about them consistently (especially if there were changes made closer to air time – something TiVo used to excel at with its frequent guide updates).

Then Xperi bought them in 2019 and another hallmark of TiVo – their fantastic customer service for the clients, also went to the dogs.

So the brand, and the joy that came from using it, aren’t the same anymore. But some version of it remains. And there’s still no better remote, no snappier, and easier-to-understand interface for watching standard TV. And I still love it for that!

I agree with you 100%, Tim, which is rare for you and me I’m glad you still love your TiVos! If it weren’t for Channels acting much like TiVo as my DVR for YouTube TV, and saving $1120/year, I’d still be on TiVo today.

Next, we’ll hear from Kurt Liebezeit.

Hi Allison, I’m still using an Apple iPod Nano sixth-generation MP3 player. In fact, it is what I usually use to listen to podcasts like the NosillaCast.

Your listeners have all almost certainly seen or even owned a 6th gen: it’s the little square one with the color display and the touch interface that you navigate through with tapping and swiping.

I love the small size and the clip that fastens onto your clothing – I usually wear button-down shirts at work, and I clip it onto the front of my shirt down near my belly button and then run the earphone cord up and around my neck before plugging the earbuds into my ears.

It’s not the most high-tech of MP3 players – it doesn’t have Bluetooth, for instance – but it has just enough technology. You can navigate around to the song or podcast you want, it holds enough content to be useful, and the battery life is long enough that I hardly ever run it down too low.

How much do I love it? Well, let’s just say that I have a fully functional backup unit, and enough parts in reserve to assemble two more!

My runner-up candidates for “I’m still using it” would be my 24” Apple Cinema Display and my 2010 classic Mac Pro (still running Monterey). I know the display is not Retina resolution, but it just does the job while looking darn stylish. And the Mac Pro just keeps chugging along, handling everything I throw at it. Seems like the 2010 era was a time when Apple put out some products of immense value.

Oh wow, Kurt, you brought back a lot of memories with the 6th gen iPod Nano. I loved my red one. I used it for running and of course, it was filled with podcasts and not music. I remember the first time I plugged it in and being delighted that iTunes represented it as the red one! I think I broke that one and bought another one on eBay too. Such a great device.

I also still have an Apple Cinema Display chugging along, but it’s not my original 24”. That one died 35 months into the 3 years of AppleCare and Apple replaced it with a 27”. That was when I first discovered that Apple making displays that don’t adjust up and down would be a problem for me.

While the 24” was the perfect height, the 27” was too tall for me to comfortably see without straining my neck! It has a place in my home as the display for our M1 Mac mini and I love the contrast in technological years between them.

Thanks for the memories, Kurt and it’s so swell to think of you listening to podcasts on that little iPod Nano.

Bruce Wilson on emacs – HE RECORDED THE AUDIO!

Bruce Wilson is up next:

When Allison first announced the “I’m still using it” segment, my mind immediately went to an application I’ve been using since 1985.  That application is emacs, which is a text editor for Unix and Linux systems.

I joked in the General channel on Slack that I should write about this to start a religious war.  But, in reality, it’s not a matter of religion for me.  I’m just a curmudgeon who learned this particular text editor almost 4 decades ago, and many of the keystrokes are muscle memory.  I’m still using it because it works.

Why did I start using emacs and wind up on that side of the emacs/vi divide?  It’s like a lot of things in science.  It was the tool that the graduate student a year ahead of me was using.  So, that’s the tool I started using.

However, what cemented it was learning how to use keyboard macros in emacs. I learned I could type control-x, control left parenthesis, then type the set of commands I needed, then type control-x, control right parenthesis to close the macro definition.  Then control-x, e to execute the macro.  Control-x, then a number, then the e would execute the macro that number of times.  This was a great tool for massaging text files full of data, which is much of the grunt work in my graduate education.

Emacs also had regular expression search and replace, which is something that’s been discussed over in Taming the Terminal.  The other killer feature for me was that emacs had rectangular cut-and-paste.  That let me cut, for example, columns 30 through 42 out of a text file and either just delete them or move them to a different set of columns in the row.

By the way, did you know that Microsoft Word will do rectangular cut-and-paste?  Click and drag while holding the option key some time to try it, though this is best done in a file formatted in a monospace font, like Courier.

Emacs saved me months of time in working with text files of data as a graduate student, so it still has a warm place in my heart.  Vi probably could have done the same, but I learned the other tool.  And, every once in a while I find a text file that needs some serious massaging, and I get that trusty tool out of my toolbox.    So, I’m still using it.

I sure hope someone comes back with a response to your holy war throwdown. I’m betting William Reveal will jump in on this one! When he donated so much of his time helping me fix those pesky character encoding problems in MySQL while migrating podfeet.com to a new database server, we spent a lot of time in vi.

I don’t have a religious affiliation with vi but fell into it as you did with emacs. Somewhere back in my ancient history, I worked on a device that was kind of a cross between a computer and a typewriter. I do remember it had a flat, plastic typewriter print wheel that you could change out. But the keyboard had a set of keys highlighted that I later on realized were the vi key commands. When I finally needed to use vi, I found I already knew it. I wish I could remember what it was called or what the job even was but I haven’t shaken the cobwebs loose on that memory.

I’m definitely not proficient in vi, but it was fun and familiar to use it with Bill.