This morning Alice Verpoorten sent a message to the Mac Roundtable crew that our good friend Tim Verpoorten had passed away. Tim was one of the founding fathers of the Mac Roundtable, he was the host of the MacReviewcast at surfbits.com. The best word to describe Tim was that he was a gentleman and he was a gentle man. I’m proud to have been considered a friend to him, and I’d like to talk just a little bit about what he meant to the community. 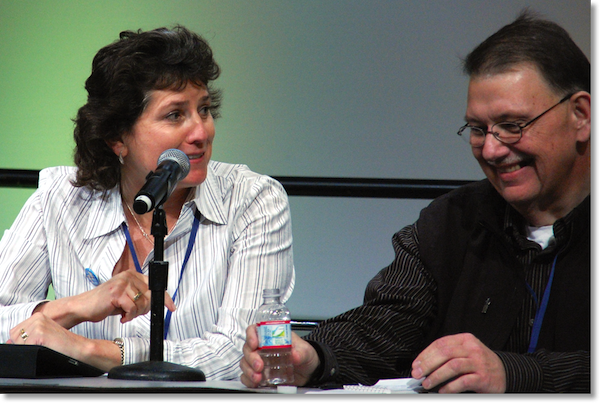 He gave us so much – even if you only count all the freeware he told us about. His phrase “it does one thing and does it well” still comes up often when you hear about a great app. He was so kind, I remember him mentoring me when I’d just tested some software and this app was crapola. He suggested that even though I’d spent the time writing up a bad review, it would be better if I just sent it to the developer rather than airing the bad review. I did as he suggested and I got back a very grateful letter from the developer assuring me that they appreciated the feedback and would do their best to improve the software. They hoped I would give them another chance. I’ve used his philosophy every since and I think I’ve made friends in the developer community while maintaining my integrity in reviews. Because of participating in the Mac Reviewcast, more people found the NosillaCast too. Switcher Mark and Jean MacDonald both reminded me that’s how they found the show and became NosillaCastaways.

Steve and I did have the pleasure of meeting Tim a few times in person at Macworld, and I treasured those experiences. My favorite thing he ever said to/about me was when we were setting up for a live Mac Roundtable. We were paired up on a single mic and he was fussing about with it to get it angled properly, and then he laughed and said, “oh who am I kidding, sharing a mic with Allison? I’m never going to get to talk!” I loved how he’d make fun of me and yet always made me feel loved like a well-teased kid sister.

Steve collected photos from all of the Mac Roundtable members and made a short video slideshow from our memories of Tim at Macworld. I hope you’ll follow the link in the shownotes to watch the video on the Mac Roundtable website and make your comments there.

I thought about how to best do a tribute to Tim and decided that letting you hear the last time he was on the NosillaCast would be great. I’m going to miss Tim terribly but I’m so glad we all got to know him in person or even just through his wonderful podcast. This episode of Chit Chat Across the Pond aired on January 6th, 2013. Enjoy.