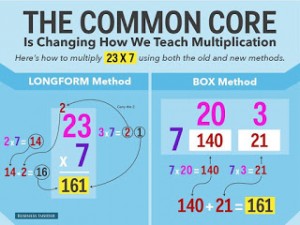 In this week’s episode of Chit Chat Across the Pond I asked Cheyenne Swenson, 2nd grade teacher at Gallatin Elementary School in Southern California, to come on the show and explain Common Core Math to me. This is a challenging episode because my arithmetic skills were stunted by New Math in the 1960s. Cheyenne explains how she thought this was some crazy new fad when it started but that now she’s a believer because she’s seen kids really “getting” math in a way they never did before and she even enjoys teaching it.