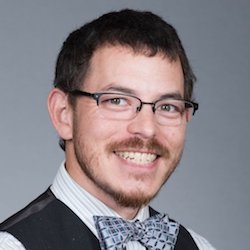 The review below is from Caleb Fong, aka @GeekoSupremo on Twitter. Caleb is a long time NosillaCastaway who is also following along with Programming By Stealth. His review is pretty geeky (goes well with his Twitter handle) so I thought it might help to explain a couple of terms he uses.
He’ll use the term *nix which is a term that means any UNIX-like system. *nix can mean any kind of linux, or even macOS since it’s based on FreeBSD which is a descendent of UNIX.

He also talks about Vim. Vim is a text editor in *nix operating systems. It’s a descendent of the original Vi, and in fact, the name stands for Vi IMproved.

In the second part he starts talking about Git. Git is a version control system for tracking changes in computer programming. We’ve had some Git lessons in Programming By Stealth but to be honest, all I’m good at so far is hitting the download button when Bart sends me a link to his latest file! Maybe Caleb’s tools will help me become better at Git.

Caleb was kind enough to bleep out most of the name of the website he uses to help him with Git, which should give you a hint that following his link will take you to a site that is not safe for work.

You’ll also hear him say CLI, and by that, he means Command Line Interface.

While in your Terminal window, fixing a configuration file, you may be faced with one of the classic *nix “gotchas” Vim. Vim is default on many, many *nix systems. While it is one of the best editors from the early days of Unix it is a bit like the Hotel California, once you’re in the way out is not clear. See this now famous (infamous?) StackOverflow question: How to Quit Vim.

But you’re in the terminal there’s no StackOverflow in reach, what now? Do you become a long time user of vim simply because you can’t exit the app? Fear not for there is Vimmy in the iOS App Store.

I stumbled across this app while looking for a better iOS text editor. Having spent some time on the command line thanks to managing the Debian Linux server at work, Vim didn’t scare me. Vimmy isn’t Vim in your pocket :sad trombone:, but it is a very nice portable reference to many of the common, but arcane, Vim command sequences.

This app is kinda brilliant in its simplicity. It helps you see/find the command you want. The main screen of the app is broken up into logical sections:

I’m not going to enumerate the individual commands here, that’s what the app is for! In some ways it’s like Henry Jones Sr.’s grail diary, “I wrote them down so I wouldn’t have to remember.”

Related to this, see the note above about default editors, if you’re following Programming by Stealth, you’ve probably noticed that Captain Allison has started getting into Git. You may be interested in this as well. While apps like GitKraken, and Tower are fantastic GUI apps, sometimes the CLI commands are actually what the doctor ordered.

Git is powerful and complex. A side effect of the complexity is that you will mess something up, an “Oh S**t!” moment. GitKraken, et al. do their best to help protect you from such things but they can only do so much to protect us from ourselves. So what is to be done about this? Well, we will probably need to drop into a terminal window and fix something. But once in Terminal, now what. I direct your attention to Oh s**t, git! This site contains a group of common Git whoopsies, and how you can fix them. Something of a Man-page-for-the-rest-of-us document. It is far from comprehensive but it has saved my bacon at least twice.

Hopefully, these tips will help you git merge with confidence and allow you to git (haha) back to editing you source code in vim sooner.