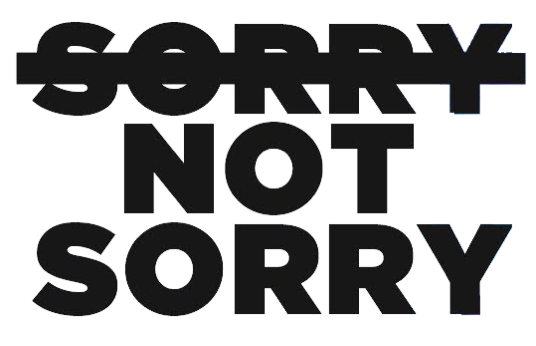 I’ve had something itching at the back of my brain that I feel compelled to talk about. I’m finding it fascinating how differently tech companies are characterized depending on the emotions of the day.

My thoughts on this started to take form when on MacBreak Weekly, Leo LaPorte, Andy Ihnatko and René Ritchie were talking about the fiasco that is the folding Samsung phone. Before the phones were ever in the hands of reviewers, on MacBreak Weekly and also on TWiT, all participants were talking about how exciting this was. How it was true innovation. How it was courageous. How excited they were to get their hands on these phones.

While they mentioned that the phones would cost $2000, there was no discussion about how elitist this phone would be, no one said that Samsung “should” come out with an affordable version. The same panelists say this all the time about Apple phones. But with Samsung’s folding phone, they only talked about how excited they were about this new technology. I didn’t feel they even made a compelling argument about the problem this technology would solve.

When the news came that the Samsung Galaxy Fold was actually breaking in the first week of use by many reviewers, the reaction by pundits was simply bizarre. On MacBreak Weekly, Leo asked the oddest question. He said, “Don’t you feel sorry for Samsung?” Similarly, on Tech News Weekly, Jason Howell in reference to the Fold fiasco said, “Samsung can’t catch a break.”

I find both of these questions baffling. Why would you feel sorry for a company making a $2000 product that breaks in the first week? It turns out making high-quality hardware with good design is really, really hard. It takes a lot of engineers a long time and a lot of effort to make something work reliably. It takes good testing to push the edge conditions to see what happens. It takes an enormous effort by quality control engineers to put the controls in place to ensure reliable manufacturing practices.

I think it’s also interesting that in this particular story, empathy is being directed towards the very same company who designed and produced a phone that caught on fire in normal use. This same company then re-released the same phone and that one caught on fire as well. “Can’t catch a break”? No, the answer is that they have repeatedly failed at good design and manufacturing processes. None of this happens by accident; it’s by design.

If you’ve been listening to me for any length of time, you know two things. I have an EVER so slight Apple bias. Second, I had a dreadful experience working with Samsung on a quality and process issue about 20 years ago that left a lasting impression on me about the company. It could be suggested that if you combine these two facts, Allison may have taken great joy when Samsung’s phones exploded and broke when folded. I’ll grant you there’s probably a bit of truth in that.

I’ll also grant that those two facts caused me to not be surprised when these failures happened. When I dealt with Samsung, I spoke to 9 separate people, wrote 2 letters to the CEO and in 5 months it cost me $50 to never get a functioning monitor from them. It was clear that there was an endemic lack of process in the company that went up and down the chain of command. Not one person I dealt with did what they said they were going to do, down to the very last person who sent my refund check (less the $50 shipping) to the wrong address.

But let’s pretend that you didn’t know all this about the inherently bad communication and accountability within Samsung. Should you feel sorry for a company when they produce a bad product or make a huge mistake?

Did anyone on any podcast or blog or TV show express empathy for Apple when they had that critical bug in High Sierra that allowed someone to log into a Mac using root as the login and an empty password field if they clicked the login button often enough? No, they did not express sorrow for Apple. They roasted them alive. I’m not saying Apple should have gotten a pass either. That was a giant, stupid, awful bug that put our security at risk and they should have been called to task for that. I did not feel sorry for them at all!

Do I feel sorry for Apple for making a keyboard that so many pundits dislike? Nope. I wish they’d make a better keyboard. I think it would be in their best interests to do so. I think they had a vision of what could be better, they weighed the tradeoffs and they bet the wrong way on how people would view those tradeoffs. But I definitely don’t feel sorry for them for making the wrong decision.

I remember hearing someone years ago explain that there’s a natural human condition that makes us want to knock the top dog off the top of the heap. I think that’s part of this. While Apple doesn’t have the top market share by a long shot, they do make most of the money, and they seem to still be winning the mind share of what’s cool to own.

So yeah, I do have an EVER so slight Apple bias, but I still think that it makes no sense to feel sorry for a company when they make giant mistakes. I expect that this diatribe will backfire one day when I say that I feel sorry for Apple about something, and I’m glad to know what you’ll call me on it when it happens! In any case, I feel better now.