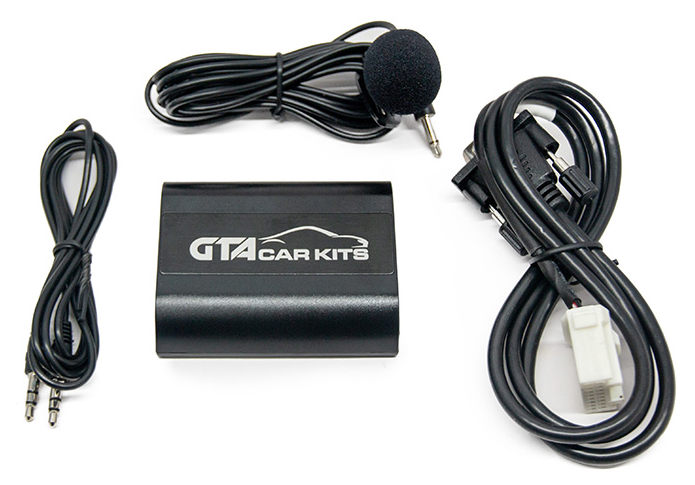 While I admit to some envy of Allison driving around in a brand new Tesla, I’m still happy with my new car. I say new. It was new when I got it. 13 years ago. I’ve adhered to the manufacturer’s servicing program almost perfectly, including having the servicing done by them, and it has barely given me any problems in the 100,000 km I have driven it. 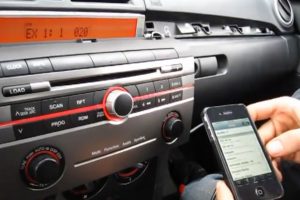 Being a 2006 mid-trim model, it came with an in-dash 6-CD changer and an auxiliary input jack and even steering wheel audio controls. In 2006 that was pretty nifty, but now my music lives on my iPhone, or even in the cloud. CDs are so clunky in 2019 and even if I wanted to listen to the radio (I don’t) the aerial is busted.

So for the last five years or so, I’ve been using a Belkin Aircast Auto which is… functional… but really quite annoying. When I’m driving at speed, there’s enough road noise to mask the hum and occasional other noises the unit emits through my speakers but in traffic it is quite audible. One of the noises sounds like a turbo whine that rises with engine RPMs — entertaining but less than ideal. The microphone works but callers have trouble hearing me. So does Siri.

A couple of years ago I asked the dealership where I have my car serviced whether they could fit an after-market Bluetooth unit. “Sure.” they said. “How much?” I asked. “Around $800.” they said. “I’ll let you know.” Yikes! I dropped the idea and soldiered on with the Aircast. Until now.

A while back I decided to research the market to see what was available and came across GTA Car Kits. This company sells a huge range of kits each engineered to specific vehicles. They cover fourteen different car makers, many models from each, and many different model years, some I found going as far back as 2002. About a month ago I finally decided to go ahead and order one.

I entered the details for my car and was presented with two choices — a wired solution that would give “iPod control” with an optional Bluetooth Extension module, or the Pure Bluetooth solution which also includes a wired Aux option. I went for the Pure Bluetooth model as that was the whole point of my purchase.

Before I purchased the unit, I was able to watch the installation video that GTA have on their site, so I was reasonably comfortable that I would be able to install it myself. The unit arrived less than a week after I placed my order, then I set to work installing it.

I had the installation video on my iPhone to guide me through the install process. Between the visual of an actual installation and the comprehensive commentary, there were almost no surprises during my install. I found it useful to be able to see the location and angle of the clips on the fittings I had to remove, so I wasn’t too afraid of applying the necessary force when it became necessary.

The big surprise came when I removed the head unit from the dash and found the expansion port on the back already had something plugged into it. I was crestfallen for a moment before I realised what it likely was. Unlike the car in the video, mine has a factory fitted power socket (aka cigarette lighter socket) and aux port in the centre arm rest. I spied 5 wires emanating from the unexpected plug and deduced these would correspond to a 3 wire stereo signal and two wire power. I elected to remove it and carry on.

The rest of the install went to plan, though at one point I looked down and noticed blood on my finger. I have no idea which part of the dash I cut it on. After a quick wash up, I put the final pieces back in place and it was time to test it.

The unit takes advantage of an “extended” mode which I believe is intended for an external CD changer unit. After turning on the power and pressing a few buttons, I was able to see “GTA Car Kit” appear as an available Bluetooth device on my iPhone. I was in business!

The kit promised CD-quality sound and the ability to control the audio on the phone using the car’s own buttons. It all worked as it should. At least, it did during that first test.

The next time I got in the car I was expecting the pairing to be automatic and it sort of was. The radio beeped and a moment later my iPhone began playing audio… out of its own speaker. I tried unpairing and re-pairing and all worked as it should again. The next time the same thing happened. The phone was seeing the Bluetooth and pairing with it, as evidenced in the Bluetooth settings, but was not sending the audio over that connection. Out of my first 8 starts, it worked properly twice.

I was already emailing GTA about the unexpected plug and so asked about this behaviour. Maurizio responded by asking me for a few details of my specific stereo and then offered a possible solution — quit all background audio apps on the phone, as this had fixed the problem for some other customers. He said there is a problem with the Bluetooth drivers in iOS 12 and that Apple are working on the issue. I quit every single app on my phone and the next two times the phone properly paired straight away. Since then it has failed again as I have already described, so now I either quit the apps before starting, or do the dance of the Bluetooth connection. It’s a bit of a pain when I’m doing a lot of short journeys, but hopefully Apple sort it out in a future iOS release.

Overall, I am very happy with my GTA Car Kit. I had not considered the loss of the factory aux and power, but the kit provides its own aux, which I fitted, and also an optional charging cable which I may add later. The difference is that the factory items are both sockets, flush fitted inside the centre console, where as the GTA has a cable ending in a plug for both. For the aux that is better as no additional cable is required, however for the power I will have to choose to install a Lightning cable with the possibility I may later need to swap it out for USB-C for future phones.

I’m loving the crisp audio, sans any hums or fake turbo whine, and the direct control I now have from my steering wheel. I can even answer and hang up phone calls from the steering wheel. Did I mention the kit comes with a microphone? I’ve yet to test calling, but Siri does hear me, I think, more clearly. With Siri, though, who can tell, right?

I have also been impressed with the support from GTA. I’ve exchanged a number of emails with Maurizio on the topics I’ve mentioned and he’s always been really helpful.

My GTA Pure Bluetooth module costs $139 direct from GTA. The wired unit costs $84.99. I checked to see if Amazon sell them and found some that were very similar in appearance but did not include the microphone nor aux cable. In any case I would recommend buying direct from GTA for their clear ordering process to ensure you get a model suitable for your vehicle, and for their excellent support.