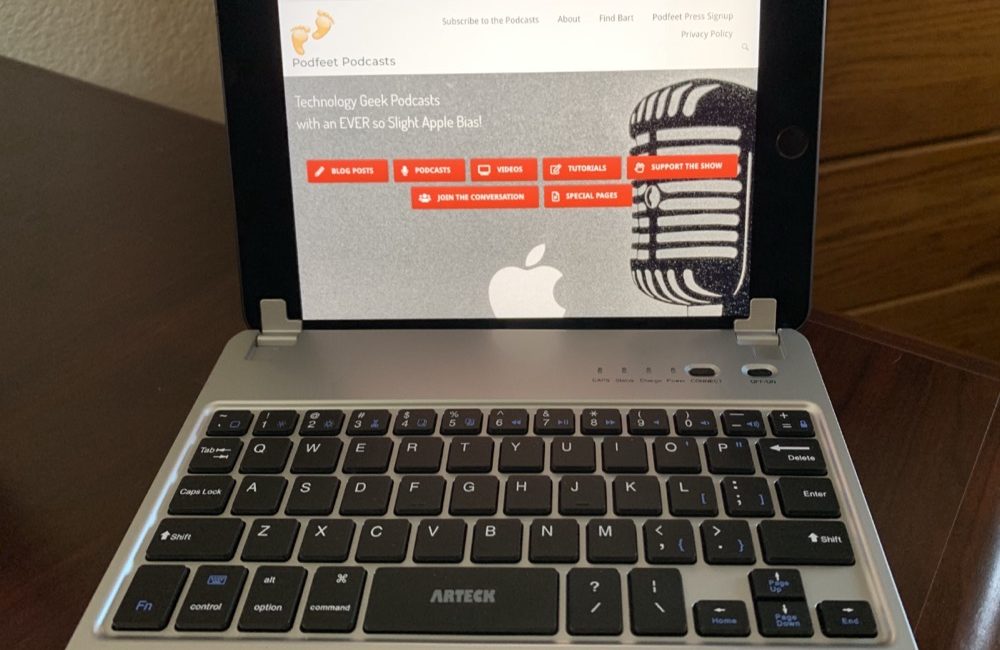 In April I wrote a post entitled Does the New iPad mini Have a Place in Your Digital Life? In my bottom line, I wrote:

The bottom line is that I’m delighted with the iPad mini and it’s found many places to squeeze into my digital life. If I had to give up the 12.9″ or the mini, the big-girl iPad would definitely win out, but I still love the little device. I find myself carrying it about the house, throwing it in my purse “just in case” and just generally playing around with it much more than I ever did the 9.7″ iPad Pro.

But guess what? The novelty wore off. I’ve found that it’s main purpose is to make my purse heavier. I took it on our trip to Chile and didn’t take it out even once. It was so forgotten that when I went through security to get on the flight home, I took out my MacBook Pro and my 12.9″ iPad Pro and entirely forgot to take the iPad mini out. That move earned me the double-secret body search.

I thought maybe I was reaching for my iPhone before the mini because the iPhone had cellular data. So I put one of my Google Fi data sims into the iPad mini to see if ready internet would make me reach for it when out and about. Nope, that didn’t cause me to change my behavior.

I then attacked the problem of how difficult it is to type on the iPad mini. I mentioned that in my initial review. The device is too big in portrait mode to type with two fingers, and in landscape the Apple case is too floppy to hold the device up at the right angle. It keeps flopping down to flat on the table. Completely useless in the lap too.

I couldn’t decide between two different keyboards so I bought them both. The two keyboards I bought were the Logitech Ultrathin Keyboard Cover for $33.20, and the Arteck Ultra-Thin Keyboard Folio for $22.99. Let’s start with the well-known awesome keyboard company Logitech.

The Ultrathin Keyboard Cover is an odd design. When used as a cover, the iPad connects to the keyboard using magnets along one side, just like the Apple cases. Closing the keyboard to the iPad causes the iPad to sleep and it’s a fairly sleek design. In order to actually use the keyboard though, you have to disconnect the iPad from the magnets and stick it into the little slot which gives you one viewing angle.

The advantage is that this makes a very stable base so typing on a lap would be easier. The Logitech Ultrathin Keyboard Cover weighs in at 12.8 ounces which is pretty svelte.

I’ll tell you what I liked about the Logitech first. The keyboard, while quite small, was really pretty usable. I’ve always liked the feel of Logitech keyboards and this one did not disappoint. I was able to type fairly accurately which was surprising.

Now for the downsides. The device I was shipped had the polarity of the magnetic closure hinge reversed. That meant I was literally unable to stick the iPad to the keyboard and close it. Completely defeating the purpose of having a cover-type keyboard. But that’s not all. The Logitech keyboard only worked if it was plugged into power. Yep, the battery would not charge. Oh, and the box was partially in French for some reason and the tiny manual inside was for a completely different keyboard. It felt bootleg, but it was shipped by Logitech themselves.

In summary, great typing, but other than that, complete horse poop as Bart would say. I returned the keyboard and got a full refund from Amazon. It’s possible I just got a bum unit and the 1013 customers who gave it 3.5 stars aren’t lying, or perhaps they bought the $69.88 one on the same page and it’s a good model. The black one looks just like the silver one I got so I don’t really know if there’s a difference.

Next let’s talk about the Arteck Ultra-Thin Keyboard Folio. Logitech set the bar really low to beat, but I wasn’t super optimistic based on the price. The good news is the Arteck keyboard actually works when not plugged into power. It has a little connect button for Bluetooth connectivity and an on/off switch to conserve power.

The hinge connection is really nice. It’s a long, rubber-lined piece that goes on the back of the iPad with two small rubber-lined clips on the front. It feels very gentle to the iPad.

When closed, it does add some bulk to the back to have that ledge for the connection of the hinge but it feels secure. Weighing in at a diminutive 8 ounces it was far lighter than the Logitech.

There’s just one thing wrong with this device. It’s a simply dreadful keyboard. Probably the main problem is that the space bar is really narrow, and offset from center. Instead of being centered between the G and H keys, it’s centered on the G and is only as wide as from F through H. The sacrifices they made on this keyboard are not limited to the space bar.

So other than the fact that the keyboard is entirely unusable, it does charge and connect to the iPad properly.

The bottom line is I don’t think I can recommend either the Arteck OR the Logitech keyboards for iPad mini. I think I’ll have to figure out a use case for the iPad mini that doesn’t include much typing. Maybe I’ll leave it next to my chair in the TV room and see if I reach for it to look people up on IMDB…