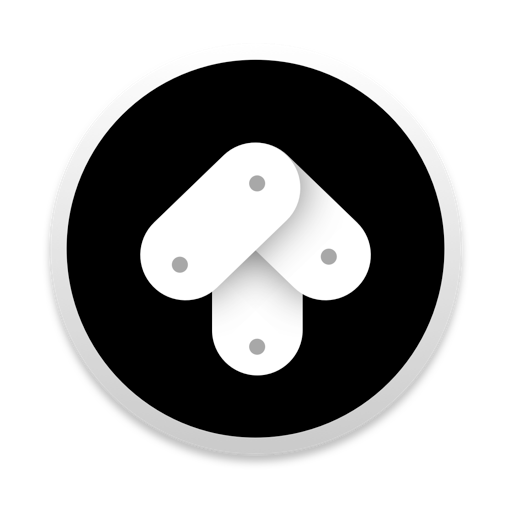 One of my pet peeves in app development right now is how many services only work on mobile. I know I’m an old lady but I really like to type and interact with the world via a big-girl keyboard on a real computer. Don’t get me wrong, you couldn’t pry my phone out of my cold, dead hands, but if I can type for real, I’m going to do it.

A shining example of this annoyance is Instagram. I want to be a good Instagrammer, but being restricted to only using my iPhone is irritating as all get out. The worst part is that Instagram actually works via the web interface at instagram.com, but there’s no plus button so you can only look at other people’s content; you can’t add your own.

Last year I did a blog post entitled How to Use Instagram from a Real Computer that gave you a little trick to fix this problem. If you enable the developer mode in Safari (or use the already available developer mode in Firefox), you can change the User Agent Switcher to iPhone, thereby tricking sites like Instagram into thinking you’re on a mobile device. As soon as you do this, you get the Plus button. Even with this trick, you don’t get access to Instagram Stories.

This is an annoying hack and I don’t like that I have to do that just to play with the cool kids. Instagram isn’t the only site doing this.

You may remember back in November of 2009 on episode 233 when Bart Busschots told us about Fluid, an app that would allow you to create site-specific browser instances.

There’s a new kid in town called Flotato from flotato.com that creates site-specific browsers, but It creates the iOS versions of those web apps. With the iOS versions on your Mac, you can run many of the applications not made for the Mac.

Flotato is free for 2 apps and if you want or need more, a full license is $19. This works out pretty well because if you’re really only irritated by Instagram not having the darn plus button, you can get a completely functional version for your Mac through Flotato for free. But if you find you really like having lots of web services in their own little apps, you can shell out a few bucks and go bananas with all the options.

When you launch Flotato, you’ll see a grid of pretty app icons and their names, each with a “Get” button below it. The apps chosen for Flotato don’t by any means encompass all of the mobile apps in the world, but it does seem to have a lot of the usual suspects that you might want. Here’s how Flotato works. We’ll use Instagram for the explanation. Ready? It’s super complicated.

Instagram now acts like any other app on your Mac. You can see it in your Applications folder with its normal icon just like on the phone. You can put the icon in the dock. You can launch via Spotlight or Launchpad. Instagram has the plus button at the bottom and Instagram stories at the top and functions exactly like Instagram on iOS. And you created it virtually instantly with Flotato. Isn’t that crazy?

There’s only one way you can tell the difference between this app and a “real” app. At the top left of your screen, instead of saying Instagram, it says Flotato. But when you quit the app, it doesn’t quit all of the Flotatos, only the one Flotato app you’re currently using.

If you use Facebook, even against your will, how annoying is it that on the desktop, Facebook Messenger is this irritating little tiny sub-window on the page in Safari? Flotato’s got a Facebook Messenger app so you can interact with Messenger without firing up Facebook and getting sucked into non-productivity.

Remember when we had a Twitter client on the Mac? I never used it because I’m a Tweetbot fan, but a lot of people were irritated when it disappeared. With Flotato, you can have what feels exactly like the Twitter app back on your Mac.

Some apps show up in Flotato but are marked as “Not Flotato”. That seems pretty weird but I think I understand why they say that. Discord, Slack and the other apps marked as Not Flotato are actually already web apps, so Flotato doesn’t need to recreate them. Not sure why they didn’t just skip including them though.

If you have a web app you enjoy and it’s not available in Flotato natively, you can make your own Flotato app. Let’s say you’re super excited about the new button on podfeet.com that takes you directly to Security Bits. It turns out that button just takes you to the url: podfeet.com/blog/category/security-bits/. You could make an app that is dedicated to reading your favorite security updates blog.

The first “app” in the Flotato interface says Make Your Own. If you select the Start button under it, you get a couple of easy-to-answer questions. The first is the web address, and we already know that. Then you make up a name for this new application you’re creating. Finally you choose whether you want your web app to be the desktop or mobile version.

As you enter this information, there’s a little window that will show you what it would look like when it’s really running. This can be especially helpful if you want to flip back and forth between the desktop and mobile options. I think the ability to roll your own is how you’ll end up wanting to pay the developer for such a useful app. You could even make a web app called Amazon that in reality went to podfeet.com/amazon!

With a home-made Flotato instance, you can create a square slice of the screen and keep it active in your dock. That sounds nutty but in some instances, it’s pretty handy. We have a weather station, so I created a Flotato App that shows the weather at our house. Then I made a slice of just the temperature, and now I can see the temp outside right in my dock.

The way you create these little slices is very odd. With your new web app open, in the menu bar under App, you choose Dock Monitor Active. Then on the web app, you’re invited to drag your monitoring area. They want you to drag across a square area. Once you do that, the dock icon for that app will show the area you chose to monitor real time. It’s pretty cool. I undid it though to follow the steps again and I couldn’t get it to work a second time. Probably operator trouble.

Flotato is a really cool service that solves some real problems for me. It’s wicked fast to create apps, I finally have a functional Instagram app, I can use Facebook Messenger when I must as a floating app, and I can create my own web apps. These apps are just little WebKit windows so they are super responsive.

If you want to try it out for free, go for it, and if you get great value out of Flotato, it’s only $19 at Flotato.com. After figuring out everything Flotato could do in order to write up this review, I bought Flotato myself.