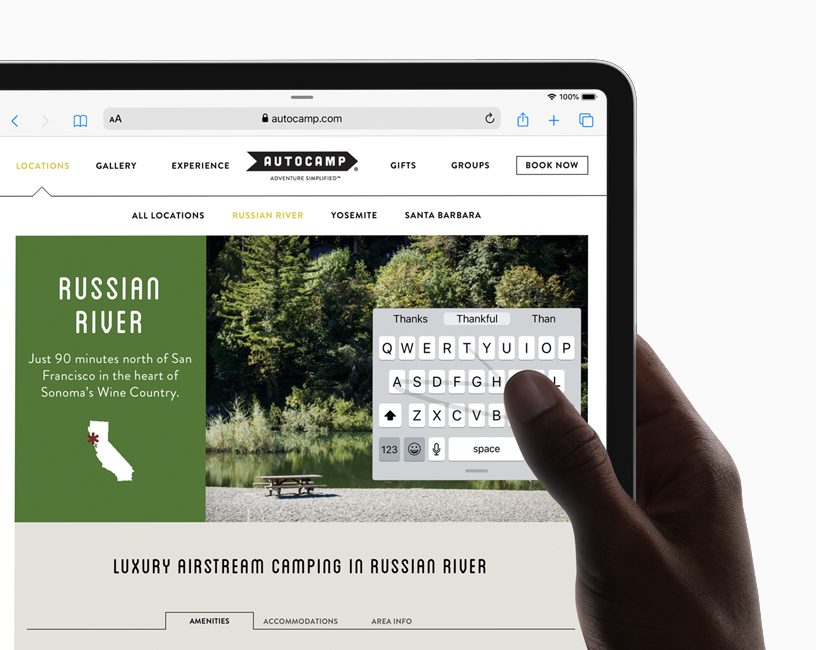 If you’ve been playing along for a while, you’ll remember that I was super sad when the MyScript folks decided to stop supporting their MyScript Stylus 3rd party keyboard for the iPad. This magical keyboard allowed you to use Apple Pencil to write by hand, and executed real-time optical character recognition so everything you scribbled turned into typed text.

I generally like typing much better than writing by hand but there was something exceedingly pleasing about handwriting scribbled notes when I was in a lean-back iPad environment, like having my morning coffee in bed. I’ve tried to get over it, and the superb Apple keyboard for the newer iPads Pro has helped me in that transition.

But I’ve still been unhappy with typing on iPad mini. The onscreen keyboard is cramped and it’s hard to hold the small iPad in a convenient way to use that keyboard. In August I reviewed two absolutely dreadful physical keyboards for iPad mini, so that didn’t solve my problem.

But now with iPadOS 13, I may have found a solution. If you’re using an iPhone on iOS 13, you probably know that you can now use slide gestures to type on iPhone. You may need to enable it in Settings → General → Keyboards → Slide to Type. You won’t see any change to the keyboard, but you can now slide your finger around and get close to the right characters, and the brains of the iPhone figure out what you meant to type.

I’m really enjoying it on iPhone, especially when trying to type while being driven down a bumpy road. With normal typing, my finger would often double tap accidentally, or by the time my finger got to the phone it had moved and I’d hit the wrong letter. I’m not sure I’m faster yet with swiping around but it’s more pleasing to me.

By the way, Android has had this option for ages. You could get third-party keyboards that gave you swipe typing, but it’s not the same as having the capability on the native keyboard.

I wanted to make sure we were all on the same page before I explained how the slide keyboard may have made me happier with typing on iPad mini.

As soon as I put iPadOS 13 on the mini, I tried swiping on the keyboard. But it didn’t work! I jumped into Settings → General → Keyboards and noticed that the terminology for slide typing was slightly different. Instead of Slide to Type, it says Slide on Floating Keyboard to Type.

This is a new feature of iPadOS 13. In OS 12 on iPad, you could split the keyboard so half was on the left and half on the right. This sounds like it would make typing easier because you could hold the iPad with two hands and the left thumb would type the left letters and the right thumb the right letters, but for some reason it wasn’t easy at all. Maybe some people got the hang of it but I found I had to look left, look right, back to left, and it was more cognitive load to try to type than it was useful.

They still have the split keyboard in iPadOS 13 on the mini and other smaller iPads, but not on the Pro models. In any case, I think the floating keyboard is much more useful. If you pinch with two fingers on the keyboard, it literally shrinks up and now you can drag it around on screen by the handle at the bottom.

Once you make it floating, as long as you have the toggle turned on in Settings, you can now slide with one finger on the floating keyboard to type, just like you can on the iPhone. I definitely like this better than trying to use the full-sized and yet still cramped onscreen keyboard to type on the iPad mini.

But I found something even more pleasing. Remember I bought the Logitech Crayon (now only $50 on Amazon) to use with the iPad mini? Well, Crayon plus slide keyboard is fabulous together. I can’t explain it, but it feels like the joy I used to have with MyScript Stylus. It’s smooth and precise and happy making.

By the way, if you search for “Slide to Type” in Apple’s documentation, you won’t find it. It’s not in their support documentation anywhere. I even downloaded the iBook, written by Apple and entitled iPad User Guide for iPadOS 13.1 and searched for Slide to Type and couldn’t find it. Finally I searched for keyboard, and found that in their documentation, they call this feature QuickPath. Well that’s super helpful, Apple. Thanks for naming it two different things!

In any case, I may be the only person who will enjoy using a Crayon to slide around on a tiny floating keyboard on iPad mini, but it makes me happy.