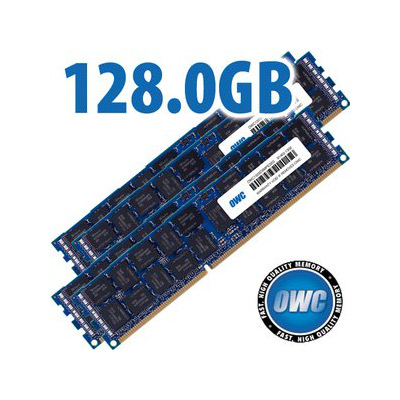 Hi Allison, I hope you don’t mind this dumb question coming in written form. I want to know: What do people do with these crazy high amounts of RAM? Yes, that includes you with your shiny new MacBook Pro.

I remember when I was a kid and still using Windows, when my parent’s computer had only 512 MB of RAM, trying to run JAWS (a popular Windows screen reader and a notorious RAM hog, even to this day) with anything more than a Word document or Internet browser was almost impossible.

Then I had to petition the school to get me a laptop with 2 GB, then I got my MacBook Air with 4, and now my brand new shiny Mac mini with 16. It seems that as technology advances, we need more and more RAM, but something as high as 128 GB in an iMac Pro, or 1.5 GB in the new Mac Pro… what is up with that??

I should also note that I am a VoiceOver user, so the requirements and intricacies of photo and video editing are kind of unknown to me, even if I future-proof my own RAM needs because VO is always running. But 1.5 TB, really??

This is a great question, Chelsea!

The basic thing to remember is that access to RAM is fast, while disk access is slow. Modern SSDs have replaced spinning drives, which has significantly narrowed the gap in speed, but even an SSD is still slower than RAM. One reason for that is that the RAM chips in your computer have a faster data path directly to the CPU (aka processor). In contrast to your disk, RAM is directly connected to the CPU on a wide and fast bus. Now, why does that matter?

If you can do as much as possible in RAM, you’ll go faster than if you have to swap out to disk for a given operation. As RAM prices have come down, applications have been built that demand even more RAM. Our operating systems have gotten bigger too, which will take advantage of more RAM.

In addition to our operating systems and applications, the files we manipulate with our computers have dramatically larger over time. For example, back when your parent’s PC had 512MB of RAM, digital photos were wee tiny. I just pulled up some of my earliest digital photos from 2003 and they’re under 100KB. Today’s iPhone photos are 2MB. RAW photos from my big-girl camera are 15MB. That’s 150X as big!

When we process RAW photos from a grown-up camera, or even our iPhone photos, if we had to swap to disk we’d really hate using our computers, so we need more RAM. Now take it up a notch and think about editing video. We used to shoot 640×480 video but now 4K is common on a mobile phone. That’s nearly a 30X increase in data. You could edit 4K video on an 8GB RAM system but you’d be really unhappy because you’d be swapping to disk like crazy.

When you add a transition between scenes in a video, or maybe blend multi-track video together and have music tracks, you’d be sitting twiddling your thumbs every time you made even the smallest cut as it rendered the data.

You specifically explained that you’re a VoiceOver user so editing photos and videos has no meaning to you. And I gave you photo and video examples. So let’s bring it into your world. I wrote to blind audio engineer Slau, who owns his own recording studio and asked him about his work. My exact question was, “Do your giant multi-track audio thingys go way more faster when you have gobs of RAM?” Sorry to get so technical!

Oh, yes, absolutely. While there are outboard hardware units that provide digital signal processing, most people are using their computer’s CPU for DSP (which would have been unthinkable a few decades ago). These days, virtual instruments (sample-based instruments with vast libraries of audio files) use a tremendous amount of DSP power and, the more RAM you have, the faster these instruments load and perform.

Now you asked about insane amounts of RAM so we need to take it up a notch.

There’s 3D modeling, analysis of large data sets like weather or telemetry data and machine learning. What about making a full-length feature film? That’s when you start needing the kinds of insane amounts of RAM you mentioned. Alex Lindsay of the Pixel Corps talks about virtual reality models he’s making that take more than a day to render, so 1.5TB of RAM probably doesn’t sound insane to him at all.

You mentioned that I bought a 16″ MacBook Pro with 64GB of RAM, which I thought was insane when I bought it. But you know how no matter how big of a closet you get, you figure out a way to fill it, and no matter how big your disk is you find a way to fill that? Turns out that the macOS (and I’m sure other OSes) will take advantage of however much RAM you have available.

My 2016 MacBook Pro had 16GB of RAM, which was the max possible at the time. Before I got the 16″ MacBook Pro, I would have told you that I was never limited by that RAM. But today in studying up to answer you, I discovered something fascinating.

I noticed that I had 28 applications open at once. I opened up Activity Monitor and selected the Memory tab. Down at the bottom you can see a little chart that describes how much total memory is being used in a couple of ways. I decided to open the same 28 applications on my 2016 MacBook Pro with 16GB and compare the memory usage of the two computers.

The 16GB Mac showed memory used of 13.77GB, cached files of 2GB and swap used of 2.81GB. Yes, it was already swapping to disk, even though the normal memory usage was only 13.77GB of the 16 available. But here’s where it gets interesting. You might expect the machine with 64GB to also be using around 14GB. But it wasn’t. It was using 41GB of memory! It was able to put 13.66GB of cached files into memory as well. That left right around 9GB free, so it didn’t swap to disk at all.

The bottom line is that no matter how much RAM we put into computers, our applications, operating systems, and imaginations will find a way to use all of it.

1 thought on “Dumb Question Corner – Why Do We Need Insane Amounts of RAM?”