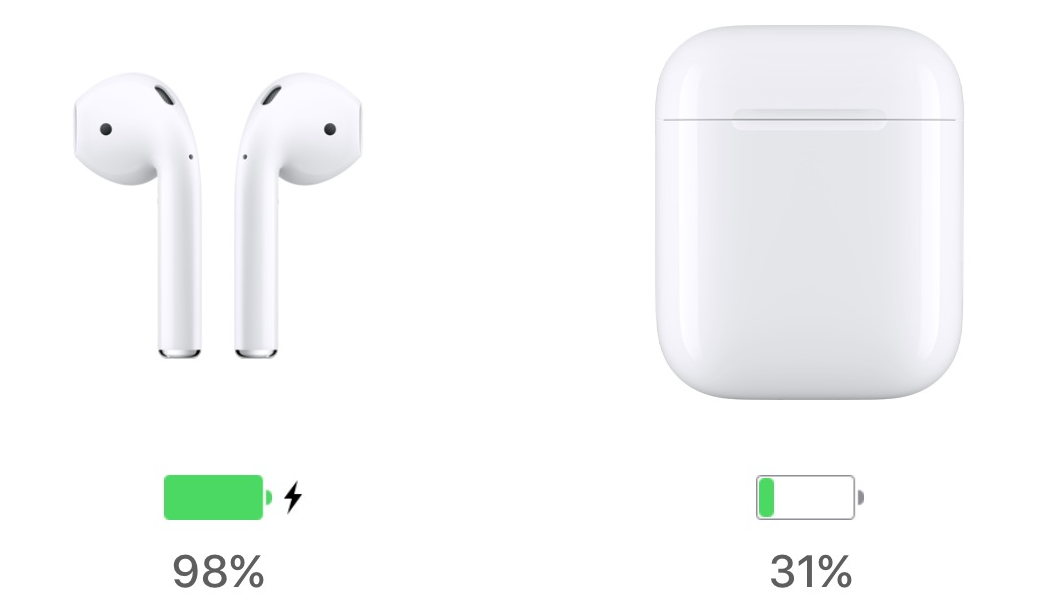 I’m not sure if it’s nostalgia, genuine curiosity, frustration with current products or desire to shake up the monotony of my gadget life, but as of late, I’ve been exploring some of my favourite Apple products from days gone by.

One of the interesting things to come out of switching from current generation hardware back to a 4th Generation iPad was that I found myself using the headphone jack a LOT more than in recent years. Actually, this started when I decided to use an old iPhone 5s I have with some 3.5mm EarPods to help me sleep sometimes. I leave the set by my bed, because I like having a dedicated setup, which leaves my main iPhone & my AirPods charged for the next day.

But this was also partially due to recent frustrations with my AirPods. I purchased a set of AirPods within the first few weeks after they were made available for sale in December of 2016.

Now, right off the bat, I want to say: I think they are a FANTASTIC product. I enjoy using them. I just disagree with some of their design choices. Now, seeing as I’m neither an engineer or designer, I’m shooting from the hip here. But I can only give my honest, long-term thoughts & opinions which are based on primarily using them as a customer.

With that said, here we are, three years later, and the batteries on my 1st Generation AirPods are frustratingly useless.

Additionally, my AirPods would occasionally cut off randomly, despite the battery indicator on my iPhone showing that they had plenty of power left. I attempted to calibrate the batteries by running the AirPods & the case down to zero & then charging everything back to 100%. This seemed to help… slightly…

However, there’s no doubt that these AirPods are significantly less useful (and less fun to use) now. I understand the way that batteries in modern devices work. They have a limited lifespan & charge capacity & when that’s all she wrote, the Apple Pencil breaks and now she writes no more…

Wait. I think I’m mixing metaphors here, but… I have functionally usable AirPods which are growing increasingly non-functional, simply because of the battery.

And yes, I know that Apple offers a ‘battery service’ option for old AirPods. You bring your AirPods to Apple, ask for the battery service, part with some of your hard earned Hoonyackers & depart with one or more new AirPods. However, as the cost per AirPod, at least in the US, runs $49 USD, if you need to replace both of them, it can run you rather close to the cost of simply buying new ones.

I remember seeing AirPods on sale over Black Friday for $139 USD, so if you can find a good deal on them, it almost makes it not worth it, especially if you have the 1st Generation AirPods like me.

And this is my frustration.

I have headphones from a decade ago which still work! I mean, sure. I’ve had to replace a frayed cable on them a couple of times, but it was possible for me to do so. In contrast, the AirPods are simply not serviceable. Despite Apple referring to this as a ‘battery service’, what they really mean is that they are exchanging your AirPods for new ones. The old ones should be disposed of properly.

And sure, the legendary predecessor to the AirPods, the iconic EarPods (as well the classic round design earbuds!) had no shortage of problems, too. The cables would fray & over time, they would not work as well as before.

But if you were daring enough, you could fix them yourself, or you could simply buy another set of EarPods for $29 USD from Apple. Not $29 per ear; $29 per set. I realise I am comparing two different kinds of products, but Apple seems to be expecting us to pay $150-$250 for our first pair, followed $100-$170 every few years for replacement AirPods & it makes me uncomfortable.

I know they have AppleCare+ for $29, but you only get two years. And besides, as the cost of ownership increases, so does my expected return on investment. I’m usually fine with paying a premium for Apple products, because the experience is usually more enjoyable & I know that what I buy will most likely last for a lot longer than similar products. (And hold its resell value better, too!)

And I love AirPods. I really do. But they offer almost none of these typical Apple product benefits. There’s zero resell value. And given that two years of regular use seems to be the lifespan of the batteries inside, it almost seems as if AirPods are really just ‘headphones as a service’. Use them for a few years & then get new ones!

Now, perhaps if Apple included AirPods free of charge with new iPhone purchases, instead of wired Lightning EarPods, my complaint would be irrelevant. The AirPods would most likely last the lifetime of your phone (or, at least, most of the way…) and would be upgraded when you do. I’d be stunned if they’d be willing to give up such a large & profitable part of their sales, though.

The prospect of a completely wireless future sounds appealing, but unless & until battery technology improves, there will still be trouble spots. Going forward, for me at least, now firmly aware at just how long AirPods batteries will last over time, I doubt I could enjoy them like I used to without obsessing over the batteries. (It also doesn’t help that there’s simply no way to check cycle counts or battery health!)

I was thinking about other Apple products which are in the same situation as AirPods. Products which, if the battery dies, they are literally rendered unusable. The closest thing I could find was Apple’s Magic Mouse 2. Due to the Lighting port being placed on the underside of the Magic Mouse 2, it’s not possible to use the mouse while it’s plugged in.

In contrast, while the Magic Keyboard & Magic Trackpad 2 are also in the same boat, these two products also have a life preserver: plug in a Lightning cable & they become wired peripherals. And yet, unlike the AirPods, it does seem possible to open & replace the batteries on all three of these peripherals, so it’s still not a 1:1 equivalency,

That’s really all I’m asking for. I know I am definitely in a firm minority here & I know I’m asking for something that will never happen. Gadgets culture has become, by and large, disposable culture. If the reaction to Apple offering discounted replacement iPhone batteries in 2018 is any indication, most people would never even think about replacing the built-in batteries in their devices, just like most people won’t ever upgrade the RAM or storage in Macs which still have that capability.

But building products with either a serviceable battery OR some kind of “release valve”, where long-term users can still have some kind of have partial functionality, is something I believe we should bring back as we head forward into the next decade.

After all, for a company that prides itself on touting its environmentally friendly policies, it’s frustrating to see them create a market for a product that is inherently disposable. I wish they had designed them in such a way where they could actually replace the battery. I know! That might be easier said than done, but one of the things I love about Apple products is that, with the right parts & a bit of skill, you can repurpose things & give them new life, even years after Apple has deemed them obsolete.

Sure, Apple’s current line of portables come with “non-user serviceable batteries”, but… it’s just a suggestion, right? I mean, yes. Apple offers a reasonably priced battery service where (gasp) they actually replace the battery in your device, instead of just replacing the device! Same for iPhones & iPads! Plus, unlike AirPods, you can still use all the aforementioned products, even with a dead battery, simply by leaving them on AC power.

And that’s the point. If Apple can replace the battery, then a decade from now, YOU can, too. Or you can find a friend or an independent repair shop to do it for you!

And to be fair, this isn’t just an Apple problem. It’s an industry-wide problem. Things are being made to be disposable and it’s such a wasteful practice. Serviceability & recyclability extend the natural useful lifespan of a product. Case in point: I have a dozen old iPhones that have been given new lives as game show & quiz controllers, through a simple, cost efficient battery swap.

And all of these frustrations have lead me on a journey back into, among others things: wired headphones, imitation AirPods & repurposing gadgets which many consider obsolete.

But that’s all a story for another time…

Although, I will say… a little birdie tells me that perhaps it IS possible to make AirPods-like headphones with replaceable batteries?! Tell me more, Allison!

And until next time… Ijo! Kaylee deshita! Bye bye!