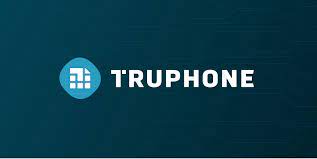 I know that the NosillaCastaways are a very tech-savvy group, but I’m just going to go over the basics of Family Setup for the Apple Watch, just in case there are people out there who aren’t really familiar with it.

What Family Setup allows you to do is to set up an Apple Watch for a family member who doesn’t own an iPhone. For example, this could be for a spouse who doesn’t necessarily like technology, they don’t want to carry a phone around, but you still need to get hold of them. So you can set this up. and they can receive phone calls and send texts from their Apple Watch. Another example might be a relative who’s got a lot of medical issues, and you want them to be able to call you or 911, just in case of an emergency. And that’s really important.

But more important than that, you’re also giving this relative the ability to interact with other people outside of their house, which we’ve all learned over the last, you know, nearly two years, how important it is for us mentally to stay connected with one another.

My last example is the one that is most relevant to my situation, and that is kids. My kids are getting to the age where they’re starting to get more independence outside of the house. And that’s a good thing, my wife and I don’t want to take that away from them. They’re roaming the neighborhood a little bit more, they’re coming home on the bus, and they’re making sure they get to the house on their own.

What my wife and I wanted to do was to give my kids a little bit more independence, but allow us to contact them when we need to, or them to contact us just in case there’s an emergency.

Well, here’s the problem. My wife and I use a cell provider called Visible with a V like Victor. Visible is an MVNO which is a mobile virtual network operator that is owned by Verizon. I’m not here to shill for Visible, but it is a really good company. And I’m very happy with it so far, and I’ve been on it for about four years.

Anyway, the problem with Visible is they don’t support Family Setup on their network, even though Verizon does. You can add an Apple Watch to your Visible account for $5 a month, which is ridiculously cheap. But, it is attached to your phone number that’s on your iPhone. So that didn’t work for my wife and me, which was very unfortunate, because we’re both really happy with the service. But it looked like we were going to have to switch to a different provider.

So that left us with AT&T or T-Mobile. And finally, there’s Verizon, Verizon owns Visible, so it makes the most amount of sense for our family to go with Verizon, even though it’s going to cost more money. We’re really happy with the service.

So I go to my local Verizon store, I say, “Hey, I want to switch over from Visible to Verizon”, they’re like great. They tried to switch the numbers over, and since Visible owns Verizon, it’s already a Verizon number, and I can’t switch from visible to Verizon without first switching to AT&T, or T Mobile, or some other cell provider, which is not going to work for me.

So I went to Apple’s support page to see if there are any other supported carriers. And it turns out, there’s a couple of them, US Cellular – not really a thing in my area. There’s another provider called C Spire, which is mostly in the Mississippi area. And then there’s Truphone, and I was like what is Truphone?

Truphone is a company that’s been around since 2006. They started as a Voice Over IP provider, but then eventually they work their way into eSims. So you can use Truphone if you have a modern-day phone, it could be an iPhone or an Android phone, you can get a virtual sim and have a phone number for whatever country you’re traveling to, or I guess even living in.

The really neat thing about Truphone is you don’t need to have your iPhone on their network in order to use family connect. And I think this is the only one, at least operating in the United States. This is the only cell provided that gives you that option.

All you need is iOS 14 on your phone, iOS, watchOS 7 on your watch, and you’re willing to fork over $9.99 a month to Truphone. And I was a little skeptical because I’m going to be honest, their website is not super slick. It’s not bad, it’s just very basic.

When I clicked the link from the Apple support page to go to the Truphone, Family Setup page, it tells you for $9.99 a month you get a US phone number, unlimited data, voice and SMS, no lock-in contract, fast 4G data speeds, and voice calls, which is everything we need, and nothing we don’t.

The only downside is my kids don’t have an Arizona area code, but that’s not the end of the world. But let’s get to the thing you’ll want to know about – how well does this work?

It actually works really well. It is super easy for my kids to use, I can manage their watches from my iPhone. It’s not a big deal. The only downside is that my kids will be up in their bedrooms and I’ll be in the kitchen or something or maybe in the basement and they will call me or text me instead of walking their little booties down the stairs to talk to me. That’s the only downside.

So yeah, I’ve yammered on for long enough. Hopefully, this is helpful to you. I hope you all have a wonderful holiday season.