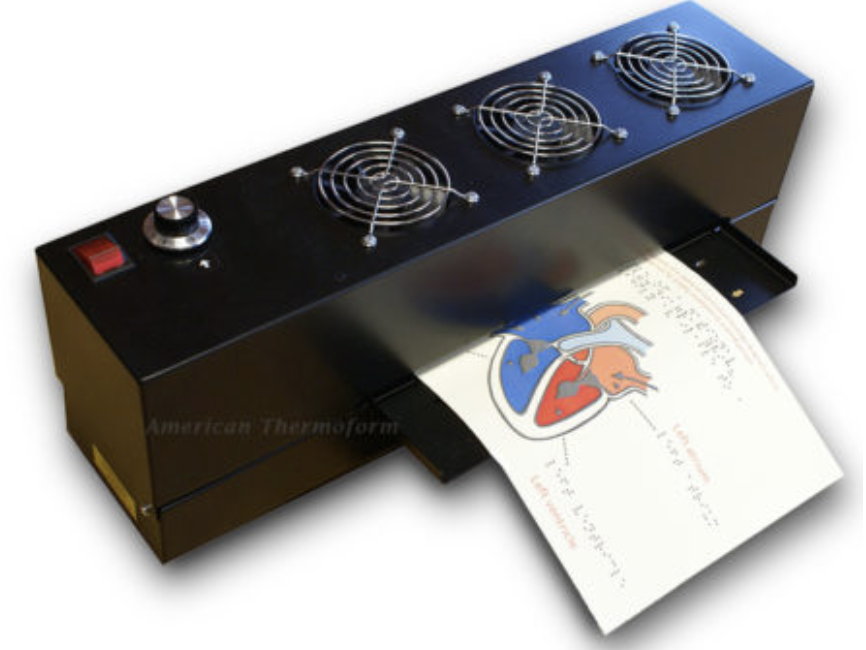 Allison interviews Robert Jaquiss from American Thermoform about a few of their products designed for the blind or visually impaired. The Swell Form Graphics Machine allows the user to create tactile maps, diagrams, text, and graphics for a relatively low cost. It works by first printing the graphic and text onto special Swell Touch paper then running that paper through the Swell Form Graphics printer. Using an internal infrared device, the printer raises all of the black regions that have printed text or graphics to form a page with tactile images. Robert also describes the Braillo Braille Embosser that can produce pages with Library of Congress-spec braille at speeds from 300 – 650 characters per second. Robert concludes by describing the long-used Thermoform process to create braille and tactile graphics on larger maps, signs, graphs, and charts. The setting is the CSUN Assistive Technology Conference show floor at the Marriott in Anaheim, CA.