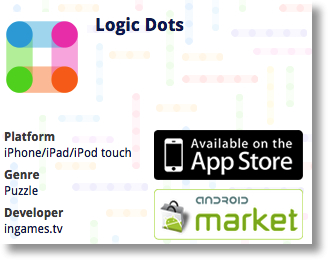 You couldn’t call me a gamer by any stretch of the imagination which is why you rarely, if ever, hear me talking about a game on the show. Bejeweled was a long time favorite from back in my Sony Clié days and onto my iPhone, and 2048 has captured me for the most recent year but other than that most games don’t intrigue me. There have been a lot of complaints lately about the annoyance of in-app purchases and how they work so I wanted to weigh in and describe a game that I think has done it right.

Before I describe it though, I’d like to explain what I hate in games. I tried playing Candy Crush which is a lot like Bejeweled with some interesting twists. You start out for free but the games go from easy to hard in a sharp cliff. One day you’re toodling along happily solving puzzles, and the next day you hit a level that is impossible without buying your way out of it. Same thing happened with Two Dots for me. Fun…fun…fun…impossible, now give us money. I abandoned both games.

Now let’s talk about how to do in app purchases just right.

My new favorite puzzle game is called Logic Dots for iOS and Android, which is free with in app purchase but done in a very elegant way. To play the game you get a certain number of dots (some connected in strings of 2, 3, 4 or more and some standalone). You place these dots on a grid trying to get the total number in a column or row to match with the number at the top of the column or left of the row. To make things interesting, no dots can be next to each other that are not connected, so you end up with dead zones around strings of dots. It’s a fun game of logic to look at the grid and think, “If I put a string of 3 here, then that messes up the 1 over there…”

Logic Dots starts out with a 4×4 grid which has 12 games within it. When you finish that level, you go to 5×5 and on up the scale. The last level is a grid of 12×12. The downside to this ever-increasing grid density is that the grid gets wee tiny in the high levels so I might have to use a stylus when I get that high (I’m on level 10 now). Each time you finish a level (like 4×4), you earn hints. If you can resist the urge to USE these hints to solve a level, you get to keep playing for free. They tell you at the beginning of each new level that you can use hints to buy the next level OR you can give them $2.99 to buy all of the levels. For quite a while I thought it was $2.99 for each level but they mean $3 to unlock the ENTIRE game. That’s the first good thing about the way the developers did the in-app purchase, you know after the very first level that you won’t be out $300 for buying extra donuts. You can have a LOT of fun solving the puzzles before you have to make the decision to pay them too.

The number of hints you get vs. the number you need to buy into the next level goes down, so eventually if you want to keep playing you do have to shell out the $2.99. I managed to make it to level 8 without buying in, not because I was too cheap to pay the money, but because I wanted to see if I could do it. When you get to level 8 you will have to pay the $2.99 even if you haven’t used any hints. I was delighted to pay the money because I’d had way more than $3 worth of fun already!

Now back to why I like the game play so much. In the early levels, they give you LOTS of instruction. Before each game they show you how many of which dot configuration you’ll be allowed to use. They’ll show you, say, a three in a row, a two in a row and two single dots. Now you have to use just that configuration, even if you could solve the puzzle with different configurations. Somewhere along the line you start to notice that that information is available at the top of the game screen, so you don’t need that up front info, and eventually they stop showing it to you.

They have another type of training I like. As I mentioned, dots can’t be next to each other unless they’re part of a string. That means you have to leave blank space around the dots (even diagonally). For some reason this was the hardest thing for me to get the hang of, so I kept forgetting and trying to put dots next to or diagonally from each other. The cool thing is that if you try to put a dot next to another one, it won’t let you, so you try again and again and about the 3rd time you try because you’re a moron who can’t learn, the game reminds you with a graphic that explains why it’s not letting you do that.

There are two things not to like about Logic Dots and I wrote to the developer about them. They have their email address inside the game so it’s easy to contact them which is very cool.

When the game goes to sleep or you put your phone to sleep, it doesn’t save the state of the game you’re on. You don’t lose your level credit (you’re still on 8×8 for example) but if you were partially through solving the game and you put your phone in your pocket for a few minute’s you’re starting over. Starting over wouldn’t be THAT bad, but it takes a full 11 seconds to start up the game each time because they show credits for the different companies that have worked on the game.

The developers wrote back really quickly which was great, and explained to me that they’re planning a fix to the saved game state problem, but didn’t address how long it takes to get into the game in the first place. If I had to pick one thing to fix, it would definitely be the save state!

I don’t want to end on what I didn’t like because I love this game. Remember when I said at the beginning that I hate games where suddenly it’s way too hard or impossible to progress to the next level? Logic Dots is the exact opposite. You’ll get stuck for a bit on a game and then suddenly you have the thrill of victory and even better, the next few will be much easier. You have these hills and valleys so that you don’t fell like you’re constantly working too hard to have fun. You get to slide down an easy valley and then climb back up before you get a chance to be bored by the game being too easy.

If you like puzzle games, enjoy logic, and want a great game for the grand sum of $3, I can highly recommend Logic Dots by ingames.tv from Ayopa Games for iOS and Android.